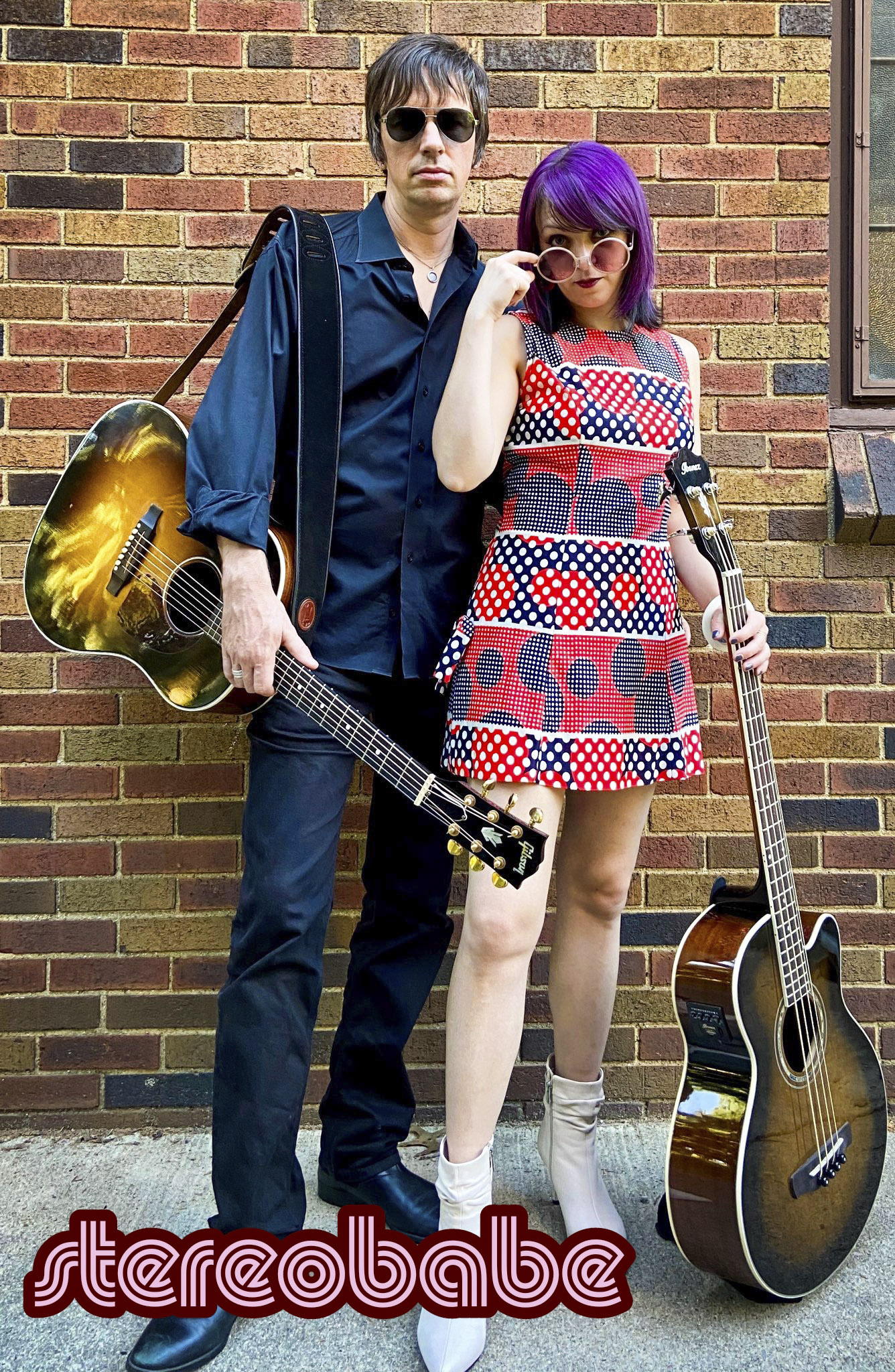 With handclaps, rock and roll, electric riffs, and a sonic breeze sending you into an audio oasis, Canadian / U.S. rockers Stereobabe are rolling through town like a “Tumbleweed” with the release of their new single and video – check it out on YouTube here:

The song is the call and answer for good vibes, classic music, and, as the video shows, quite literally the soundtrack for having the windows rolled down and the radio cranked up.

“While in pandemic lockdown, we started jamming a riff together,” says Stereobabe — aka the magic duo that is Leann Banks (The Von Bondies) and Ted Lamont (Blasternaut). “We ultimately thought the word ‘Tumbleweed’ fit really well, and gave us a lyrical direction to take the song.

“It also gave us a direction to drive!” they continue. “So, we finished writing the song and started planning a road trip to the American southwest to film the video.

“Ultimately, this desert road trip song is about life, love, and adventure.”

Birthed amidst the pandemic’s lockdown, with each musician looking for creative outlets to continue cultivating their craft, Stereobabe’s masterfully combined forces lead to a slew of singles, media attention, and ultimately, love. Now united, the pair began dating during their shared passion for recording music while connecting from opposite sides of the border — Banks from Detroit, Michigan, and Lamont from Windsor, Ontario.

Influenced by an eclectic myriad of musicians, Stereobabe lists everyone from Sloan to the Pixies to the Beatles to the New Pornographers among their inspirations. The duo nestles neatly inside power pop, upbeat dance beats married to catchy hooks and earworm melodies. Their first single, “Pandemic Love,” chronicled their border-preventing budding relationship, and their mash of exciting covers and originals have garnished them hundreds of thousands of views on social media.

Alongside the single, “Tumbleweed” also boasts a visual component documenting their epic road trip across the United States. Taking Stereobabe to national historic sites and tourist attractions, the pair make their way from Michigan to California, and everywhere in between, crossing a variety of States on their open highway journey.

Stereobabe tumbles out the speakers with this audioscape anthem about spanning the deserts in search of ‘one true love’ and the title captures it perfectly.

Perhaps a tumbleweed may seem like a lowly, abandoned spruce of a mirage in the dirt, but beyond the borders is a chase to catch what could be blowing in the wind just beyond your fingertips.

And once you’ve caught a “Tumbleweed,” you’ll be hooked on Stereobabe.