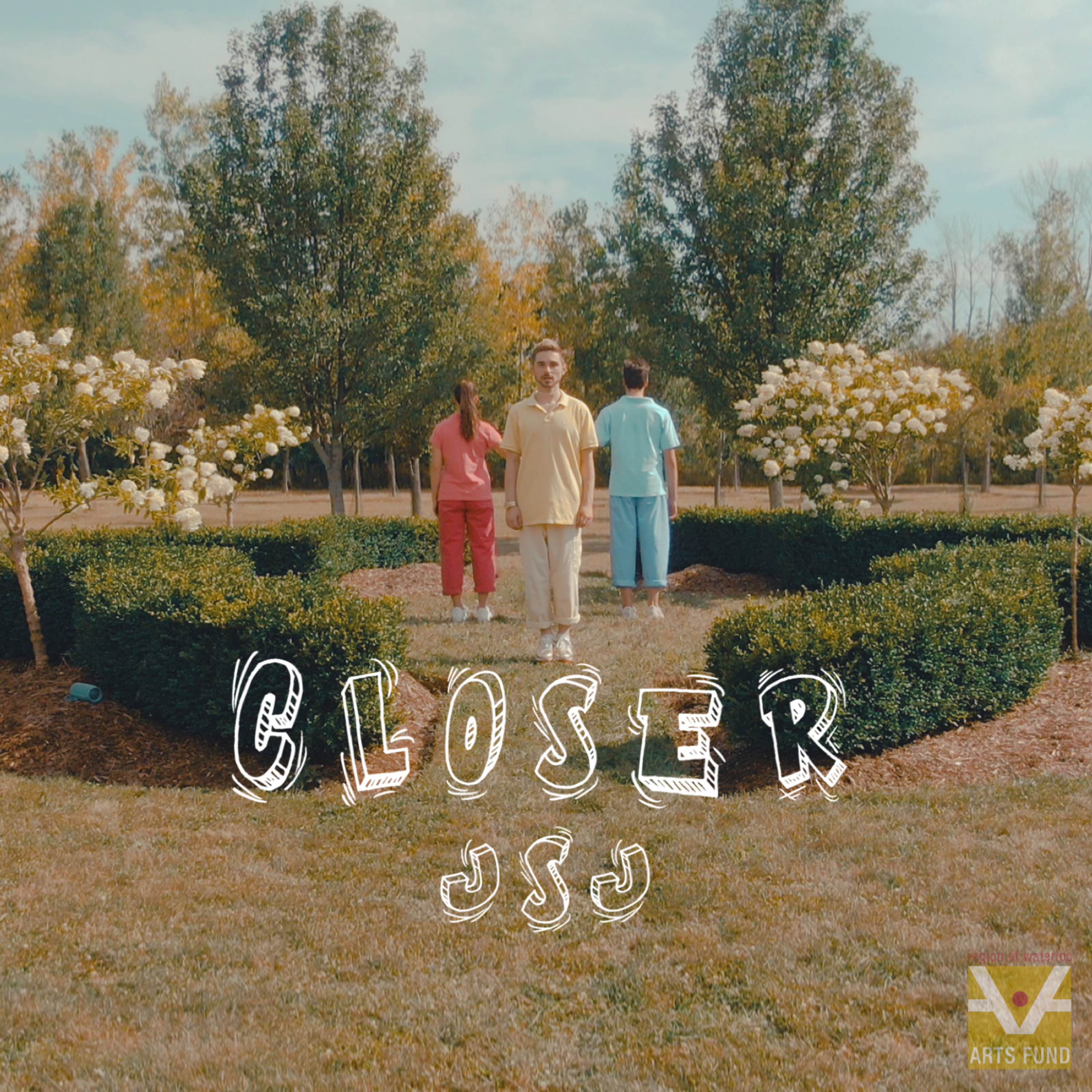 If the equation for a bop = pure fun x a bit of drama, Canadian artist Joshua Sade James and his new single “Closer” proves he’s a wizard with the formula.

“I feel like, if Twilight had a pop theme song for Bella’s mood swings between Jacob and Edward… This would be it,” the multi-talented artist explains. “I want people to start jamming out, then catch themselves saying, ‘oh, WAIT. I thought this was a happy song.’

“I wrote this song at the beginning of mine and my partner’s relationship and, over a year later, it rings more true than ever,” James shares of his personal and evolving inspiration behind the track. “Since COVID-19 restrictions shut down the borders, we haven’t seen each other in over nine months, so ‘(pushing) people out of my way to get a little bit closer’ doesn’t sound too far off.

“I bet it’s the same for anyone who’s separated right now.

“I hope that polarizing feeling reaches people, especially those who relate a little too well to this kind of situation, being separated from your loved one… I connect on another level with you right now, if you do. It has not been easy, but I can say: stay strong, stay sane, and stay home. You are worthy, you are loved, and you are perfectly you. We’ll get through this.”

One way Joshua Sade James is getting through is by pouring himself even further into his craft; with streams topping 375,000+ across platforms, he released his previous single and video, “All Fall Down,” in 2020, and has since been applying the finishing touches to his forthcoming EP, JSJ, (Joshua Sade James).

It was also from this itch to escape stagnation that he leapt at the opportunity to create a knockout video for “Closer,” this time with a small-but-mighty crew of creative powerhouses.

“I got lucky with this project,” he offers. “My friends had all been cooped up and quarantined in their homes for almost six months by that point, so I thought ‘okay, let’s do something. Let’s do a minimal music video.’

“First up, I asked my fellow Sheridan alum, choreographer and dancer Alexandra Gratton, to be a part of the project. I knew I’d be challenged — but just enough that I would have fun, and not look terrible while doing it. I remember saying, ‘whatever you choreograph, I gotta be able to do it in platform shoes on grass, so just don’t break me…’

“Once again, I got lucky; Alexandra just so happened to be dating Alex Gayoso — an incredibly talented videographer, cinematographer, and photographer extraordinaire who’s done a lot of work with Neon Dreams, and just did Carl Wolf’s fully animated video. Suddenly, not only was Alexandra wanting to choreograph, but now Alex became interested in the project as well!”

From there, the three masterminds executed on James’ concept underscoring juxtapositions between ‘light’ vs ‘dark,’ bright colours vs black and white, and love vs rage.

“In particular, I wanted to show our emotions that take over our thoughts when faced with conflict,” James explains. “Especially during this lockdown and being long-distance.

“When planning the video, I remember saying I wanted it to be like the ‘Gay Matrix,’” he continues. “I want it to seem like I’m battling my inner thoughts and temptations, jumping back and forth between this colourful, monogamous gay icon, and this gothic vampire slut.”

In addition to his extensive performing and recording work, Joshua Sade James is an active advocate for mental health rights and proud member of the LGBTQIA+ community