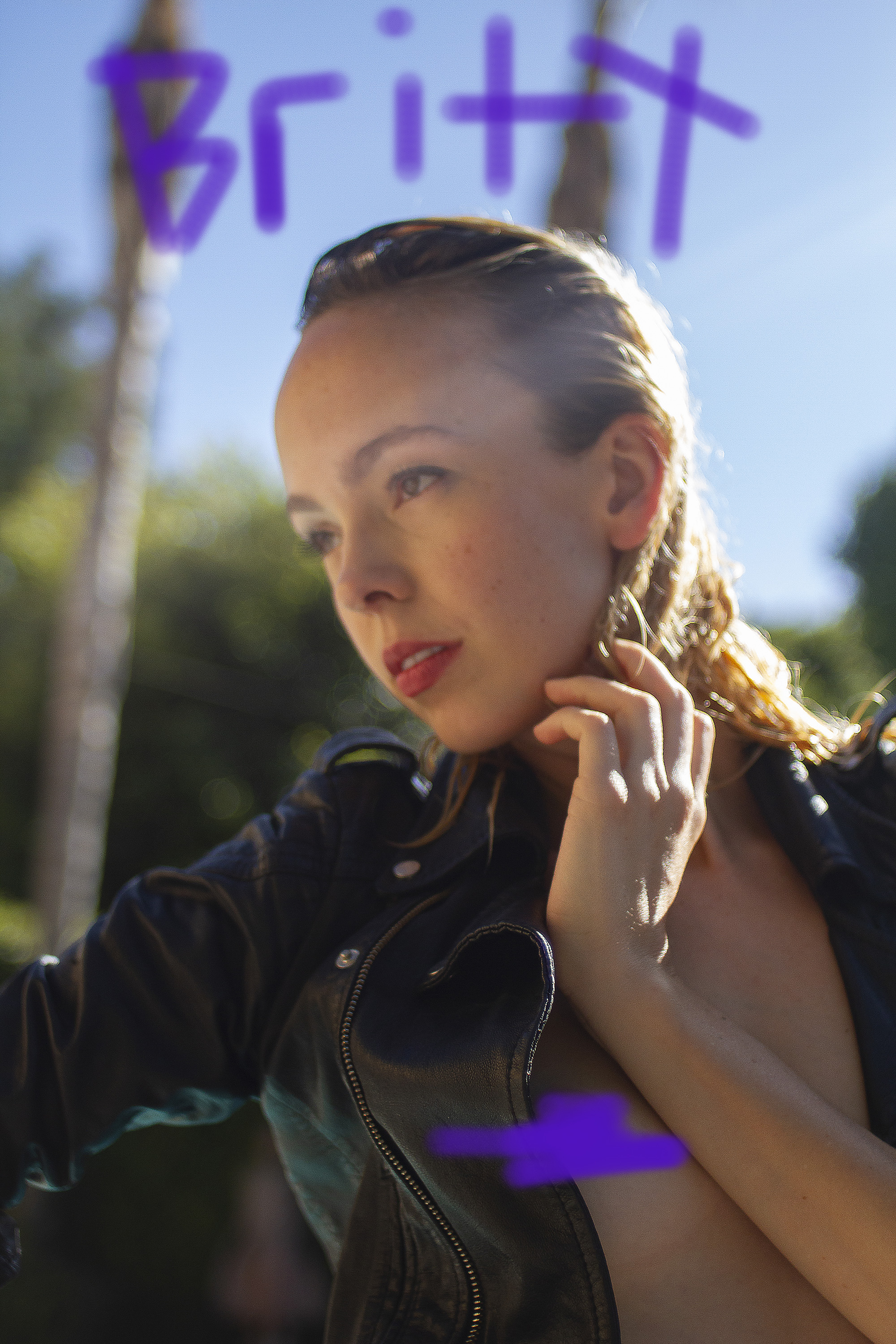 That Emmy Award-winning actor, composer, producer, and singer/songwriter Brittany Allen refers to “Monster” as ‘vicious’ not once, but twice, should shed light on what internal hurdles the Canadian artist aims to overcome through her newest single’s lyrical themes.

The track lands ahead of her forthcoming debut EP, Khamai Lion (December 2019) under the moniker of Britt. Perched to the left of pop, the full-bodied EP features the Torontonian’s unique brand of sound, and delves deep into the darkness to find an unexpected light.

“I wrote this song with Nygel Asselin (NYG) at his studio in Vancouver,” Britt recalls of “Monster” and its process. “I came in that morning knowing I wanted to explore the feeling of taking your pain out on the person you’re with. We jammed about the idea and found the song together. It was a great collaboration.

“I was working through my own inner demons,” she continues, confiding that taking things out on her partner was something she contended with at the time. “I had woken up with the clarity to recognize where it was coming from, but I still didn’t know how to stop it. It felt like something other than me was taking over…

“Something vicious and mean.”

Despite the sunny skies of Britt’s half-base in Los Angeles, California lording over the video, “Monster” delivers a darkly intimate and hauntingly raw interpretation of emotionally-charged relationships.

“I choreographed this video together with Bryan Hindle,” Britt says, setting the scene; she also edited the video in its entirety. “We were our own camera operators, moving the tripod to different spots around the location.

“We wanted to physically represent the feelings of that moment in a relationship, where one person is wielding the power — pushing and pulling the other, puppeteering them to suit their needs at any given second.

“The roller coaster of it all… The cycle of hurt and forgiveness… The falling back into each other’s arms… And the exhaustion of that vicious cycle.”

That the video for “Monster” deftly delivers a storyline despite its stunning simplicity comes as little surprise to those familiar with Britt’s multi-faceted work and wide-ranging skillset.

Her debut film score (SXSW featured film, What Keeps You Alive) received critical acclaim from the likes of Rolling Stone, Vulture, CBC, and the New York Times, while her second, this time for the forthcoming film, Z, has already won ‘Best Score’ at the Sin City Film Festival. Set to feature at Toronto’s Blood in The Snow Festival this November, the soul-tugging compositions — accompanied by her unsettling artwork for the film’s imaginary friend — has Allen dubbed as the feature’s “secret weapon.”

Having fledged her start in the acting world at age nine, Allen’s credits include All My Children — for which she won an Emmy Award — Schitt’s Creek, Bomb Girls, Saving Hope, Jigsaw, The Prodigy, and most notably as Popclaw, the scene-stealing superhero in Amazon’s smash hit, The Boys (Seth Rogan, Evan Goldberg).

She starred in the film Extraterrestrial — on the set of which she met her partner, award-winning filmmaker Colin Minihan — and the pair have since collaborated on three films, including the award-winning festival darling, It Stains The Sands Red. Shot in the woods of Ontario’s Muskoka region, their most recent co-creation is What Keeps You Alive; it premiered at SXSW, was named an NYTimes ‘Critic Pick’ and “one of the top ten horror films of 2018” by Rolling Stone.