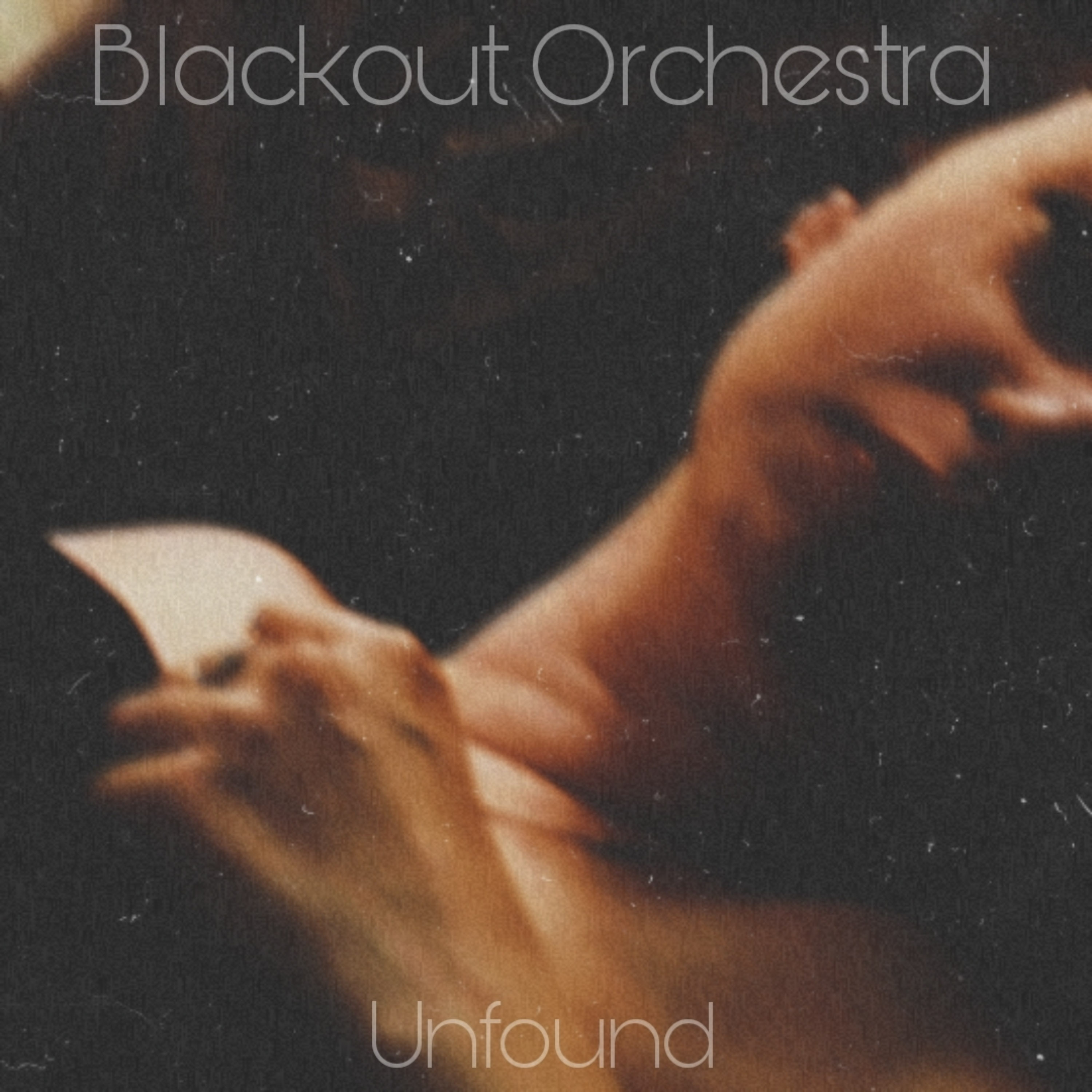 Like its recently released predecessors, the new single represents yet again the lavish eclecticism solidified on their forthcoming album, Beauty Sleep; “It’s Fine” and “Tongues” lead the charge of singles between last year and Valentine's Day 2022, with each providing introspective insight into Blackout Orchestra as songwriters and their ability to vocalize the full range of the human experience. “Unfound” continues that journey, breaking out in unassuming, melodic undertones — soon blending the lush harmonies of Ben VanBuskirk (vocals, music) and Morgan Thompson-Reid (vocals).

“‘Unfound’ was a bit of a turning point in making the record, coming late in the game,” says VanBuskirk. “I knew a girl in high school — she transferred in and back out within about a month, but we became really close in that time.

“We were the only ‘grunge’ kids at our school, listening to Fugazi and Velvet Underground,” he continues. “I remember she had Kid A on vinyl and I thought she was just the coolest person ever. After she moved, she was quite transient — going from city to city so I never knew how to reach her, but for years every now and then a package would arrive in the mail with these beautiful ramblings, art, knick-knacks, and mixtapes.

“Eventually they stopped coming, and I honestly have no idea what happened to her. The song is sort of a fictionalized look at where we ended up — these idealized punk rock kids who thought we'd never ‘sell out’; that we'd always be these creative weirdos and never compromise.

“I wonder if she ever found a way to navigate the ‘adult’ world, and what each of us might have gained and lost along the way.”

Blackout Orchestra burst onto the scene in 2021 with the release of their debut album, I Will Want You When We Are Ghosts. A self-described chronicling of heartbreak and recovery, their upcoming sophomore release Beauty Sleep navigates “finding your footing after a fresh start.”

“The last album was very much about hitting bottom and the slow climb back up,” VanBuskirk explains. “This record is the continuation of that — when you get your life together, it isn't ‘happily ever after’... Life keeps happening; there are still the ups and downs of day-to-day life, those quieter battles that happen between the big moments of your life.

“I was particularly interested in taking softer acoustic sounds and marrying them with minimal electronic beats and flourishes, to further add to the feeling of being between two worlds,” VanBuskirk continues.

The morose realization that you’re alone is a sentiment explored on the track. But this satisfying prose from Blackout Orchestra churns the tides of “longing” to satisfaction in being “Unfound.”