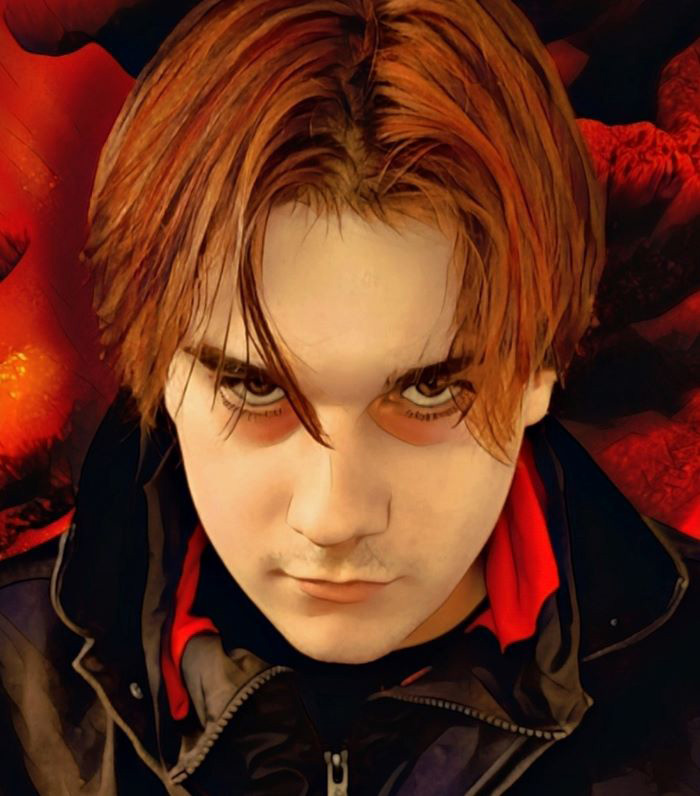 The self-proclaimed indie metalhead leaves it all on the mix as he storms the gates with his newly dubbed genre cyber metal. A sophisticated remix of synth, industrial, heavy bass and percussion intertwined with traditional metal maximized, “Weird Equals Cool” is a welcome foray into a constantly evolving genre. Where S4lvati0n picks up is off the trail of his idols before him, blazing a new course into headbanging utopia.

“In 2019 and 2020, I was at my lowest mental health-wise,” S4lvati0n shares. “I lost my motivation completely, and I stopped being myself.

“I became a bit of a dulled, ‘chilled-out’ caricature of who I was before,” he reveals, adding, “but the thing that I find most outstandingly upsetting is that people started telling me I was ‘cool’ now, and they started talking badly about how I was before.

“It was like someone was telling me something behind my own back in a weird quad-dimensional way. In a way, society was telling me that my dull, unmotivated, depressed self was how I "’should’ be.

“That is exactly what the line ‘you hate when I smile, and you laugh when I cry’ stands for,” he continues. “When you're different, you get penalized for doing things that make you happy; you get rewarded when you let go of yourself.

“My whole message is that, if you are weird, you are special.”

S4lvati0n takes no prisoners on the track, opening with fiercely dark melodies juxtaposed with charmingly dreamy synth. Equally as impressive as his exquisite production on the song is his near-inhumane vox; a spectrum of damning roar to harmonic falsetto, S4lvati0n runs the scale in hauntingly beautiful strides — deep and growling, to begging and pensive. Compared to Oli Sykes, S4lvati0n fluidly switches between angelic and demonic snarls through his vocals; a testament to his devotion to his craft and his commitment to exposing the rage of all those who are considered anything but normal.

Beyond production values, his lyrics are savagely explicit, unashamedly leaving it all out to dry. S4lvati0n makes no apologies; his angst serves as a shallow grave to those who’ve wronged him, and his resolve to make sure they know.

His emphasis, he says, is on the injustices the unorthodox individuals have to face in the world. Through his imagery in captivating lyrics, his quest is seemingly simple, yet tangled in complexity. How do you tell the world that you don’t have to “fit in” to actually become the most normal of all? It’s a task this artist is ready to tackle.

For all the heartbroken, the pushed around and dejected; for all those who seemingly can’t catch a break, can’t be themselves — those who have to feel the persistent nagging of a society that didn’t want them, and identify as misfits on the fringe of a world devoid of acceptance — there’s S4lvalti0n.

And he’s coming to save us all.