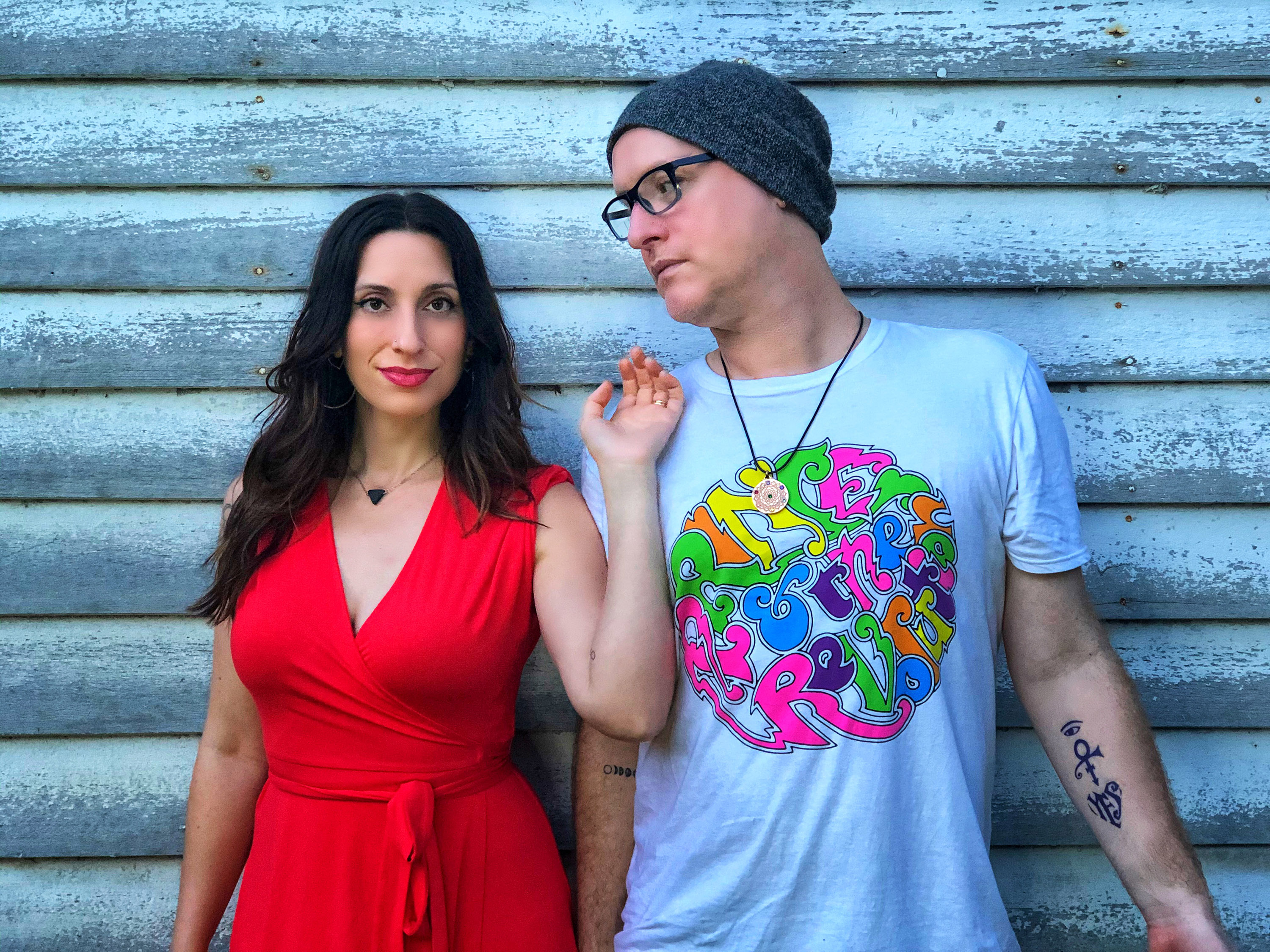 Seeking to sit the world down for a bit of a breather, folk-rock duo HuDost serve up down-home comfort with the release of their breathtaking and enveloping new album, Anthems of Home.

The expansive and lush 11-song release — and its newest single and video, “Home is Bigger Than Us” — sets out to “ask important questions,” the award-winning band says.

Check out “Home is Bigger Than Us” here:

Celebrating authentic love in its many forms, the song shares the story of how much more beautiful we are when our love is combined, co-fronts Moksha Sommer and Jemal Wade Hines explain.

“When the whole is bigger than the sum of its parts…” they muse.

With Moksha on vocals, harmonium, and piano, and Jemal on guitar, vocals, and production, “Home Is Bigger Than Us” also features Matt Nelson (kïngpinguïn, Jars of Clay) on cello, and Dan Walters on bass. It was mixed by Oz Fritz, mastered by Bernie Becker, and the video was filmed by Craig Hill, with direction by Moksha and editing by Jemal.

The result is everything warm and loving; featuring bright acoustic guitar progression and cozy, embracing bass progressions, HuDost creates on “Home is Bigger Than Us” — and the album beyond — a unique expression of emotion and solace for the listener, as if sitting by a crackling fireplace, mug in hand.

“This song is an expression of real love,” HuDost reveal. “Not false love, not ‘perfect’ love, but genuine intimacy.

“Families now exist in many formations:” they continue. “Small and large, related genetically and not genetically, strange and complex, wonderful and confusing, straight and LGBTQ… But always comprised of love.

“Home is the physical manifestation of that which holds families together, and what we always return to.”

The sentiment is near and dear for Moksha, who is from Montreal, and Jemal, who is from Kentucky; together, the two have toured the United States, Canada, and Europe constantly since 2006.

Finding home in each other, the two have grown as artists, as a couple, and as a family; with the birth of their son in 2013, they’ve found even more passion to drive their growing music careers.  Working closely with Dan Haseltine and Jars Of Clay, the duo crafted “Rise Together” in 2018; the song focused on rising together through a shared vision and action, and resonated with Spotify, where it was added to official playlists.

From there, HuDost found their most recent album, Of Water + Mercy, reaching #24 on the Billboard Sales Charts for Folk/Americana, and winning an Independent Music Award for Social Action Song. The duo has also had the pleasure of working alongside some well-decorated producers such as Vance Powell and Malcom Burn.

Throughout their careers, the two have done plenty of spiritual growth as well. Working diligently as engaged activists, the life pair have found themselves working closely with the Kentucky Congressional District Representatives for ONE, a non-profit organization that works to end extreme poverty and, specifically, the sexism of poverty. It’s through the spiritual journey as empathetic human beings that they have made some of their most profound steps forward in their musical adventure.

All the passion that drives HuDost, combined with their overt graciousness and appreciation of the artists who they have created memories and advocated with, soars to new heights with this — the creation of their newest album. Well-known for weaving their traditional folk-world sound through lyrics drawn from real-life experiences and their genuine concern for the world, the release unveils a comforting and warm welcome mat into HuDost’s musical dwelling that is Anthems of Home.