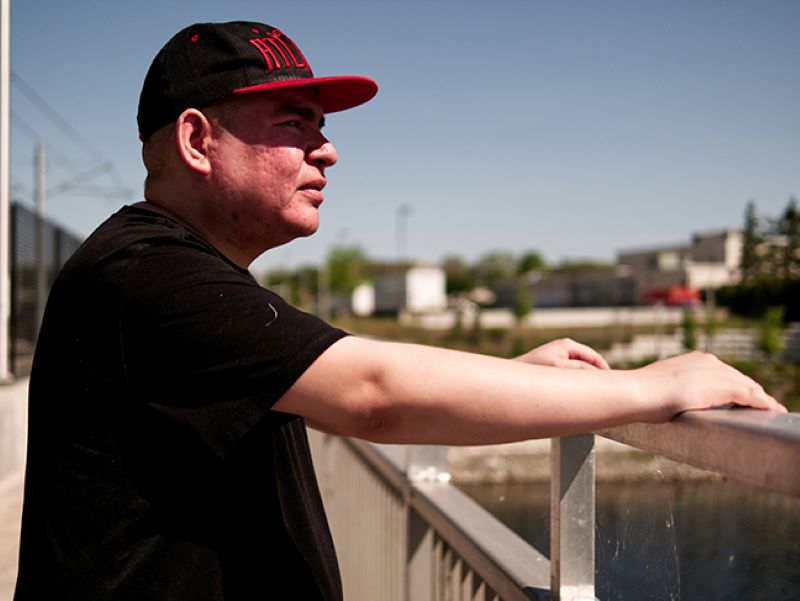 “This is the very first song I worked on in the Fall last year, and I finished it that winter,” he recalls of “One Last Time.” “It’s about losing a loved one.

Watch and Listen to “One Last Time” Here:

“It took me a few years to grieve for my grandfather. I had no words to express that grief in a song until that Fall. From there, I included the others I’ve lost as well.”

A preview of his forthcoming Fall 2020 album, Find Myself, “One Last Time” and the album mark a step into a new realm for PaulStar — Paul Napash. Nominated for an International Indigenous Hip-Hop Award for Best Producer & Beatmaker, the engineer, producer, and composer helms the record label, PaulStar Entertainment, and has released a series of critically acclaimed singles; that said, Find Myself officially puts Napash on the other side of the desk or stage being the debut EP for his own music.

A member of the Eeyou istchee community, and born and raised in Chisasibi, Quebec, now living in Ottawa, Ontario, the multi-disciplined Cree artist says he “bathed in music from infancy” thanks to his uncle’s weekly band rehearsals. “I quickly got into how music can act as a unifier within a community. I picked up a guitar at age nine, and realized there’d be no returning on this musical journey.