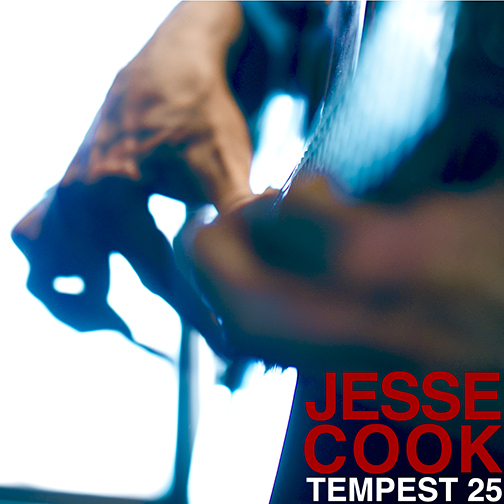 Award-winning, multi-platinum and gold selling, and Internationally acclaimed guitarist, composer and producer Jesse Cook knows a thing or two about unexpected turns in the road.

In fact, his whole storied career is because of one.

For starters, the multi-talented virtuoso was one foot out the door, just about to set out on his highly anticipated Tempest 25 Tour this past March — a celebratory 25-date cross-country concert special marking 25 years of music — when the country shut down for COVID-19.

The unforeseen delay inspired Cook to pivot; he released a new version of the song, the creation of which also served as an experiment of sorts along the way.

“Have I changed as a musician, or as a producer?

“Oddly enough, the process seemed familiar,” he continues. “25 years ago, the original was created with me alone at my house, playing all the instruments because I couldn’t afford to hire musicians. This time, it was me alone because of social distancing.”

The 2020 version of “Tempest” propelled by a global pandemic as an impromptu happening in Cook’s career rings similar to the song in its original format, considering it delivered unexpected results from its release as well.

“25 years ago, I released this little song called ‘Tempest’ on a record bearing the same name,” Cook considers. “Never in my wildest dreams did I imagine what would follow. At the time, I had no idea it would change my life.

“Considering I didn’t rap or sing, no one was more surprised by all of this than me.”

He’s referring, of course, to his ten gold and platinum studio albums with combined sales exceeding two million copies, five concert DVDs and live discs, five PBS specials, multiple awards including a JUNO win, 11 nominations, three Canadian Smooth Jazz Awards, a Gemini Award, and an Acoustic Guitar Magazine Player’s Choice Silver Award — plus thousands of concerts around the world over and above millions of views and streams across platforms.

“Hearing your songs on the radio, or in the Olympic Games, or in ‘Sex and the City’…” he muses. “And then there was that massive Bollywood hit…

“But don’t get me started.”

“When you write these things, at first, they’re like your kids,” he continues, breaking it down. “You think of them as yours.”

“But then they grow up and start to live a life all their own. Other people record them, use them in their own work, or get married to them, live, celebrate, even heal to them.

“Well… It turns out I did the thing I said I’d never do, and somehow it’s worked out.

“I owe a huge debt to this little song,” he says of “Tempest.” “It opened the world to me and allowed me to live a life beyond my dreams.

“For that, I am forever grateful.”