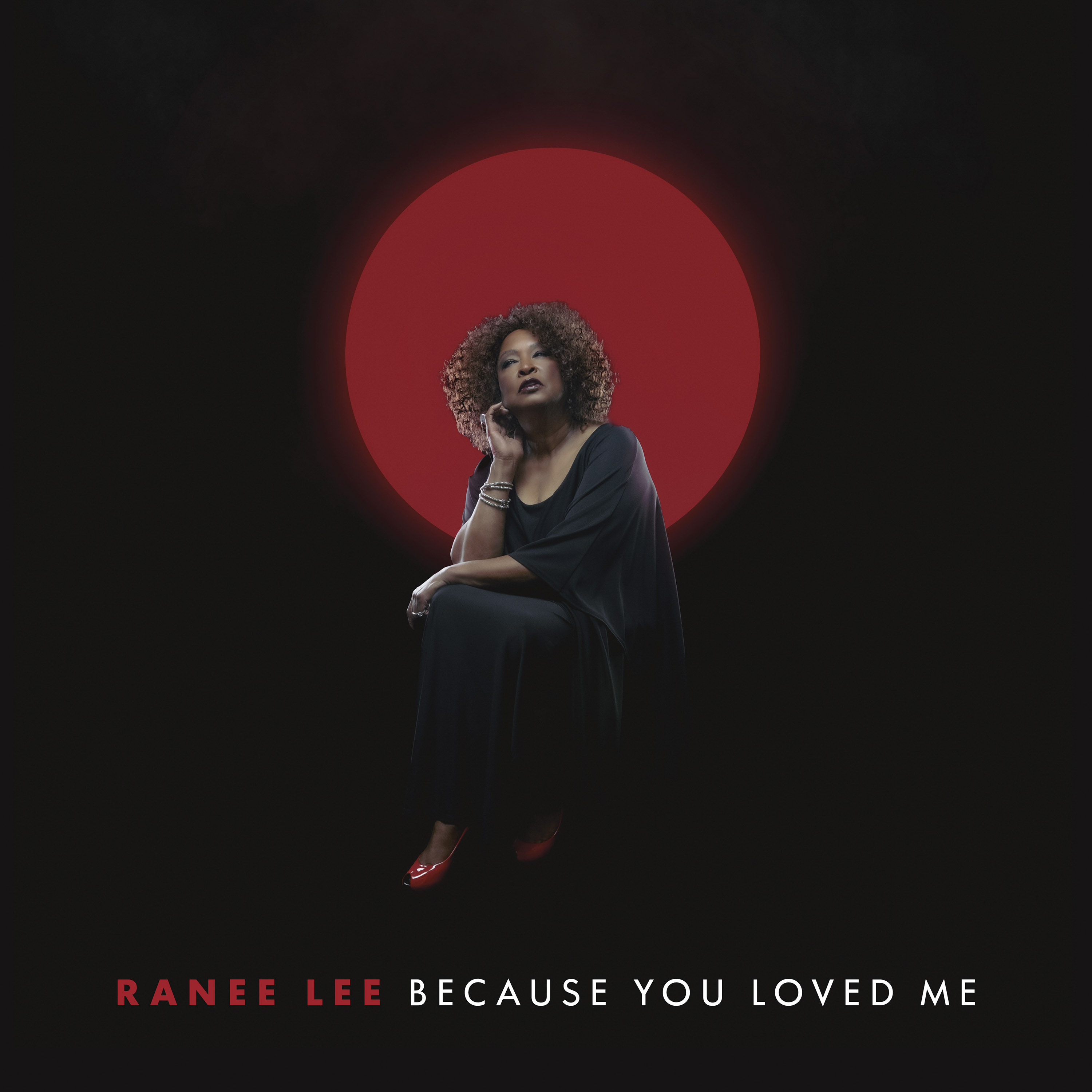 Near, far, wherever you are… It’s certain you’ll find fans of Céline Dion. The international superstar’s storybook career was built on her unparalleled vocal talents and performance prowess that have captivated audiences worldwide. So, when iconic Montréal jazz vocalist Ranee Lee was approached with the opportunity to record Dion’s songs for a new album, her answer was a hard “no”... At first. However, you will be so glad she eventually agreed to the challenge when you experience Ranee Lee’s sublime new album, Because You Loved Me.

When Lee’s record label, Justin Time, brought the concept of covering Dion’s songbook to her, she reacted quite decisively. "I said no," says the JUNO-winning singer. "I listened to three minutes of explanation, and I said no again. And I said no every time for days."

Who can blame her? It takes a lot of bravado to take on the unmistakable voice of Céline Dion, who put her one-of-a-kind, powerhouse stamp on classics like “The Power of Love”, “All By Myself” and, of course, her signature, Titanic-sized hit “My Heart Will Go On”.

"I thought they were joking at first," says Lee. "And then it was evident they weren't. I love Céline as a vocal musician, she's fantastic. There's no one who can surpass her ability and range these days. It's not my style of music though.

"Then I had a little bit of time to think about it."

Much like Dion has reinterpreted songs that other artists have recorded and released first like Eric Carmen, Jennifer Rush, Cyndi Lauper, Patti Labelle - the list goes on - the jazz genre has a rich history of reimagining popular music as well.

Still, how could Lee make some of Dion’s classics her own?

"She does have a major fan base, and they want to hear those songs the way Céline does them," says Lee. "That's the pop world, you don't deviate from the past. I was afraid, I didn't want to be considered a Céline disciple."

It took a visit to New York to see family and an introduction to the inventive music of a band called Snarky Puppy to really sway Lee’s mind on the matter. The Grammy-winning collective has spent years mashing and mixing up jazz, rock, world music, and R'n'B into their own wildly creative musical concoctions.

"They are magnificent," says Lee. "They are eclectic musicians, funky yet so jazzy and enormously innovative. And I said, 'Oh there's a concept,' if we can take the Céline songs and arrange them in this style."

Lee now had her foundation to approach the songs improvisationally and enlisted her close collaborator, pianist, and producer Taurey Butler to dream up new arrangements. "Taurey came with wonderful boards, and I would drop in hints or thoughts about what I felt strongest about," says Lee. "I know I was given the birth of freedom in the recordings."

In addition to Butler, most of Lee’s long-time band and other stellar musicians their talents to the recording including Carlos Jiminéz on guitar, Dave Watts on bass, Jim Doxas on drums, Richard Beaudet on saxophone, Ron DiLauro on trumpet, Muhammad Abdul Al Khabyyr on trombone and a string section with Kate Bevan-Baker and Emilie Brûlé on violins and Amanda Keesmaat on cello.

There was one very important contributor missing though. This would be the first album Lee would record without her husband and guitarist Richard Ring, who passed away from cancer in 2018. Still, while creating Because You Loved Me, Lee felt Ring’s spirit in the process.

"The old guard is on the record, we've done so many engagements, traveled, and Richard was a part of that forever, so having them there embodied the fact that he was still among the group,” she explains. “It was the total support of feeling his presence. Every tune that I approached was with him in memorial, him in my thoughts, in my vision of the tune."

Connecting with the lyrics in the songs through her own loss, Lee’s loving memories of her husband fueled her unique, redefining approach to the most heartfelt Dion classics. "I'm always going to be dealing with my loss of Richard,” she says. “So he was always the crux of my focus, especially the tune ‘My Heart Will Go On.’ He was the muse to my renditions of the tunes. ‘Because You Loved Me’ definitely embodied his presence in my life."

Leading up to the new album’s debut, Lee has given us her intriguingly jazzified takes on single releases of “Tale As Old As Time” from Beauty and The Beast, “I’m Alive” and the Nat King Cole classic that Lee and Dion share as an all-time favourite, “Nature Boy”. With the release of Because You Loved Me, the companion single is the glorious and contemplative album closer, “The Prayer”, co-written by music titans David Foster and Carole Bayer Sager and famously sung as a Grammy-winning duet by Céline Dion and Andrea Bocelli.

Born in Brooklyn and a resident of Montréal for over 50 years, Ranee Lee has carved out a stellar career as one of Canada’s premier jazz vocalists. She’s released 13 acclaimed albums on the Justin Time label including Because You Loved Me. She’s a multiple JUNO nominee and won a JUNO for Vocal Jazz Album of the Year for 2010’s Ranee Lee Lives Upstairs.

In 1994 and 1995, Lee was honoured with the Top Canadian Female Jazz Vocalist Award presented by Jazz Report magazine. She has toured internationally and has performed with many jazz notables including Clark Terry, Bill Mayes, Herb Ellis, Red Mitchell, Milt Hinton, Oliver Jones, and Terry Clarke. Lee is also a Dora Mavor Moore Award-winning stage actress, a celebrated educator, and an author of the children's book Nana What Do You Say? inspired by her song of the same title.

This impressive history certainly sets her up as a musical contemporary that can rise to the formidable challenge of giving her inspired take on some of Céline Dion’s impressive repertoire, but Lee certainly knows there’s no one who can truly step into Dion’s shoes.

"I don't think anyone can take the place of Céline, I think she's fantastic," says Lee "I don't want this to be considered a tribute album to her, it's a vehicle for a jazz album. But if it works for people who enjoy her music, hey, I'm in for the ride."

And a beautiful new ride, it is.