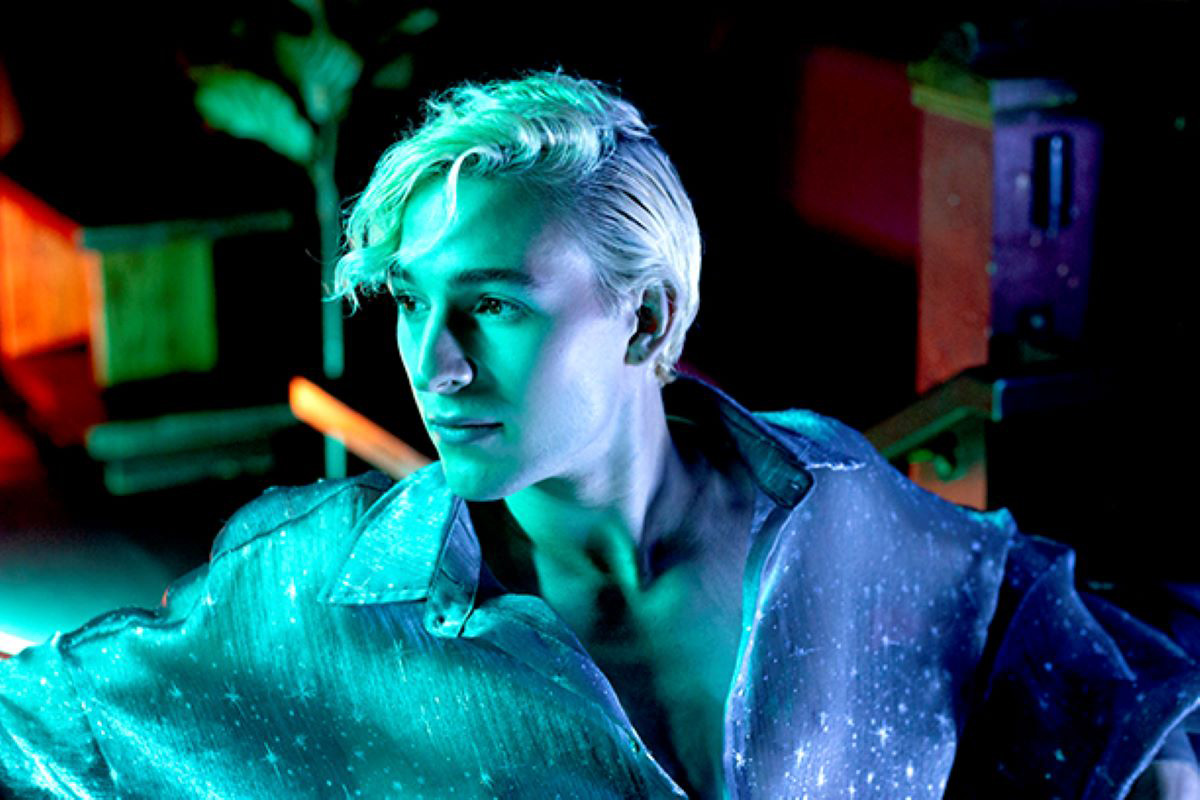 At upwards of a quarter-million streams worldwide, it’s more Freak on Repeat for multi-award nominated Canadian pop dynamo Andrew Cassara and his latest official music video for “Gimme More Bass” – check it out at YouTube here:

The freshly pressed visual lands on the heels of Cassara’s not one, but two 2021 Ottawa Music Industry Coalition Capital City Music Award nominations - Artist of the Year, and Album of the Year for 2020’s Freak on Repeat (Deluxe Version).

“Gimme More Bass is one of those songs that kind of surprised me,” Cassara shares of the deep-grooved and dazzling track. “It happened so quickly; at the beginning, it was just a melody that was really catchy and it felt like, in the blink of an eye, it came to life.

“Growing up, I was the biggest Backstreet Boys fan and ‘Gimme More Bass’ feels like I’m sticking to my roots, but that I’ve fused that ‘boy band’ pop sound with my love for retro funk and disco. It’s groove pop and it just feels like home to me.”

Describing the pop dynamo’s style with mere words never seems to do it full justice; hearing and feeling his music are really the only ways to fully appreciate the multi-talented artist’s ubiquitous and undulating blend of funk, disco and pop.

With streams topping 250,000+ across platforms, and fuelled by influences ranging from Shawn Mendes, to the Bee Gees, to artists like Jamiroquai – who, like Cassara, blur stylistic lines fluidly – both “Gimme More Bass” and Freak on Repeat (Deluxe Version) (SGMGroupArtists), may sound familiar, but are impossible to pigeonhole.

“Creating this song, along with the rest of Freak on Repeat, has been one of the most liberating and eye-opening experiences of my life,” Cassara reflects. “I promised myself I would write with true authenticity, and tell the stories and feelings that make me who I am in that very moment.

“Making this album changed me as a person,” he continues. “When I tell you I laughed ‘till it hurt, that I cried, that I danced like a fool…

“I broke down, and I smiled more than I ever have in my life while making this record, and that’s what creating art is all about.”

With previous releases including Lavender Feels, The Big Bang, and Freak on Repeat in its first iteration — as well as a series of singles — Cassara has performed in the US, South Korea, Singapore, Japan and Sweden. He’s slated to appear at Sweden’s Future Echoes Festival and Lithuania’s What’s Next In Music Fest this year, and has previously shared the stage with artists such as Shawn Mendes, Chromeo, Tyler Shaw, Lauv, and more.

He has also headlined the Youth X Canada Tour, performing for and engaging with audiences at youth centres across Ontario in an effort to encourage young people to share their own stories and mental health struggles.

“We owe it to ourselves to be fearless of judgement, to be our true selves, and to give ourselves the unconditional love we deserve,” he shares. “It’s something I’ve come to terms with, and I hope it resonates through my music.”