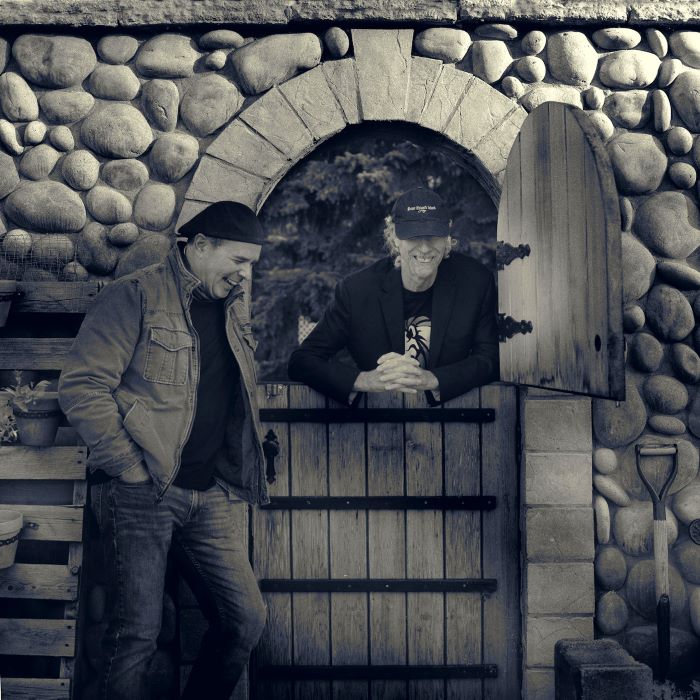 Though the band didn’t make it into the 2020s, the two have stayed in close touch since and a few years back took to the liking of being in each other’s musical orbit once again. Shortly after, Meneely Brant was established and the recording process ensued.

Coming Days — the EP — dropped last November and features the songs “Just an Illusion,” “This Time for Sure,” “Unexpected,” “End of the Line” and of course, the groovy title track. The record was recorded at Danlyn Studios in Sherwood Park, Alberta.

The collection is composed of songs built on strong melodic and harmonic structures, intelligent and thoughtful lyrics, and tasty and top-drawer vocal and instrumental performances. The two speak highly of each other’s writing styles, saying that there’s an almost “telepathic understanding” of where the other will/wants to go in the middle of the writing process.

“I’ve always gravitated towards rock and roll and that’s evident here,” says Brant of the EP. Complimenting those words, Meneely said: “We’re carrying this torch for fusion rock … but that’s just who we are.”