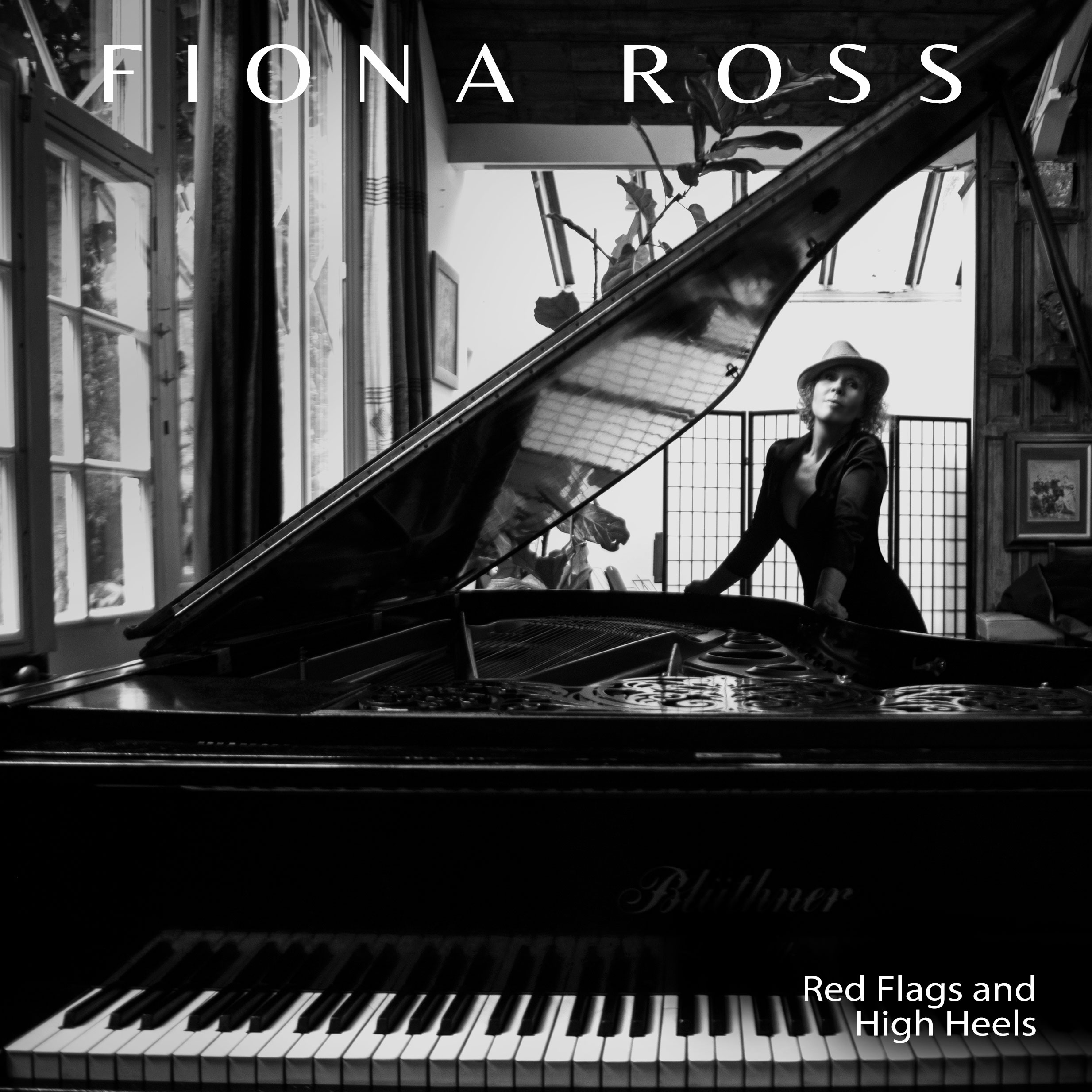 “Will I ever be good enough?; Will I ever be wise enough…for anyone?” Multi-award-winning contemporary jazz artist Fiona Ross launches her heartfelt new single with these two intensely personal questions, bravely throwing the doors open to examine self-doubt with “Good Enough” from her recently released album, Red Flags and High Heels.

“We all have moments of doubt and wonder if we are good enough — whether this is as a musician, an artist, a parent or just a human being,” Ross offers. “It’s what it says on the tin, really: a song about being good enough or, more precisely, not being good enough.

“This song is just me and how I feel.”

With her bright, soulful vocals posing these pointed questions over a fluid piano line, guitar flourishes and tasteful, spare rhythms, Ross lays her innermost misgivings beautifully bare in “Good Enough,” and makes them all the more relatable in doing so.

“There’s a line in the song ‘people say the nicest things’, and this is so very true for me,” Ross notes of the line ‘People say the nicest things; I want to feel them, too, but I’ve never felt worthy of even a fraction of the things people say.’ “People are so very kind about me and my work, but I always find it very overwhelming because I just don’t see it. I have very high and unachievable expectations of myself and what I can do, and I know I can always do better and be better.”

Ross acknowledges that drive for constant growth and improvement and the questioning that fuels it occurs universally within her vocation. “I believe this is the life of an artist in many ways,” she says.

While “Good Enough” snapshots those moments of insecurity, the International Singer Songwriter Association’s 2020 International Female Songwriter of the Year believes that an artist’s natural self-doubt must be balanced with some self-confidence to achieve success.

Following fast in the wake of her scathing kiss-off song, “You are Like Poison”, “Good Enough” is the second single from Ross’ fifth album Red Flags and High Heels, released last October to wide praise. Among many accolades, Jazz Journal called it “a probing album that oozes passion, punch and panache.” The album’s 10 studio tracks and 4 live recordings span the full breadth of life’s emotional spectrum and feature Ross’s stellar and highly accomplished 8-piece band.

That drive for growth and achievement that Ross says is so much a part of an artist’s life helps fuel her pursuits behind the scenes as a music journalist. She also founded the groundbreaking organization, Women in Jazz Media, which develops and supports initiatives for mentoring and promoting women in jazz music around the world.

To that end, Ross has asked women who have inspired her to write her album sleeve notes.

“My last album featured sleeve notes with the legend that is Maxine Gordon – she is a role model and a mentor to me,” Ross shares. “When I was thinking about this album, I thought it would be incredible to have strong, fierce, and inspirational women who have inspired me, write the sleeve notes for each of my albums from now onwards, with Maxine leading the way. Céline Peterson instantly came to mind, and I am absolutely thrilled that she agreed.”

Peterson, an artist representative, jazz festival producer and the daughter of the late Canadian jazz legend Oscar Peterson, writes, “Being able to connect with a singer and songwriter who can find the strength to share such deeply personal words with us in such a way that makes us feel safe, is rare. Red Flags and High Heels is a time capsule in musical creation.”

Ross is also the former Head of the British Academy of New Music where she trained chart-topping hit makers Ed Sheeran, Rita Ora, Jess Glynne and others. With “Good Enough”, Ross shows that even a mentor with high-level experience and stature is never completely free of self-doubt and that the best way to reveal those very personal feelings in song is honestly and unadorned.

“I always just write what comes in my head. Everything starts with me at my piano, so this is a pretty naked track from all angles.”