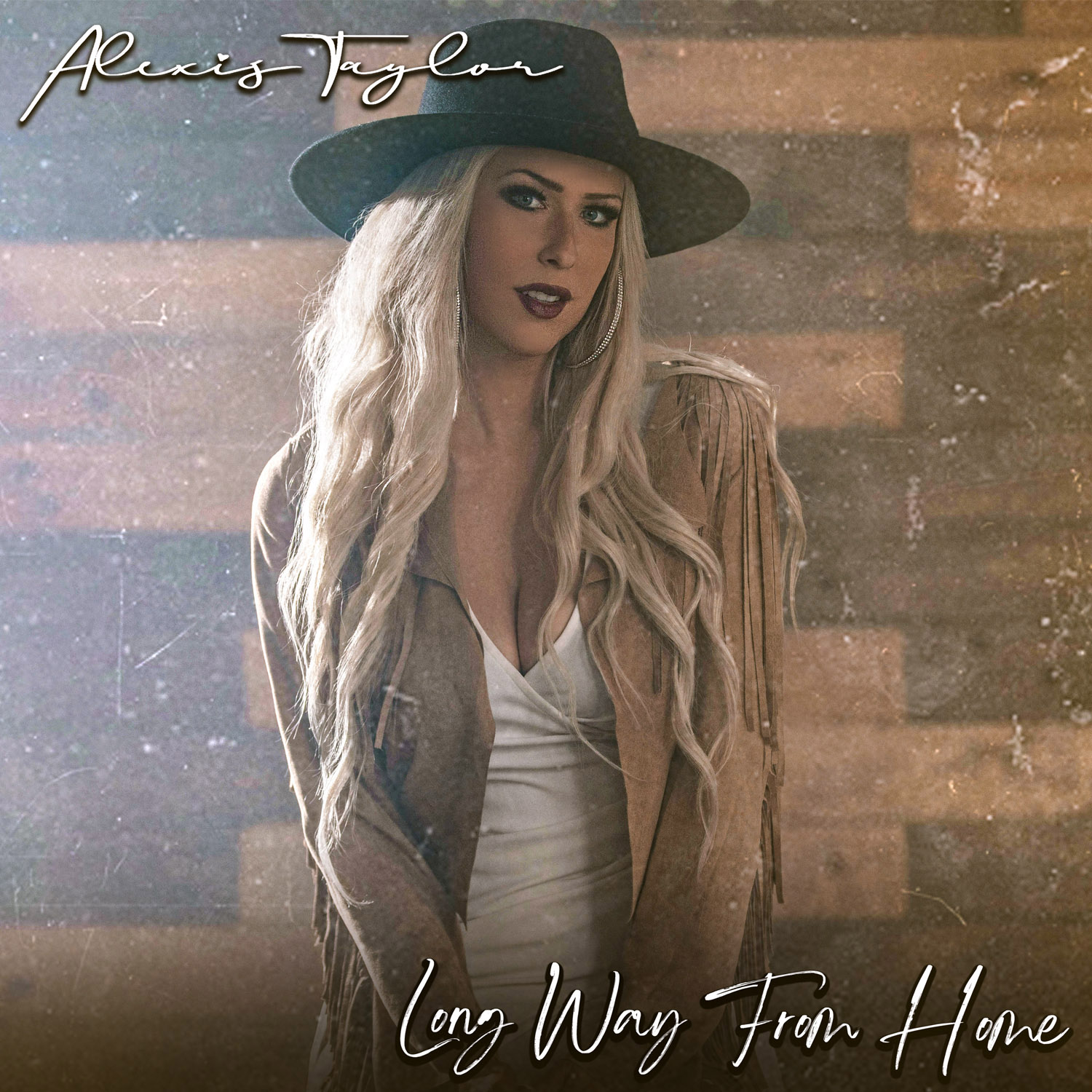 Big dreams often come with bumps in the road, and award-winning Canadian singer/songwriter Alexis Taylor shows us such with her confessional new country ballad “Long Way From Home” — available now.

Produced by award-winning artist John Willis, “Long Way From Home” is a slow, smooth traditional country jam with an infectious melody, twangy guitar, and warm, enveloping harmonies. Despite its story of dejection and loneliness, the Ontario-born, Nashville-based artist’s voice soars above the feelings, while the lyrics, poetic and evocative, paint a vivid picture of a young woman alone on a dusty road.

The song reveals the vulnerable side of pursuing stardom; when Taylor started writing “Long Way From Home,” she hadn’t finished writing a song in months and was having a day where she felt like giving up on her music career. “I felt so defeated,” she says. “I felt like it was time to pack my bags, go home, find a regular 9-5 job, and quit chasing these crazy dreams of mine.

“I wanted to really capture everything I was feeling in the lyrics and melody of the song,” she continues. “So I sat in my living room and just started writing, and poured my heart out onto paper, and the song seemed to write itself.”

The song was recorded in Nashville, where Taylor has been living ever since she decided to leave her small hometown in Ontario to pursue her dreams. And those dreams have clearly already materialized in a big way — the song was produced by John Willis, who has worked with Taylor Swift, Shania Twain, Willie Nelson, and many other musical greats.

“At the end of the day, I know music is what I was born to do, and even though I go through days of uncertainty, I was able to create this song as a reminder of how far I have come and to not lose faith,” Taylor shares.

Since first stepping onto the scene in 2016, Alexis Taylor has racked up over 350,000+ streams across all platforms, played Canadian Music Week, CMA Fest in Nashville, Tennessee, and opened for the likes of Marshall Tucker Band, Love and Theft, Meghan Patrick, Doug Seegers across his Scandinavian tour, and more.