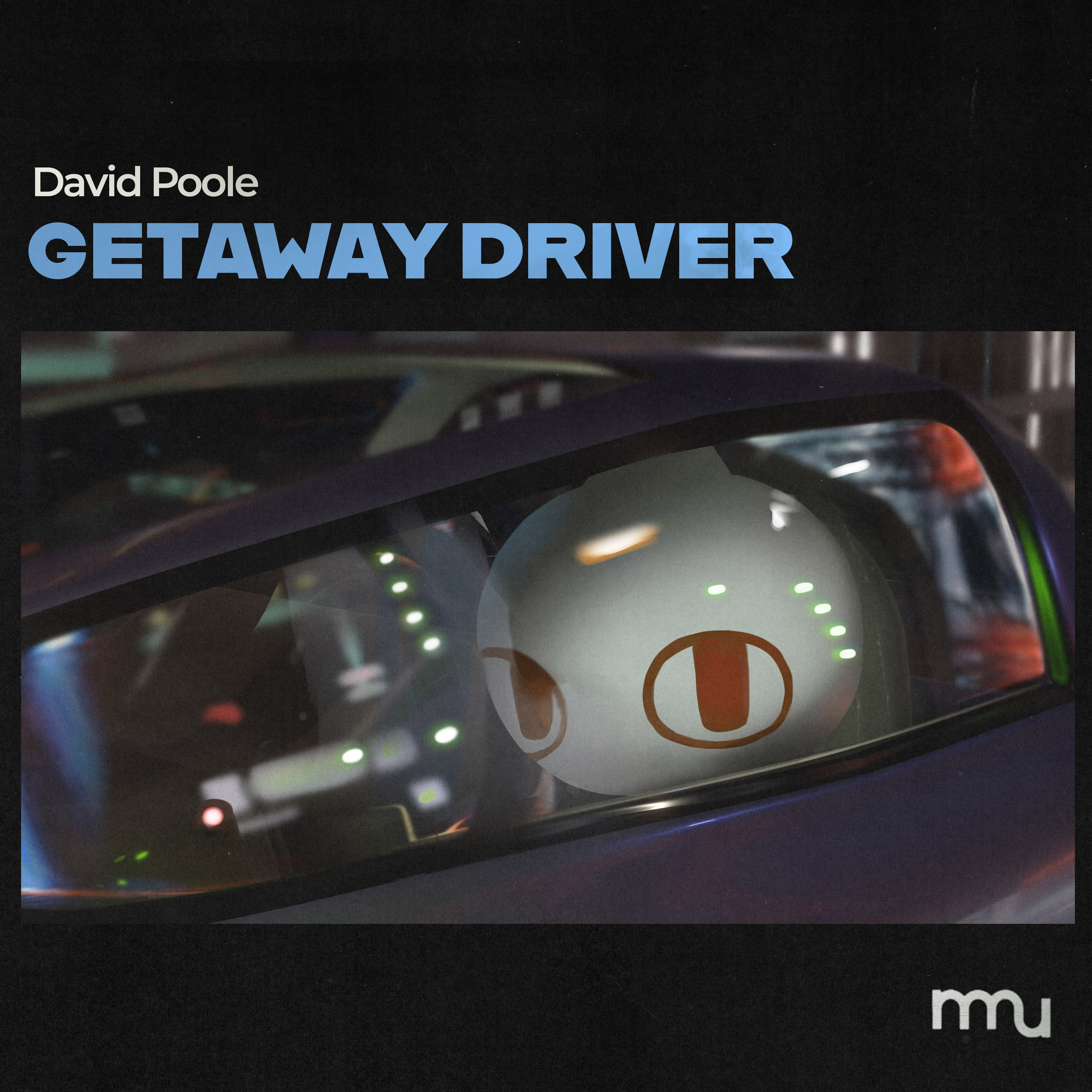 Known for creating planetary soundscapes in a faraway digital realm all his own, electropop artist David Poole flexes his talent for emotional feel-good composing with his newest single, “Getaway Driver” – check it out here on YouTube:

The brainchild of Thomas Thurlow and Kate Nikles, David Poole marked his debut in 2018; he resides in a digital dreamland known affectionately as Readymade Utopia – a destination that sounds almost too good to be true.

Poole is considered the flagship musician of this dreamland. Known throughout the digital and real world for his electronic dancefloor rhythms, immersive soundscapes, and intense storytelling, Poole’s work embodies his struggles and triumphs as an up-and-coming musician in Three Cloud City – the creative hub of Readymade Utopia.

While typical “digital musicians” involve some sort of artificial intelligence, it seems that Thomas Thurlow and Kate Nikles do a lot of the heavy lifting for David Poole. It’s not super easy to find a lot of information on Thurlow and Nikles which adds to the enigma that surrounds Poole and amplifies the immersion in his fictional back story.

“Getaway Driver,” Poole’s most recent release, is an accidental heartbreak song shrouded in feel-good electronic production tropes. “I was in a relationship with someone I loved dearly; we had finally gotten back together after a year apart, and it was better than ever.”

What makes “Getaway Driver” an accidental heartbreak song is the story of its production. David Poole went into the production with high spirits and even higher hopes.

“I began to write what would become’ Getaway Driver’ as a love song. It was coming quickly; the chords and the melodies appeared in front of me without thinking. About 20 minutes into writing, I got a call. We couldn’t be together anymore, not because we weren’t in love but because situations change.”

Heartbreak is all too common — the story of being in the right place at the wrong time is something that cuts so much deeper; longing for a love that never really died, Poole found himself more committed to the upcoming production than he initially thought.

“As a way to deal with the sadness, I picked up the song again right after the call. Everything came to me almost instantly. I still have a demo on my computer of the song, fully structured, the lyrics almost the same. But that demo is way too intimate to ever share.”

Despite feeling dejected from the happenstance of being human (or at least we think, we’re not super sure), the overall ethos that Poole pools into his music represent a message of hope; “Just because it’s sad doesn’t mean it can’t be fun.” Poole’s buoyant production style coupled with his heartfelt storytelling reflects his mindset when composing music perfectly.

“Getaway Driver is the first single off my full-length debut album Start 2, which will be out mid-spring 2022 via Readymade Utopia. Start 2 is almost entirely about loss. I tried not to focus on the pain of the loss, but instead be grateful for getting to be so close to so many people that I never wanted them to leave my life.”