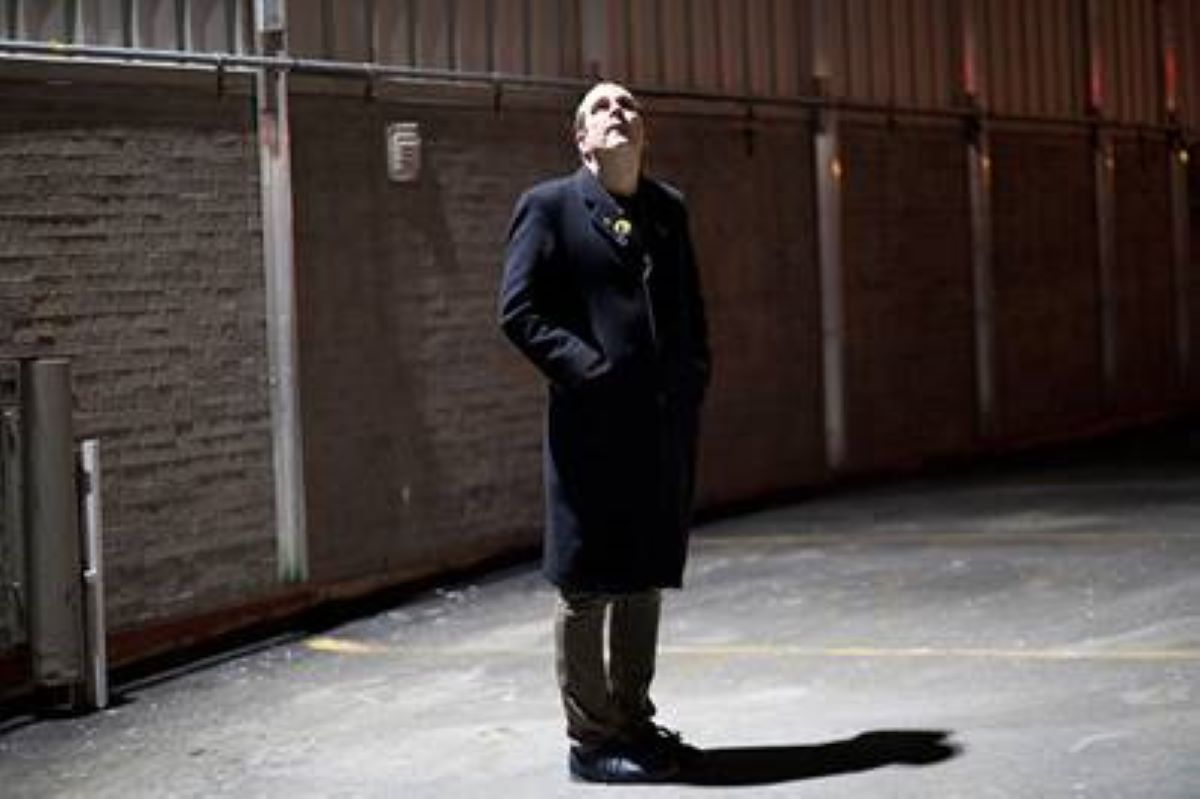 Many of tracks on Stargazer wade into the darker depths of romantic relationships, and “XOXO” is no exception. “Honestly? I was thinking about women I’ve known through the years who’ve told me stories about their partners threatening suicide as a way to try and hang onto them,” Gay shares, immediately delving deep into the inspiration behind the song. “As much as I despise this idea, and that kind of man, I really wanted to try and get into the head of a person who would do this.”

“I imagined a sort of self-absorbed individual while songwriting, or someone with a real depression or mental illness, but it’s truly open to interpretation of what type of individual’s perspective is shared; like, maybe it could be you? Or maybe he’s just looking for that impossible person to put the stars in his crown?

“I think one line says it all: ‘I love, and I grieve, and I always feel bad,’ as if his trouble should be his lover’s problem.”

Jeff Gay got his first foray into singing as a young soprano, even singing with Symphony Nova Scotia on one occasion. The Cole Harbour-based singer/songwriter soon moved to rock, taking part in BARK alongside Matt Mays in 1994, and some many years later, country-rock outfit, The Legendary Golden River Show Band. Through his years, he’s released critically acclaimed albums, including 2008’s Jeff Gay and Special Blends’ Kindly Requests, and Cuban Rum via Hungry Records in 2017.

2020’s Stargazer sees the Nova Scotian folk-country rocker taking to all instruments as well as lead vocals himself, while ushering in backing harmonies from the likes of Christina Martin, Laura Merrimen, Norma MacDonald, Ronok Sarkar, and more. His band features Curtis MacPhee, Maxwell Cranford, Brett Waye, and Drew Debay, and the album was produced by Jeff MacDonald.

“At this point, I feel like every album is just a response to the last one,” Gay considers, name checking Cuban Rum. “I was super pleased with my previous effort, and I even remember saying in an article that, with it, I felt like I’d found my ‘album template’ — short, 40 to 45 minutes in length, with nine or ten songs.

“Meanwhile, though, songs are accumulating,” he laughs. “And also, because every album is a response to the last one, I wanted to go less understated. Ya, know… Make a big statement!”

For Gay, that was part of the mission to create a body of work inspired by Prince’s Sign O the Times and Marvin Gaye’s post-divorce tome, Here, My Dear. “That is the album Gaye had to record as a condition of his divorce with Barry Gordy’s daughter, Anna,” Gay considers. “Here, My Dear runs the gamut of emotions, but the concept is all the feelings that come up in a divorce situation. He even sings at one point, ‘why do I have to pay attorney fees?,’ like he’s working through something in the recording studio.

“It’s raw and got to the heart of the subject matter in a very convincing way to me.”

“When I was in my early 20s, I tried to write a concept album about a relationship,” he continues. “The idea was abandoned, but I guess I always had it in the back of my head. With the creation of Stargazer, I told a friend I wanted it to replace Paris, France as the romantic capital of the universe. (I told you I was thinking about making a big statement!)

“This is a very personal album to me; it’s like Here, My Dear without the divorce.”