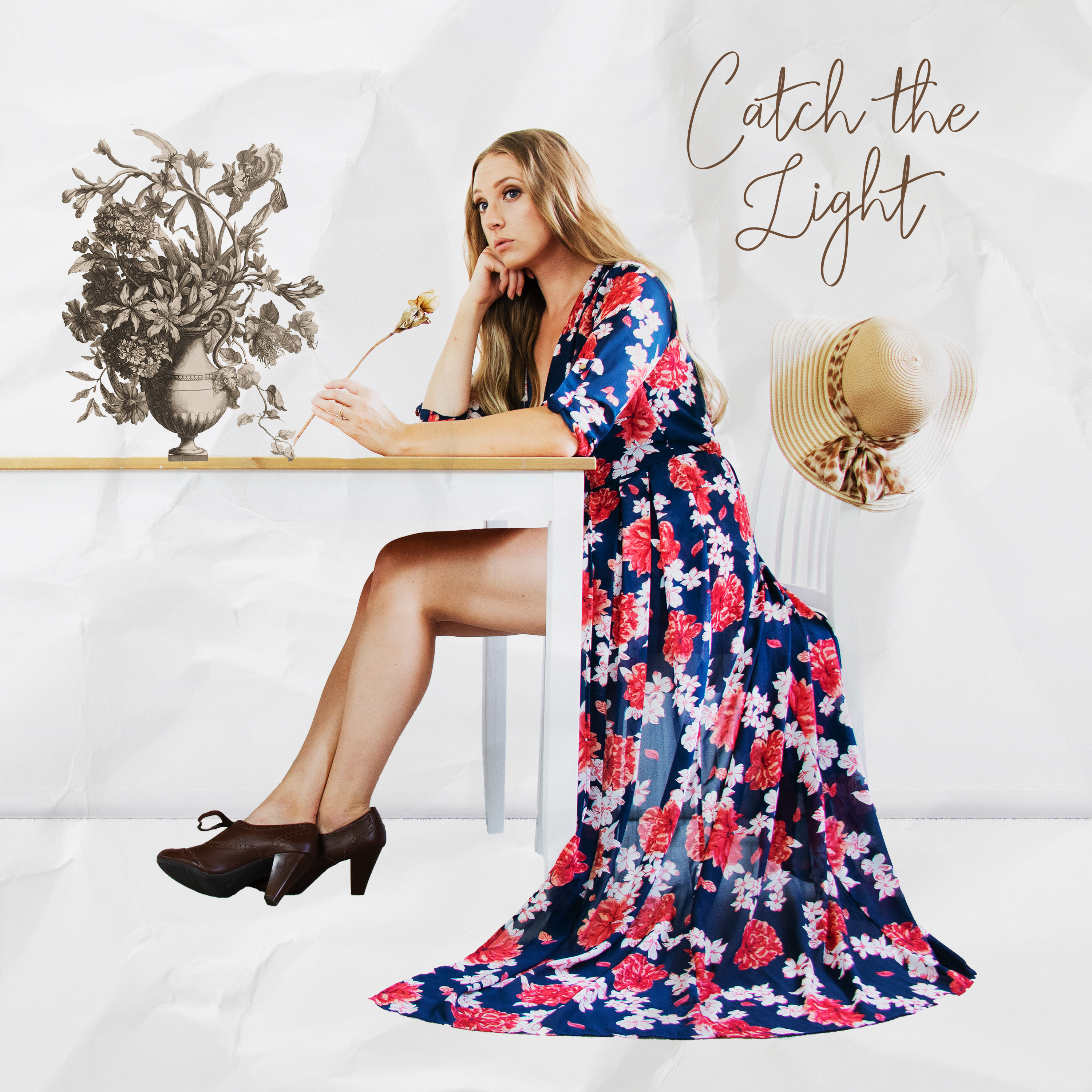 Love affairs, personal epiphanies, floods of memories, messy situations... Every life story can become inspiration for a song, and Canadian folk-rock artist Erika Lamon is distilling such moments into her forthcoming album, and new single “Catch the Light”.

Confronting the world at a pandemic standstill gave Lamon and her co-writer, producer, and husband, Max Nolet, the desire to set creativity in motion and record an album. The result is the Kingston-based singer-songwriter’s first full length, and FACTOR funded effort, Hues — set to arrive May 27, 2022.

Fittingly, the album recording process began in 2020 with Lamon sitting in the middle of her home studio with “lyrics from the last few years strewn about me on the floor,” she recalls.

“I asked myself: ‘what songs am I really excited about? Cutting it down to fifteen songs was tough.”

Then, as inspiration would strike, Lamon and Nolet would write new songs, cutting that initial list even more.

“But throughout the process, we let excitement be our compass for the album,” explains Lamon. “By the end of the winter, we had narrowed it down to a single pile, and ‘Catch the Light’ was at the top of it.”

Even though “Catch the Light” was written in 2015 prior to the release of Lamon’s debut, self-titled EP, Lamon knew the song’s time had now come to be recorded and released.

“I remember sitting with a guitar at my in-law’s kitchen counter and playing it for the first time for Max, my now-husband and producer, and everything was there.”

Following where excitement led also influenced the recording of “Catch the Light,” she continues. “A lot of things appeared at the last minute in the song as people got creative: the bass swells, the backup vocals.... Even the guitar solo wasn’t part of the original plan.

“That’s the beauty of art: Those unscripted moments make a recording what it is.”

Writing and recording Hues and releasing “Catch the Light” mark Lamon’s reemergence from two years of performing and touring from Toronto to Charlottetown following the 2017 release of her debut EP. In 2020, the much anticipated, one-off single and video “Omen” garnered attention from FACTOR, and earned Lamon financial support for recording her first album and releasing “Catch the Light” this year.

“Music, for me, is about connecting to ourselves and the world around us through story,” explains Lamon. “And when we made the demo for ‘Catch the Light,’ all I could think was: this is the start of that story.”