Skip to main content
Jim Roberts and the Resonants: Beneath The Blood Moon 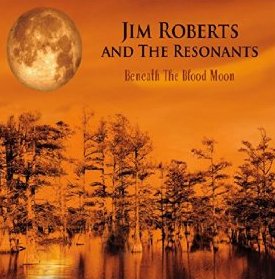 This initially seems to be a new independent release from a new US band. But a few years ago the Jack Roberts Harvey Band punched out an excellent, pulsing blues album called ‘Devil On A dirt Road,’ an album that was easily one of the best independent releases of the year. Jim Roberts and the Resonants is none other than the same basic outfit with a new, reinvented name and, yet again, another top-dollar, blues release that could once more prove to be one of the finest indie offerings of the year.

All tracks come from band-members and are powerful, lyrically strong and feature musicianship that genuinely engages with a clear sense of purpose and colour. Roberts himself is an evident slide guitar wizard who switches effortlessly between resonator, electric and cigar-box guitars with ease and ability. The remaining core band members also rock along with a determined drive that pushes through with each successive track. ‘Beneath The Blood Moon’ is a ten-track album that highlights this US West Coast blues band’s skills, confidence and sheer talent to full effect.  At times, straight-on blues, there are flashes of swampy Louisiana sounds in the mix together with Delta-inspired hooks and pounding hints of the Deep South.

An excellent album full of top-dollar playing, writing and delivery. One to grab when you can.