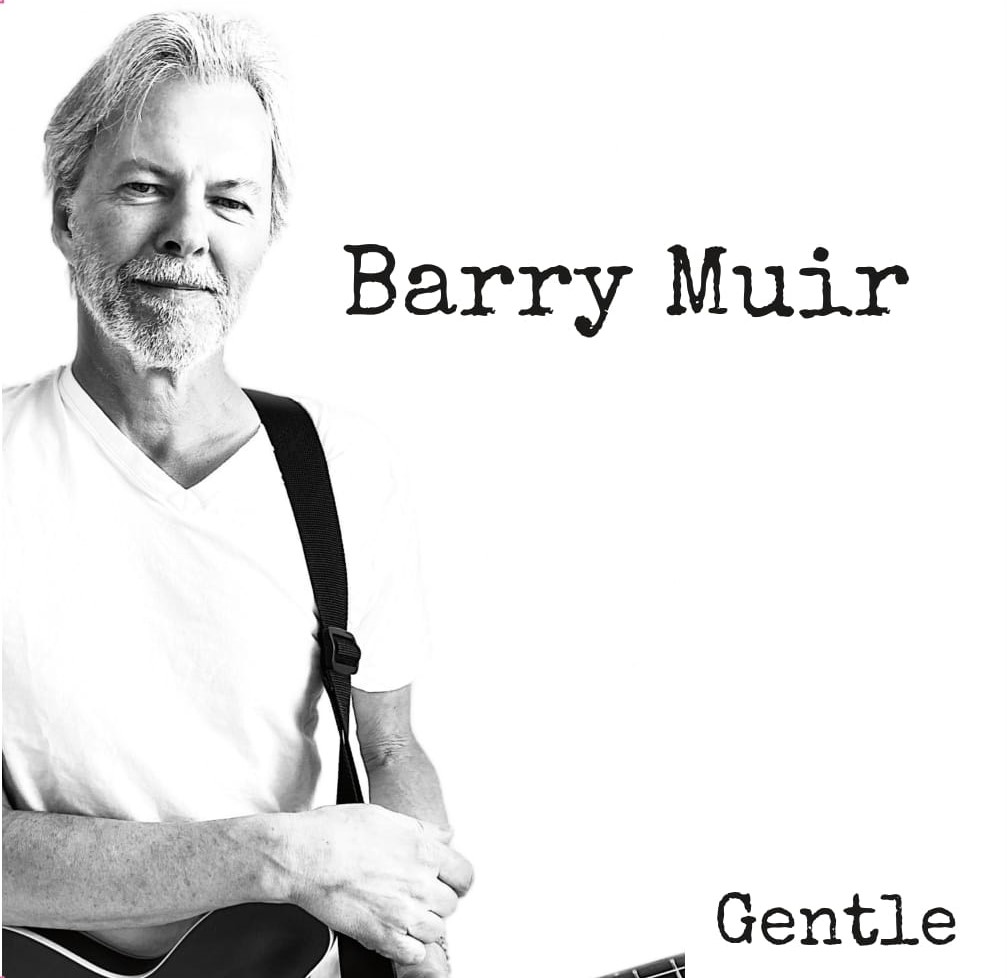 Weathered the Storm, written by Barry Muir, is the first single/video from the soon to be released album “Gentle” (slated for release on all music platforms January 10th, 2022). Weathered the Storm is a search for clarity after a tumultuous breakup and the hope that after some time apart the flame might be rekindled.

“Weathered the Storm, is a song I wrote about giving a relationship time to heal.” says Barry. “There is nothing like a breakup to spur so many emotions as a songwriter and the upcoming album “Gentle” is filled with songs about breaking up, knocking the walls down, starting over and even finding yourself alone.

It’s not all sad though,” Barry is quick to explain. “The song Better Together is an uplifting tune about exactly that, life is better together. Church at the Hollywood is finding yourself on the street, seeking shelter and having new friends in the same situation. She’s A Little Wildflower, written by Lucy LeBlanc, Joanne Stacey and myself is about a mysterious girl that comes in and out of your life. The title song, Gentle, is one I wrote asking to go easy knowing the end of a relationship is inevitable.”

The songs from “Gentle” were written and recorded over the past 8 months after Barry relocated from Vancouver to Toronto. Most of the songs are co-writes between Barry, Joanne Stacey and Lucy LeBlanc whose collaborative efforts have resulted in several singles over the years being published and recorded. Barry has three songs on the album he wrote himself.

“I grew up in Saskatoon,” Barry fondly reminisces. “My childhood summers were filled with days spent exploring the riverbanks of the South Saskatchewan River that snakes through the beautiful, prairie city. My winters were spent playing hockey on schoolyard rinks and nearby frozen ponds. I knew very early that music would be my path in life. It could have been the Beatles, Monkeys, Rolling Stones, or it could have been the many musicians in my neighborhood. As I’d walk down the street, I could hear drums pounding, electric guitars screeching even organs riffing through distorted speakers coming from basement windows. It wasn’t long until some of us got together and made one big noise! Soon we were playing sock-hops, weddings, school dances all before any of us were old enough to drive. Then it was on to playing high schools and the local bars along 2nd Avenue. The music scene in Saskatoon throughout the 70’s was vibrant with so many live music venues.”

After graduating from Aden Bowman Collegiate, Barry worked at HEL Music, a hangout for all the local musicians where he ate, breathed and slept music. At barely 20, Barry says “I told my Mom I was going to move to Vancouver to join Canada’s next big rock band. With her blessing I did exactly that, joining the Payola$. We’d soon have a number one song coast to coast with Eyes Of A Stranger. We were nominated for a string of Juno Awards, winning two in 1983. We toured with The Go Go’s, Cheap Trick, Rush and head lined our own shows in 130 US cities and across Canada.”

Bob Rock, the guitar player for the Payola$, went on to produce Metallica, Motley Crue, Bon Jovi, to name a few. In his early producer days, Bob would use Barry to play bass and one of those projects was Barney Bentall. Barry immediately bonded with Barney and his band. They became the Legendary Hearts signing a multi album deal with Epic/Columbia and later were part of Sony’s roster of Canadian bands. They also had some big hits, namely Something to Live For, which is still a staple on Canadian classic rock stations today. At the 1989 Juno Awards, it was the second time Barry was a member of a band taking away the ‘Most Promising Group of the Year’ award.

Barry’s daughter was born in 1989 and he had his own recording project that he was excited about, so he left the Legendary Hearts. Dave Chesney, who was partially responsible for signing Barney Bentall, took a liking to Barry’s demos and asked if Barry would go out on tour with The Blue Shadows. “So off I went again, and the next three years would be the most fulfilling musical years of my career. The Blue Shadows were magic. The late, great Billy Cowsill could sing like a bird as Jeffery Hatcher’s voice would intertwine in a way reminiscent of The Everly Brothers and Beatles. Jay Johnson and I, as a rhythm section, could swing like few could swing.”

After a brief hiatus from the music business, Barry began a new career. This time in finance. He also developed a keen interest in the recording side of music. Over the next 10 years Barry would go on to record as many albums with each one more ambitious than the last, many in his home studio.

“That brings me to my most recent album, “Gentle” says Barry. “Recorded in Nashville and Toronto with Toronto being my new home.”