Skip to main content
At Over 500,000+ Streams, Halifax Rockers Dali Van Gogh Release Ode to Our Times with “Boneyard” 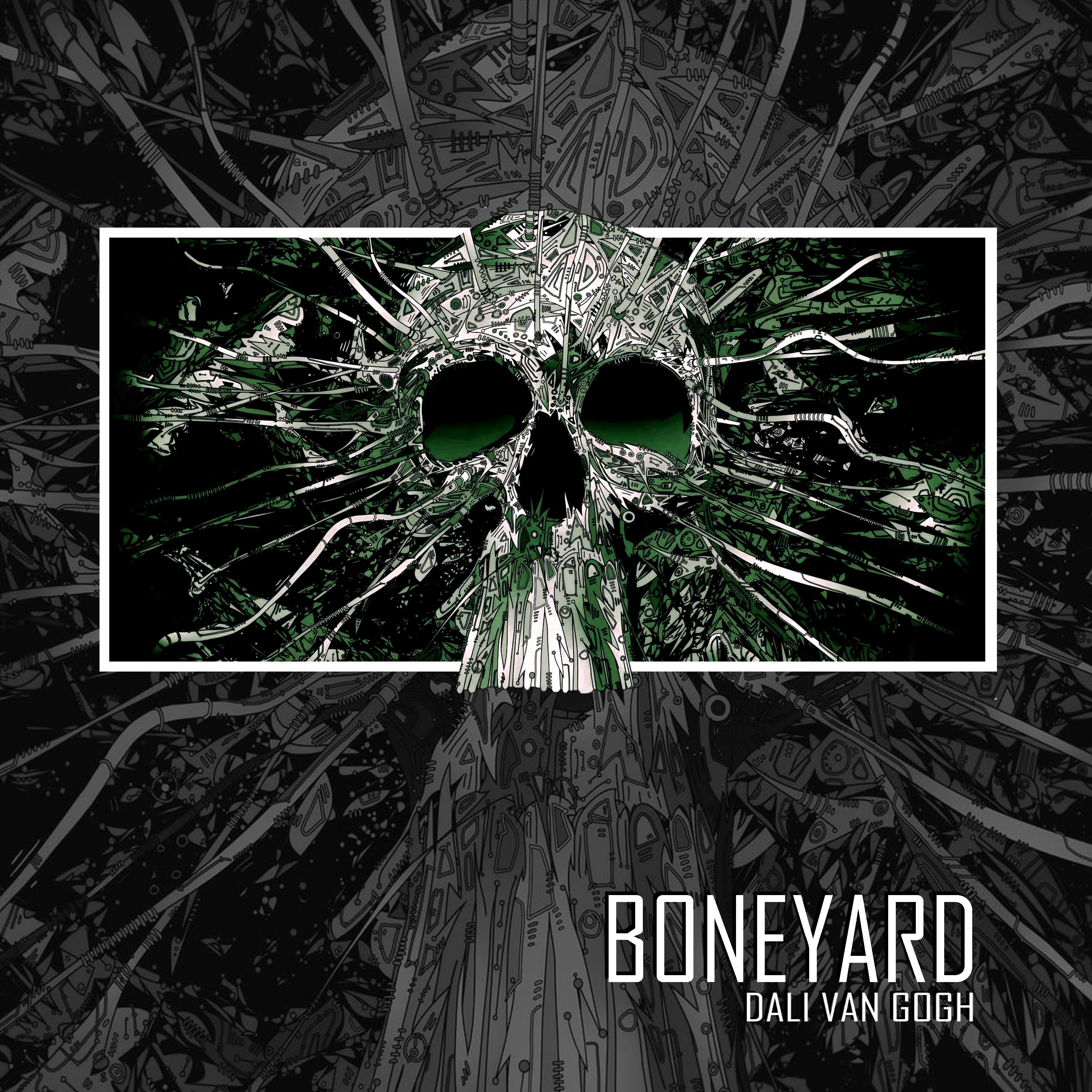 The song is the latest installment into The Testimony, a story being delivered through both music and a digitally-issued tie-in novel unveiled in parts every Friday by the Halifax-based band — Isaac Kent, John Scotto, Johnny Moore, Rachelle Moreau, and Lance Hicks — as part of their intricate and innovative concept release.

“‘Boneyard’ is a special song for us,” Kent considers. “It was created entirely during the pandemic; from sitting at home and mucking about with the first guitar riff during the shutdown, through to the finished product and video. It’s very reflective of where the band is emotionally during such a strange time.”

“The song is heavily inspired by the world and times we live in,” Scotto agrees. “That, and music that came from other times of turmoil in our history.”

“The interior of the building we shot in was dark and foreboding, and conveyed this deep sense of history and tragedy that perfectly fit the tone of the song,” he adds of the video’s location — an abandoned cold-war era radar base in Beaverbank, Nova Scotia. In it, Scotto resurrects a character from Dali Van Gogh’s previous album — a sermon-conducting preacher who’s plot line very much evolves through The Testimony.

Featuring a lone survivor and mysterious stranger from times past, The Testimony delivers accounts of those who have come into contact with ‘The Preacher’ — an enigmatic figure whose very presence alters the world around him. At 30+ pages so far, the novel-in-progress, delivered as a first person journal of sorts, ventures to ask who the authors are and what happened to the world they live in, all through weekly page releases and intermittent singles that piece it all together.

“Sure, there have been lots of concept records over the years, but what we’ve created with The Testimony is fairly unique,” Hicks explains. “We are building the story across various media; songs, the novel and art, videos, even cryptic posts on our website and social media. We’re engaging people every way that we can.”

“It’s definitely something a bit different for us,” Scotto adds. “It’s challenging in some ways because we didn’t go into this saying, ‘hey, let’s make a graphic novel, concept album,’ or anything like that, but one of the great things about working on a creative endeavour of any kind is that it sometimes takes you places you aren’t expecting to go.”

“The story is unfolding slowly, which gives people something to look forward to, as well as eventually to look back on as a finished project when we eventually reach the end,” says Moore. “You could compare it to long-form art similar to a regular YouTube series.”

“You don’t stand out from the pack unless you do things differently than everyone around you,” Kent squares up. “I get that from my grandmother, a champion 100 meter runner in her youth who trained with all the boys during a time when that was incredibly frowned upon. I’ve always taken a lot of inspiration from her story, right from the day I started the band 10 years ago.

“She always broke with the norm, and I think that’s what we’re doing here.”

“We were determined to not let COVID-19 put us at a standstill,” Moreau shares. “I think, if anything, it motivated us even more to put something super special out once our other opportunities had to be cancelled or rescheduled due to the circumstances.”

Evolving from Kent’s previous project — the pop rock band Eight Days To Saturday which also featured Moreau on keyboard — Dali Van Gogh was first formed in 2008. In 2015, his house and recording studio caught fire: every instrument, computer, and master disk, not to mention the contents from the rest of his family’s home, were lost. “Almost nothing was recovered,” he recalls. “Needless to say, it was a major roadblock.”

Just over a year later, however, and with renewed drive and focus, the band returned to the stage. With a sound best described as “infectious, gritty, and surprising” by Recording Artists Guild founder Byron Booker, Dali Van Gogh have received international radio play and charting status, over 500,000+ streams across platforms, were named semi-finalists in the SOCAN Canadian Songwriting Competition, and have released five records — Verbal Warning (2010), Mask Identity (2012), Wild Blue City (2012), From Ashes (2017), and Under Her Spell (2019) — the latter two of which were recorded at Kent’s newly minted HouseFire Studio One after the fire.

This was “a band that had found its way home,” said Brian Lush of RockWired Magazine.

“‘Boneyard’ is hook-laden with new rock energy,” producer and JUNO Award-nominated songwriter Rob Laidlaw (Platinum Blonde, Honeymoon Suite) says of the track. “I’ve had the opportunity to work with some of Canada’s best enduring bands, and this outfit is perched to make a major impact on the universal rock scene.”