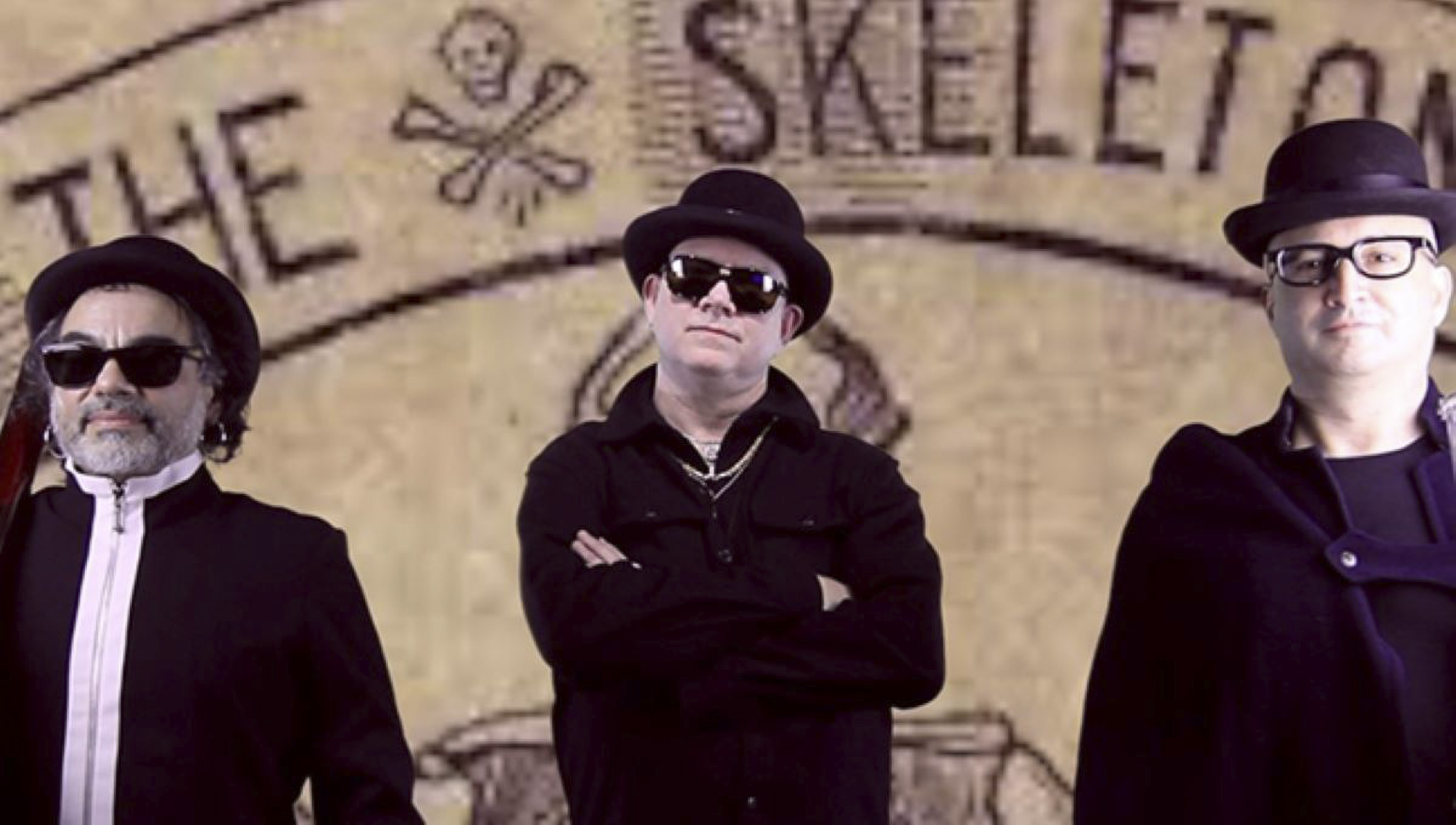 Canadian singer/songwriter Ritalin Boy harnesses ethereal forces to summon a brigade of demonic soldiers hellbent on enforcing the right to PARTY in the name of the Queen with the rippin’ new single, “The Skeleton Army” – check it out on YouTube here:

“The Skeleton Army” is the title track from Ritalin Boy’s forthcoming sophomore album that features an electrifying sonic diversity amongst the six sophisticated arrangements to form a quintessentially Canadian record; the album is an epic testament to Ritalin Boy’s comprehensive sound palette and realist perspective when tackling an array of social phenomena.

Inspired by prohibition-era Victorian England, the single “The Skeleton Army” is set during a period in history when the newly formed Salvation Army sought to rid the city folk of their alcohol and debauchery-based sins by raiding brothels and pubs of its inhabitants. Historically, “The Skeleton Army” was the name given to the rat-skin wearing, sea-shanty singing citizens of the time who were brave enough to stand up for their rights against prohibitionist enforcers.

When writing the song, Ritalin Boy knew the rhythmically appropriate themes that needed to be included. “The song is pure rock and roll. No studio gimmickry. Just raw guitar, bass, drums, piano, and vocals, with a sprinkle of Raagini spice, like the great Rolling Stones songs of the ‘60s.”

The rockin’ message of the song is in honour of Queen Elizabeth for giving her Royal Assent to legalize cannabis in Canada, effectively ending a century-long marijuana prohibition.

The entirety of Ritalin Boy’s album The Skeleton Army was recorded during the pandemic lockdowns at the Toronto-based recording studio, Kuhl Muzik. Aside from the percussive contributions of St. Catherines, Ontario drummer Tony “The Torch” Cirasuolo, Ritalin Boy laid down all of the vocal and instrumental tracks you hear on the album.

The Skeleton Army came together under the steady hand and expertise of GRAMMY Award-nominated, JUNO Award-winning producer and owner of Khul Music, Gary “GWIZ” Honess. The album is the collective effort of a few artists through countless hours of musical refinement to fully capture that Ritalin Boy aesthetic. His latest single, “The Skeleton Army,” is also a love letter to cannabis for its effort in chasing away all the other substances waiting to ruin Ritalin Boy’s life.

Ritalin Boy started his music career painstakingly playing along with the Salvation Army Ottawa Citadel Jr. Band. Around that time, a much younger Ritalin Boy found rock and roll in his older brother’s hidden vinyl collection, changing him forever and leading him on a long and winding road of fulfilling artistic expression.

Ritalin Boy brings the heat in time for the summer with the title track off his masterfully conceived and executed album; “The Skeleton Army” is available now on all digital platforms.

For more on Ritalin Boy check out open.spotify.com/track/1gfafg38ATeUCkZkgBYTMC?si=2e72ad383a9b4476&nd=1