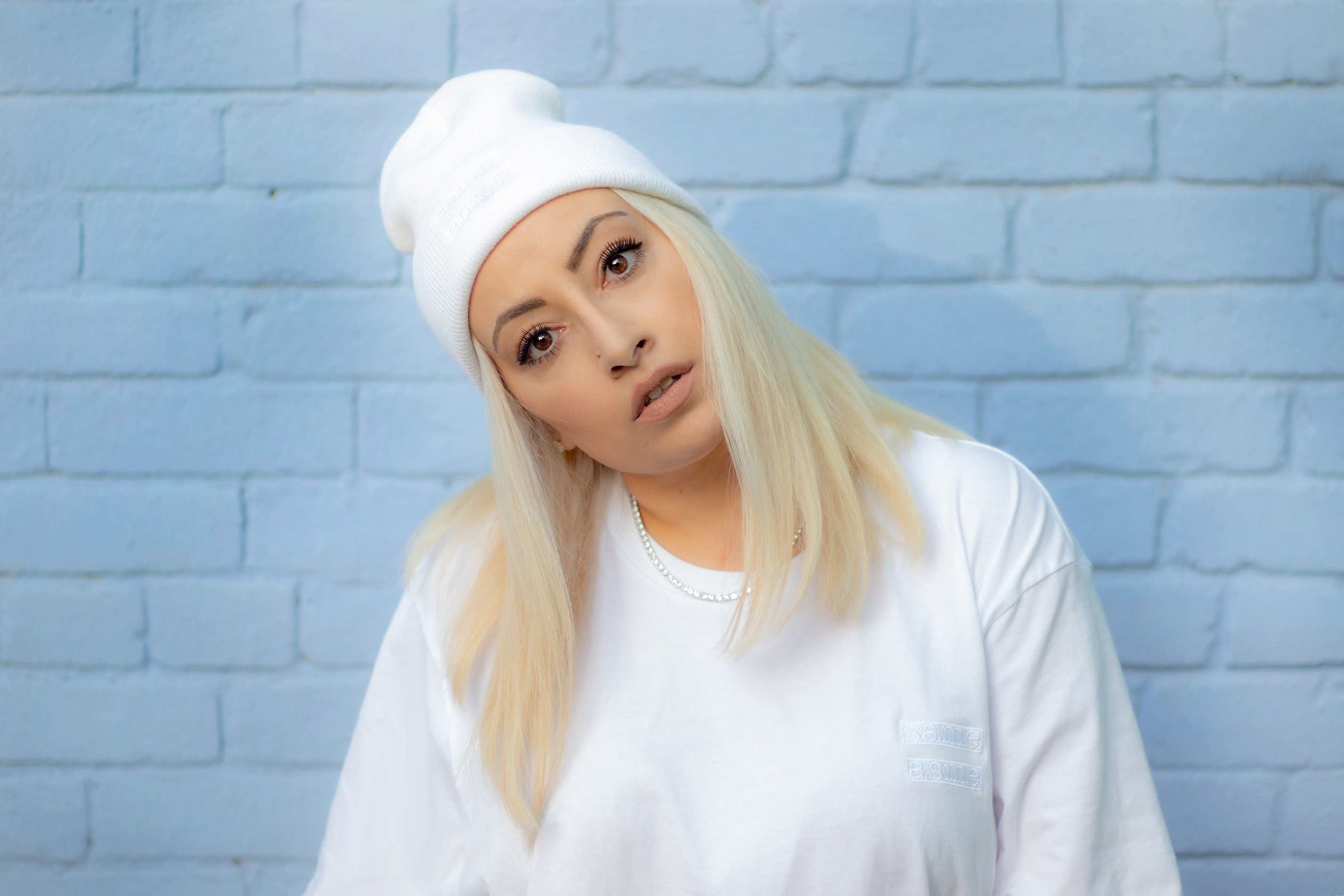 What the world needs now is love. And same as me. And the reigning queen of pop-infused hip hop’s new single, “Stand Up”.

In a love letter to a broken world, and in an effort to reunite us all, the Edmonton-born, Toronto-based singer/songwrtier, producer and rapper same as me is her own mighty mecca of music.

From the production, to the vox, to the rap, to the visuals, the artist takes creative command from every lyric she pens, every note in her insanely wide range, to every treatment of her videos. Unsurprisingly, the indie songstress from Hollywood North is getting picked up for what she’s putting down. And it’s a whole lotta – you got it – love.

Notably, Roy Hamilton III (former A&R of Capitol Records) has joined forces with same as me. And when society came to a staggering standstill, the pair knew it was time to produce something inspiring to give people hope. “In the midst of the Pandemic, when the protests broke out all over the world, Roy and I came together and knew we had to put my album aside and create a song that really spoke to this,” same as me explains. “I focused on ‘Stand Up’ because I didn’t feel comfortable soliciting my music in a time where people were just trying to survive — especially as I too was trying to do the same.”

The creative process behind piecing together the track came from a combined brainstorming effort between her and Hamilton. The pair fleshed out the elements — a need for Gospel, a message of hope. same as me says she took songs by artists like Black Eyed Peas and TuPac for refuge and inspiration, and from that sprang “Stand Up”’s immeasurable chorus — which she demo’d in just a day.

“If there was one positive thing that I had to say about the pandemic, it would be that it brought humanity's problems to the surface for the masses,” same as me reflects. “The masses that may not have been fully aware or chose to ignore these problems; things like racial inequality, systemic racism and the destruction of the planet.”

The song slips and slides between same as me’s flawlessly delivered bars and her powerhouse vox — including the high belt crescendo where the song piques in its commitment to resonate with the listener. A spellbinding medley of uniting together as people, as humans, as a group of colliding individuals who need some form of gathering in the throes of isolation, “Stand Up” works eloquently to become the tie that binds.

The same care and attention were taken in the detail of the adjoining music video, same as me shares. “My initial video concept was to shoot outside showing different people and the beauty of multiculturalism but, due to the pandemic, the streets were empty.

“We were all feeling the isolation of being alone, trapped at home, and I couldn’t imagine the isolation that the Black community was feeling,” she continues. “So, it made sense to have a very simple concept that was just me and two colours — blue and red — which represent peace/calm and panic/danger.

“I hope that the viewer can appreciate the simplicity of the video with this metaphor.”

In a time where life seems devoid of hope, and the power to find light in the darkness seems to lessen by each passing day, same as me delivers on captivating the human spirit in its effort to survive. Its desire to make it through disaster. Its stamina to find the strength to “Stand Up.”