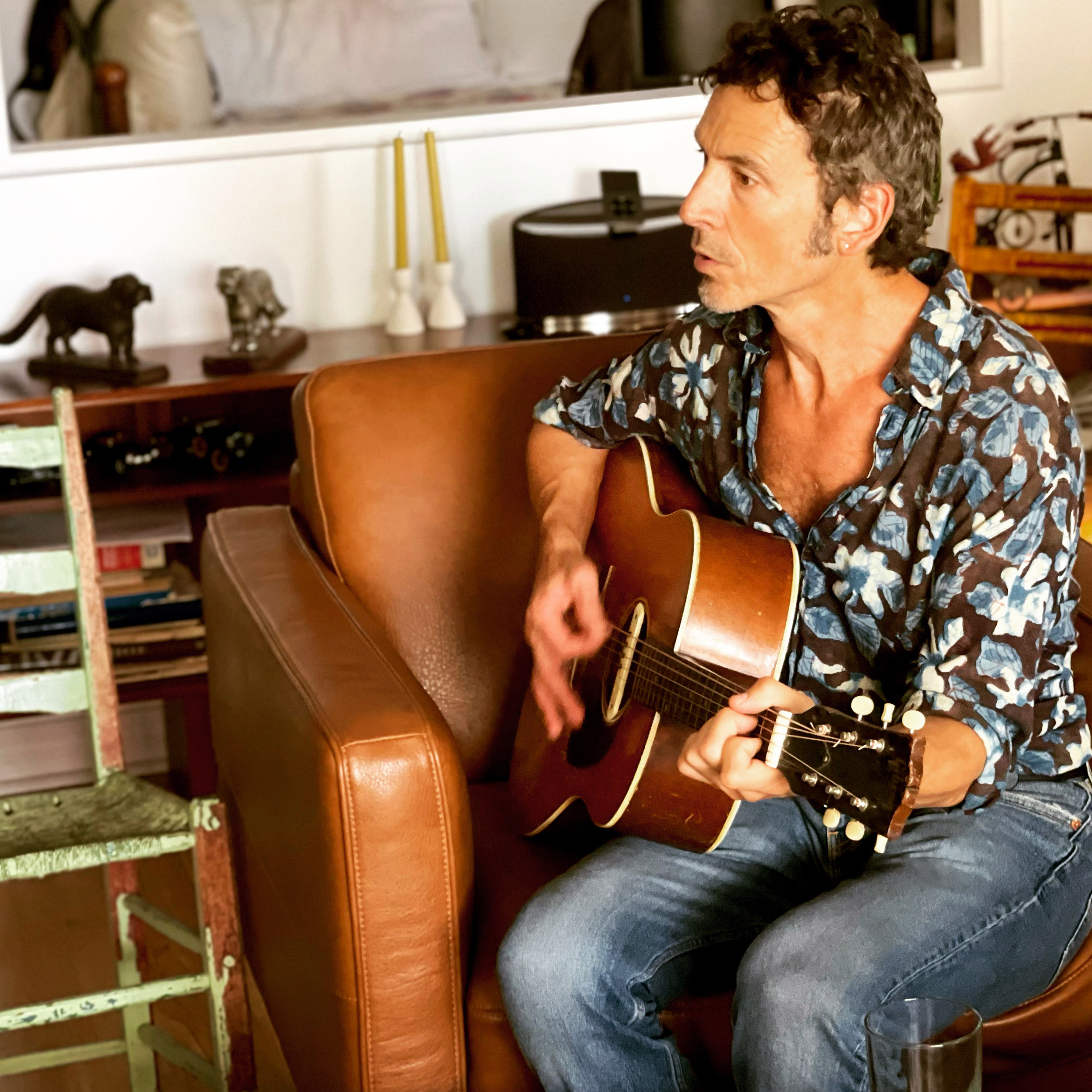 Through two years of pandemic-fuelled anxiety, political and social upheaval, and deepening social divides, maintaining hope and optimism has been a monumentally tall order. Having eagerly hoped 2021 would bring with it a cure for what ails us, enter award-winning Canadian author and rising singer/songwriter Steven Heighton and his new single, “New Year Song” — check it out here:

With the song poetically turning the page to what matters most on any and every day — the love we give — the profoundly moving single arrives from Heighton’s recent debut LP, The Devil’s Share, out now via Wolfe Island Records/CRS Europe.

Written near the end of 2020, “New Year Song” is Heighton’s defiantly hopeful, optimistic embrace of the year ahead, despite the pandemic and worsening political strife. With a steady acoustic strum behind his clear, confident vocal, Heighton keenly observes love’s enduring and paramount importance through examples of those on the precipice of death, under the weight of despair, questioning their purpose or steadfast in their faith and conviction. As each expository verse of “New Year Song” closes the singer finds himself answering the call to live a loving life in a more resolute and open way.

The second single from Heighton’s highly praised debut album, The Devil’s Share, “New Year Song” follows “Don’t Remember Me.” In a short time, his music has made an impressive impact on reviewers and revered artist contemporaries alike; The Queen’s Journal calls the collection “a terrific blend of folk, rock, and blues built on the foundation of Heighton’s tender-yet-searing poetry,” and internationally-renowned Canadian singer/songwriter Ron Sexsmith writes, "Steven Heighton's songs and voice truly resonate with me. They give me a sort of 'Where have you been all my life?' feeling.”

In the tradition of “Let It Be,” “Let It Grow,” “Peace Train,” or Sexsmith’s own “Gold in Them Hills,” Heighton has created an anthem that celebrates surrendering to life despite all its dangers, divisions, and griefs. This is perhaps most beautifully encapsulated in the song’s bridge.

I once believed in love received
You’re saved by the love they gave you.
Now I see it the other way
Only love you give can save you.

The closing chorus of “New Year Song” hits an emotional apex when the great gospel and blues artist Sherman Holmes adds his voice to the choir, inviting both personal and collective healing while celebrating the potential aftermath of that change - a new year, truly.

Love, gratitude and a commitment to healing have already been hard at work in Heighton’s own life as he triumphantly overcame a tragic accident that almost took his voice away. In 2010, the Toronto-born, Kingston-based artist suffered a laryngeal fracture — a crushed voice box — while playing recreational hockey, and doctors told him he might never talk normally, and most certainly wouldn’t sing again. Heighton took that diagnosis as a challenge to rebuild rather than as a sentence of lifelong silence; he picked up his guitar again and returned to writing words to be sung in addition to the ones he was writing to be read.

The album follows a prolific and celebrated writing career for Heighton, during which he has authored and published eighteen books of poetry, fiction and essays including the 2016 Governor General’s Award-winning The Waking Comes Late. Heighton’s novel Afterlands was a New York Times Book Review Editors’ Choice, a best-of-year selection in several countries, and is in pre-production for film.

It’s truly a new year for Steven Heighton, and his artistry, as well. Thirty years ago, he began his career as a songwriter busking around Europe and Australia. Now, after a successful literary career and recovering from a life-altering accident, he views his return to music as coming home to his roots and “making good on the sort of promise you vow to yourself in your early years without knowing you’ve done it.”