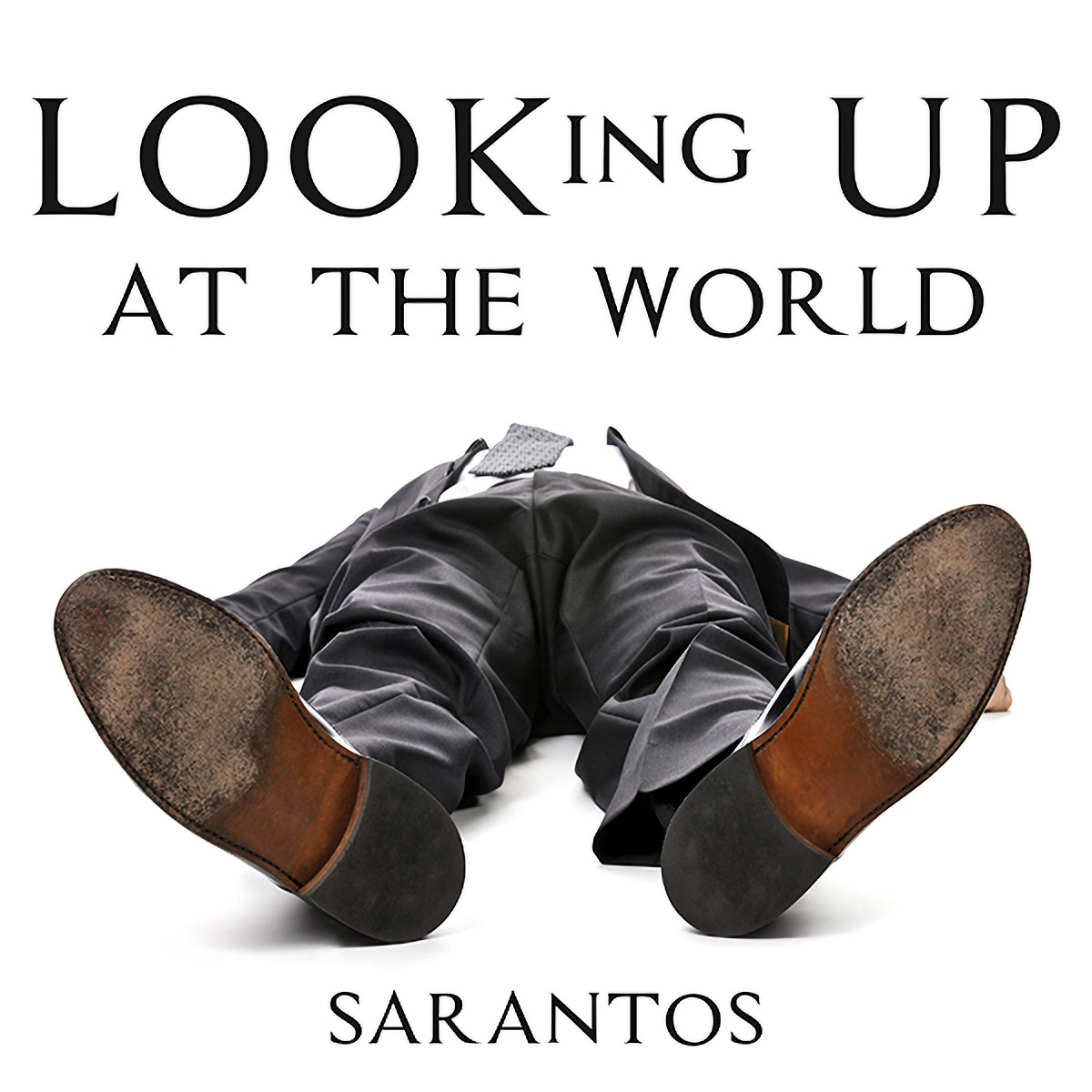 Internationally acclaimed award-winning DIY artist Sarantos channels his signature upbeat songwriting style to tell a melancholic story about pushing through life's physical and mental pain with the evocative new single, “Looking UP At The World” – check it out YouTube here:

Sarantos’s latest emotional single, “Looking UP At The World,” conveys the crippling feeling of being helpless as everyone else moves on in life. As Sarantos says, “being on the floor because that’s the only position that doesn’t hurt, and there I feel alone and like the world is passing me by.”

The song’s inspiration came about as Sarantos captures the story of a character who’s a workaholic and is embattled with disease. The crippling nature of physical and emotional pain, particularly in the wake of COVID, is fully explored in Sarantos’s latest musical effort. “Being in pain is like drowning because you’re so desperate to grab onto anyone or anything. You won’t even care if you take them down with you.”

An eclectic musical foundation sets the tone for juxtaposed lyrics that showcase the depth of perspective commonly found in Sarantos’s songwriting style. In contrast to the major key in which the music is written, Sarantos doesn’t shy away from exposing himself to reach and connect with listeners worldwide.

“Every yellow brick’s going down the wrong road
I’m upset the world threw me away
No one looks down at me
They don’t know how much I’m missing
Looking UP at the world.”

Adopting a DIY method to music creation, Sarantos has been the hardest working self-sustainable artist on the scene. With two songs up for GRAMMY considerations in 2017 to the litany of international music and entertainment awards, Sarantos is a self-managed force of sonic nature. His music has graced radio stations and charted across many markets in Europe and the U.S, all without the backing of a studio or record label.

Sarantos is a renaissance artist with songwriting and producer credits on top of his work as an author of poetry and literature that accompanies the extensive collection of music he’s released.

Armed with an enormous social media presence and thousands of written songs under his belt, Sarantos has been demonstrating a work ethic like no other. He continues his mission to spread honesty and compassion with his art with no signs of stopping.

Sarantos draws on his own experiences to connect to his listeners genuinely through the universal language of music to make the world a better place.