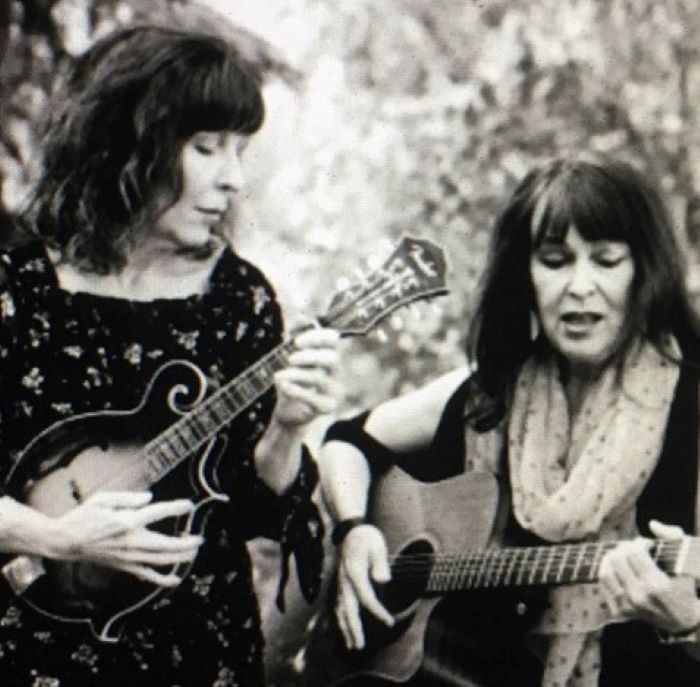 “It started out so innocent…” co-front Trish Cameron winks. “‘Dark Road’ began as just a little Latin/flamenco-influenced number in A minor, then quickly moved into a tale of personal corruption and loss of integrity.”

“Somehow, while arranging the song, we imagined mariachi horns,” co-front Wendy Crawford adds. “From that seed, everyone on the team jumped in to craft the song’s direction.”

“Arranging and recording ‘Dark Road’ was an inspiring and collaborative effort,” Wendy and Trish recall. “The end result is a testimony to shared creativity and vision.

“The current political landscape and planetary situation channeled the lyrics,” they add. “Seeking a little advantage for oneself, and for one’s friends, seems so ‘common sense’ at first.

“That is, of course, until it hits the highway, intentions pick up speed,and suddenly you’re hurtling towards a Thelma & Louise ending!”

First on the scene in the early 2010s, Trish Cameron and Wendy Crawford co-wrote their first song — the country-inspired tearjerker, “Never Said” — in 2014. Two years later, they made their performing debut in their hometown of Saskatoon, SK with an eclectic mix of covers and originals.

The Prairie sisters are founding members of an international songwriters’ group inspired by American folk singer Kristina Olsen’s songwriting class. In their words, the guiding light for this creative troupe are their “deadlines”; each member is responsible for writing a new song every single month.

Cameron & Crawford’s most recent single, “I Want a Song,” was a result of one of those sessions, and joins their growing library of releases, including “A Lovely Time of Year,” “Great Wall,” and “Indigo Delight.”