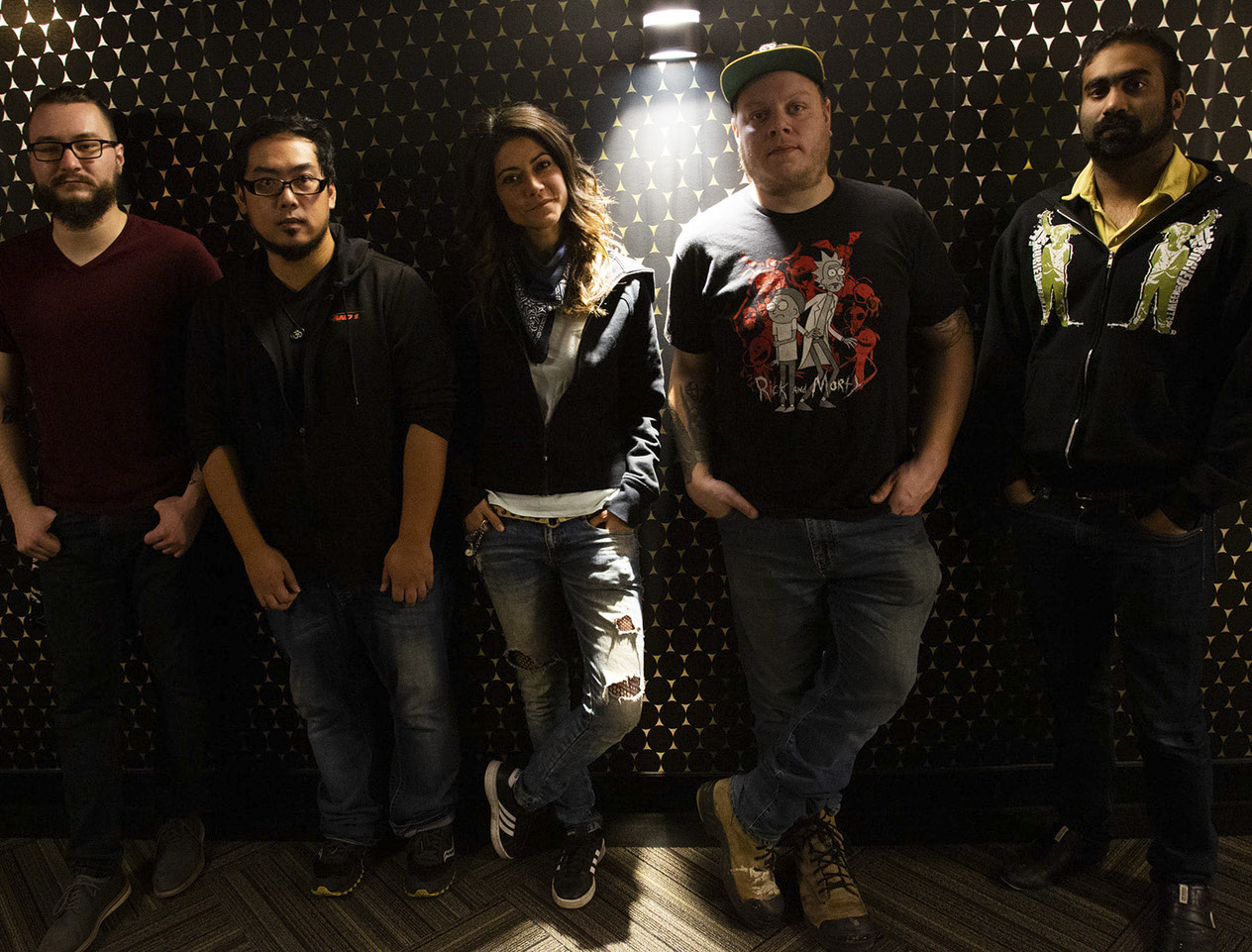 Canadian metal band POLARITY puts on a technical sonic showcase filled with wailing guitars and complex drum patterns while conveying observations in a world where history continues to be determined by exploitative forces. A combination of grit and raw musical expertise set the stage for POLARITY’s blistering new single, “Destruction Of Memory”:

POLARITY comes out swinging with a sophisticated song that attracts audiences who appreciate musical craftsmanship and cerebral ideas. The first of three red-hot releases scheduled for this summer, “Destruction Of Memory,” is an electrifying recording borne out of artistic exploration.

“We’ve never done anything conventionally, so recording these new songs live off the floor is something that really allows us to invite our listeners into songs created completely organically and authentically,” says vocalist Jasmine Virginia.

“Destruction Of Memory,” asks listeners not to be fooled by all the noise in the world and instead examine their own experiences and personal truths. Dubbed cinematic rock by producer David Botrill, the song is a theatrically engineered soundscape that acts as a visceral commentary on the human condition. Philosophical themes of indoctrination and authoritarianism are traversed as POLARITY takes listeners on a lyrical expedition through space and time.

“In the dark we’re compromised
It seems they want us hypnotized
Divided with these shallow lies
If we’re afraid to move and patronized
Civilizations fossilize.”

In collaboration with JUNO Award-winning producers Darren Magierowski and Jill Zimmerman, POLARITY’s latest group of songs was recorded at Jukasa Studio, home of recording acts such as Alexis on Fire and Protest The Hero. The recording was filmed live by renowned videographer Mike Filsingerand (30 Seconds to Mars, Three Days Grace). The footage was chopped up and now serves as the official music video for the song.

POLARITY is the result of a musical friendship lasting over a decade and has grown steadily since its inception in 2008. “Our goal has always been to make music that makes a positive impact, and we have no plans of stopping anytime soon,” says guitarist Michael Sitana. Vulnerability is encouraged, expressed, and complemented by a rhythmic sensibility that cuts through the static and connects with audiences in a meaningful way.

With four studio albums guided by GRAMMY-winning producers like David Bottrill and Joao Carvalho, and hundreds of Canadian shows under their belt, POLARITY continues to be one of the most consistent DIY bands working today.