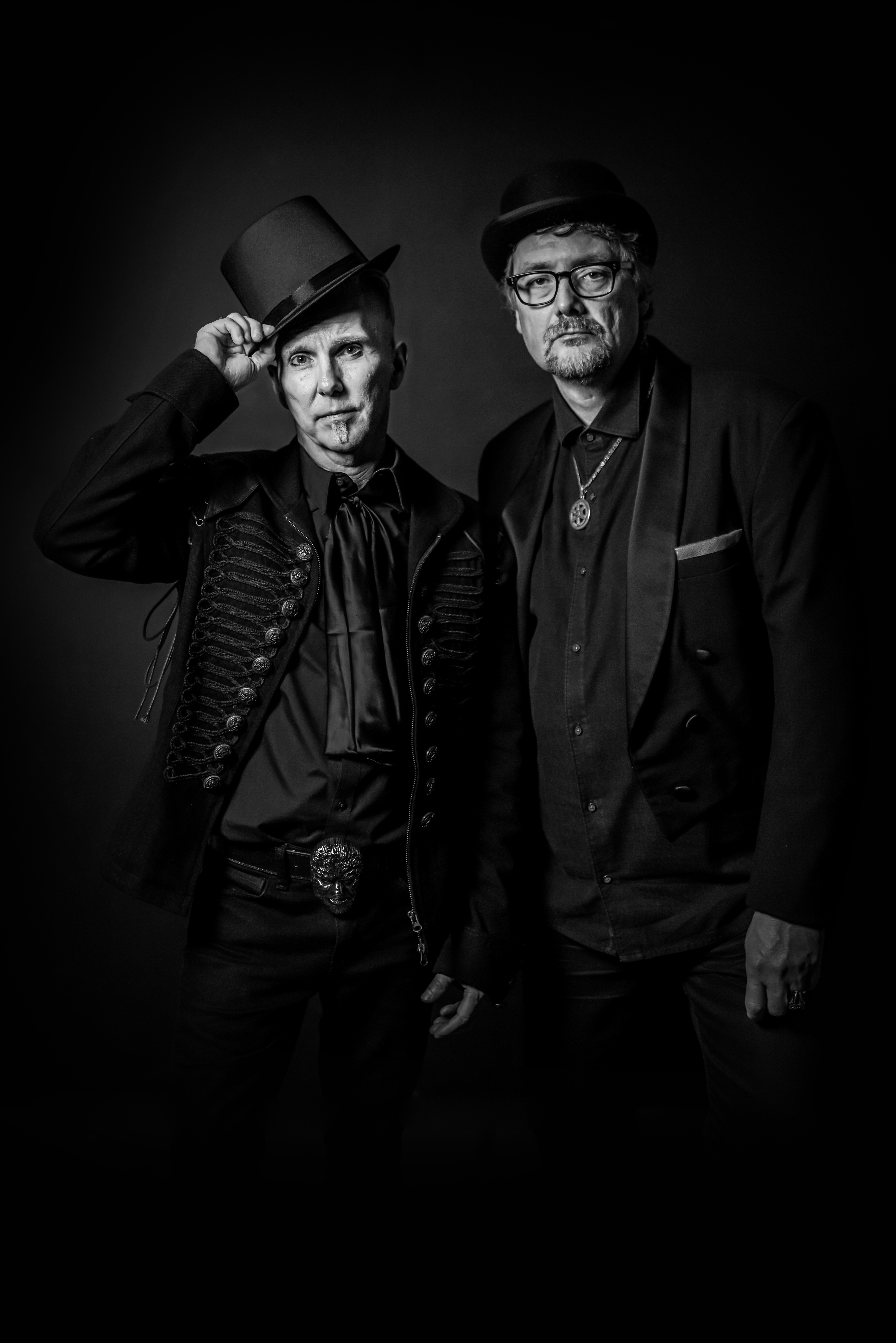 Step right up: Toronto/Los Angeles’ Douglas Von Irvin’s Carnival are set to put their “Punk Rock Heart” on display with this, their new single and video.

The latest to land ahead of the garage-pop pioneers’ forthcoming album, Meet the Monster, this May, “the song was born a couple of years ago while working on a song’s chorus about my mean-eyed cat,” lead singer Douglas Von Irvin divulges. “Later, while on vacation in Las Vegas, my mother surprised me by throwing me into a songwriting class hosted by Gene Simmons.

“So, I came home and fooled around with the song — still writing about my cat’s feral, bouncy heart.”

Fast forward to late-2019, Von Irvin continues, and the sharing of the song with the mysterious frontman’s songwriting partner — and the band’s ‘spiritual advisor’ — Dr. Prycenstein (Dave Pryce), and the project’s producer, Matt Starr. “The two of them decided the song needed to grow up a little, and I could stop singing about my cat.

“From there, the three of us collaborated on lyrics about a feral, cat-like girl, and picked up the arrangement’s tempo. With the stripped-down arrangement of ratty guitars, drums, bass, and most of all, Dr. Prycenstein’s lyric lines of ‘Joan Jett grace’ and ‘we’ll show ‘em all and start a band,’ we all agreed the song needed to be called ‘Punk Rock Heart.’ As for the video, it is filled with a neon palette of colors with a Jackson Pollock-like splash. “A very exciting visual for the eyes.”

It’s that artful invitation into escapism that’s landed Douglas Von Irvin’s Carnival on a spotlit podium all its own. Where the band describes their oft-spooky and theatrical power-pop sound as if “Roy Orbison and The Cramps had a baby,” their ultimate mission is to whisk audiences on an adventurous and immersive mixed media experience.

“We want to give people a chance to take a break from the harsh realities of the world, all while staying in tune with our feelings and minds,” Von Irvin explains. “We offer a place where all walks of life are celebrated and welcome to hang around in our Carnival.”

While some audiences received an early preview for “Punk Rock Heart,” the video lands on the heels of both this year’s previous release, “Ultra Man,” and 2020 deliveries of “Cave Man Rock,” “Vampire Lovers,” and “Monster Pool Party.” The singles — and ultimate EP, Meet the Monsters — were produced by Matt Starr (Ace Frehley, Mr. Big), who also played drums, co-wrote, and arranged the release; Smiley Sean from Motley Crue/Tommy Lee’s studio, The Atrium, mixed the songs.