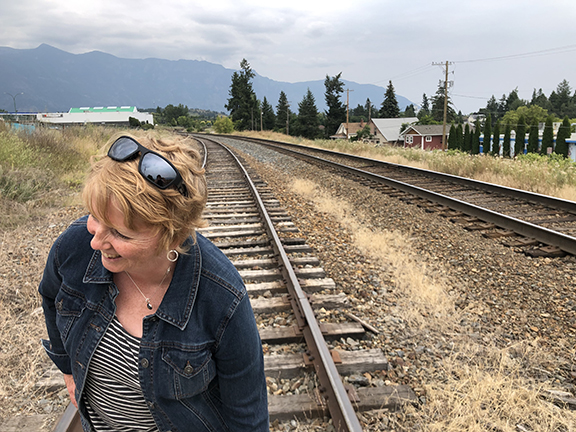 When looking ahead down the road of life, the temptation to peer in the rearview mirror is always just a glance away... And it’s that sense of these past experiences, big life changes, and hope for the future fuelling folk-pop singer/songwriter Kele Fleming’s fiery new single, “Me Oh My” — give a listen and watch it on YouTube here:

Written by Fleming’s longtime collaborator and friend, Ron Yamauchi, “Me Oh My” gives the Victoria-based artist the opportunity to stretch vocally from calm reflection to an emotional roar — knowing well what inspired Yamauchi’s powerfully personal lyrics.

I talked my way outta so many tomorrows
Some good, some great
Who’s the fool now and the sorrow?
Me oh my

“I wrote this after my first family reunion with my birth family,” Yamauchi explains. “It’s about thinking about difficulty in one’s past, sacrifices others made for you included, and feeling grateful.”

“Me Oh My” was originally recorded for Fleming’s 2016 album, No Static, a complete collaboration with Yamauchi on which most of the tracks are co-writes. That “Me Oh My” is the release’s exception, written solely by Yamauchi, Fleming was up to the challenge of interpreting her friend’s song, as she was on the cusp of going through big life changes herself.

“I can hear the intensity of the emotion I was feeling at the time in my vocal performance,” Fleming notes. “I was hopeful and fierce that the shifts and changes I was following in my life would bring me peace and love.”

Describing the video for “Me Oh My” as “walking as a life metaphor” and “a love letter to Vancouver,” creating it helped provide the impetus to release the song now as a standalone single. While staying home during the pandemic, Fleming has been acquiring a new skill as a video editor; she edited the video herself with footage she shot of her own walks around Vancouver during three seasons in 2020 before and during the pandemic.

“You see my feet walking through different cityscapes and also reflected and refracted views of the wet city through the windows of city buses and the Skytrain,” Fleming explains. “Walking became a meditation on how to stay connected to the world around me during the pandemic and this video reflects that. Fun fact about me revealed by this video:” she adds, “my love of shoes!”

Here’s something else to “Me Oh My” about… Very soon, Kele Fleming’s performances will not only be at home in front of her camera, microphone and computer; with pandemic restrictions easing, and live music taking its first steps back to the stage, Fleming has a series of shows slated over the coming months.

In addition to “Me Oh My,” Fleming will certainly be performing songs from her most recent album, The Song I’ll Write for My Whole Life — including the recent single “Vanishing of Bees.” Released for UN World Bee Day, the song is in support of the David Suzuki Foundation’s Butterflyaway project protecting key pollinator habitats.