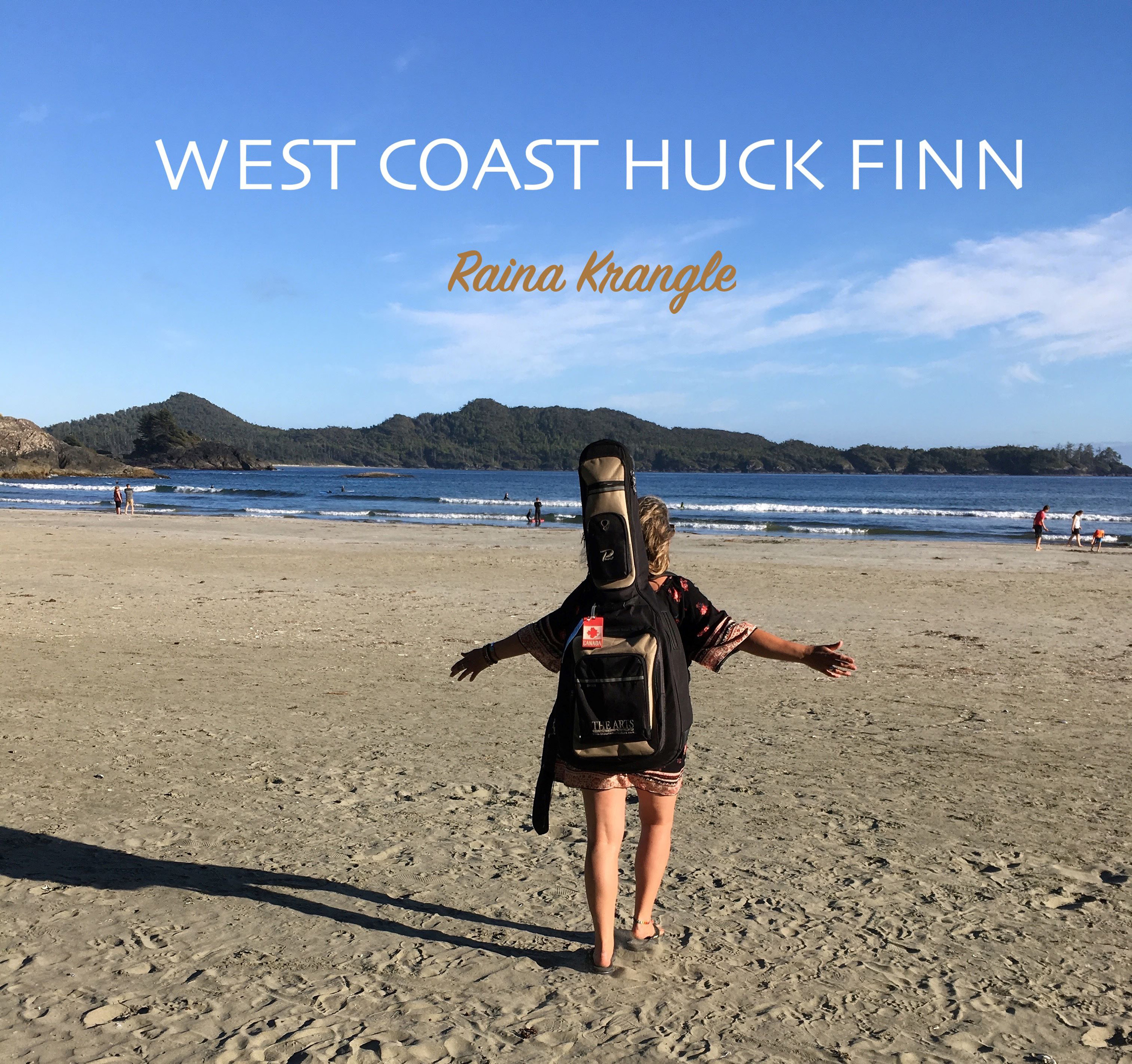 Grab the keys to your imagination, fill your tank with wanderlust, and get ready to hit the Trans-Canada Highway westbound; Canadian folk rock artist Raina Krangle has your ticket for a super-naturally satisfying trip to the Pacific with this, her new single, “West Coast Huck Finn”.

From the top of the majestic Rocky Mountains to the tip of the sea-sprayed haven of Vancouver Island, Canada’s westernmost provinces have a special magic all their own. Sensing the area’s magic in its ancient, dense B.C. forests, or high up on a snowy mountain pass, or in the soul-stirring sunsets that bathe English Bay in a rosy glow, and beyond, Toronto-based artist Raina Krangle fell under the region’s spell a few summers ago while sitting on the stage at the historic Duncan Showroom. There, the initial melody and chorus for “West Coast Huck Finn” surfaced in her mind, brought on by the warm, welcoming experience of the venue and exploring its unique collection of antiques.

“My travel partner and I explored the antiques with excitement all night, jamming out with old pipe organs, trying on vintage hats and playing old records,” recalls the 2020 Blues & Roots Radio International Songwriting Contest Finalist. “There was something very unique and spiritual about this place. You could just feel it!”

From Duncan, BC, Krangle and her friend set out for the wildly beautiful western shore of the island and Tofino, which is where the song really found its sea legs. “Blessed to get a rare sunny day on Chesterman’s Beach, I tried out the chorus again standing with my feet in the sand of the Pacific Ocean,” she remembers. “Recalling this adventurous west coast road trip, from Calgary to Tofino, the rest of the song was written back home in Ontario.” That moment of musical connection on Chesterman’s Beach is recaptured in the photograph in the single art for “West Coast Huck Finn.”

Much like the young Mississippi River adventurer in Mark Twain’s Great American Novel, Raina Krangle’s journey in “West Coast Huck Finn” is rooted in soul-satisfying escapism and wonder. On her way to land’s end in Tofino, there are sight-singing stops in storied places like Lake Louise, Revelstoke, the Okanagan Valley, and Whistler that will conjure up fond memories for anyone familiar.

Tastily flavoured with shades of classic country rock artists like Tom Petty and Sheryl Crow, Krangle’s new single gets its roots rock edge from her producer, friend and long-time collaborator, Brian Siegel. “I asked him if he could do a guitar solo for a musical interlude,” Krangle recalls. “A week later, he sent back the song complete with electric rock flare and the warning, ’I turned it into a rock song. I hope you like it.’

“I loved it! I think the best part of working with a producer is when they challenge you to go outside your comfort zone.”

“West Coast Huck Finn” follows Krangle’s previous offering, “My Beautiful Dear,” released in March, and both singles prelude an upcoming third album for the Folk Music Ontario Colleen Peterson Songwriting Award nominee. Headbangers, A Musical Recovery of Mild Traumatic Brain Injury will be a collection of eight songs and an artistic journal reflective of Krangle’s recovery from a mild traumatic brain injury (MTBI) she experienced around two years ago.

“The injury happened while I was at work as an educator,” she says of the accident. “From there, my road to recovery included lots of yoga, nature walks, photography, meditation, and journaling. The act of completely slowing down opened the window to self-reflection, vivid dreams and a vast amount of creative flow.”

This summer, follow Raina Krangle’s adventurous, creative flow to the wondrous west side of Canada. “West Coast Huck Finn” is available on all digital platforms now.