Skip to main content
Imperial Ashes Shine a Blinding Light on the Darkness of Indigenous Injustice in New Single, “A Toxic Life” 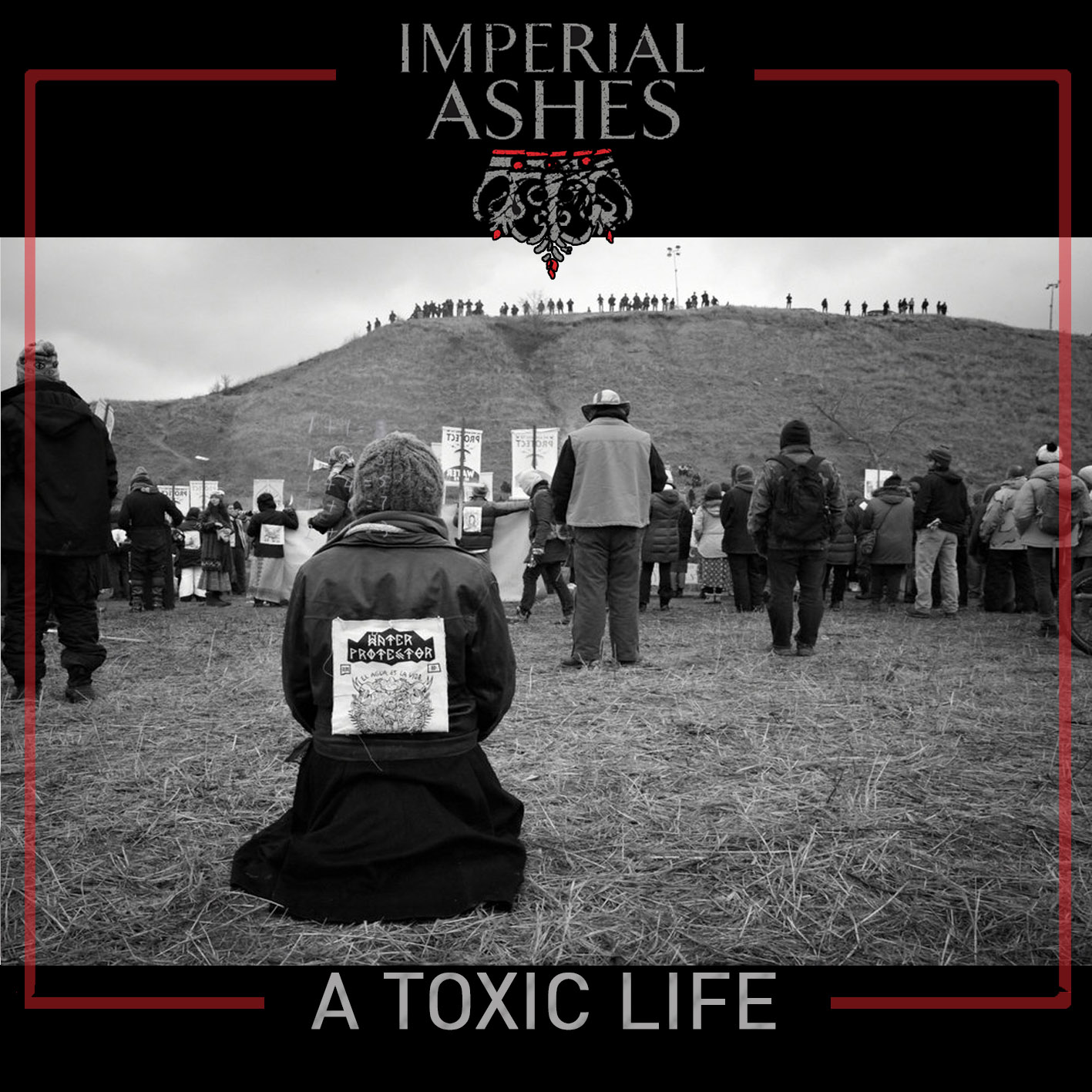 In an urgent call-to-action to address injustices and atrocities that have plagued Indigenous communities for centuries, Canadian rock band Imperial Ashes dive to new lyrical depths to shine a blinding light on neocolonialism in this, their new song, “A Toxic Life” Watch and listen on YouTube here: https://youtu.be/LOxxF8wfo7E

Continuing to craft a soundscape that is fresh, yet familiar, it’s their fourth single released under the guided stewardship of multi-Grammy-winning producer David Bottrill (Muse, Rush, Tool), and accomplished music engineer/mixer Michael Phillips (Stone Sour, Between the Buried and Me).

“A Toxic Life” is inspired by the personal journey of the band’s lead vocalist, Rayna Elizabeth; she chose to re-examine Canadian history after Dr. Ian Mosby published his work about government-sanctioned research conducted forcefully on starving Indigenous children. “He showed that First Nations people were used by the Canadian government as unwitting subjects in experiments so that scientists and bureaucrats could gain knowledge about malnutrition to further their political and professional interests.” The research would not only change her settler perspective on her homeland forever, but would also tie-in with the band’s overall theme of highlighting injustices.

Armed with raw, instrumental talent, and stellar production value, Imperial Ashes have taken the stereotypical trappings of a hard rock/metal band and burned them to the ground. Along with the band’s signature sound, Rayna’s visceral lyrics pull no punches in calling out government hypocrisy and spotlighting the genocidal atrocities that have, and continue to occur, across Canada.

“Attawapiskat is screaming, you cover your ears
Poisoning water, Wet’suwet’en fears
Sterilization, your genocidal sins
No concern of yours to find the M.M.I. Women”

Imperial Ashes is challenging the status quo by harnessing the incredible power of rock to bring consciousness to a genre of music typically chastised for promoting controversy and vulgarity. Sophisticated metal compositions seamlessly weave through cerebral conversations on the fight for social justice and equality.

The unapologetic urgency with which Imperial Ashes speak on human rights abuses coincides with the band’s origins; a community activist for the past several years, it was during her master’s thesis research on wealth inequality and stigma that Rayna became inspired to make a difference using her voice with an incomparable passion and conviction alongside a band of skilled sonic assassins.