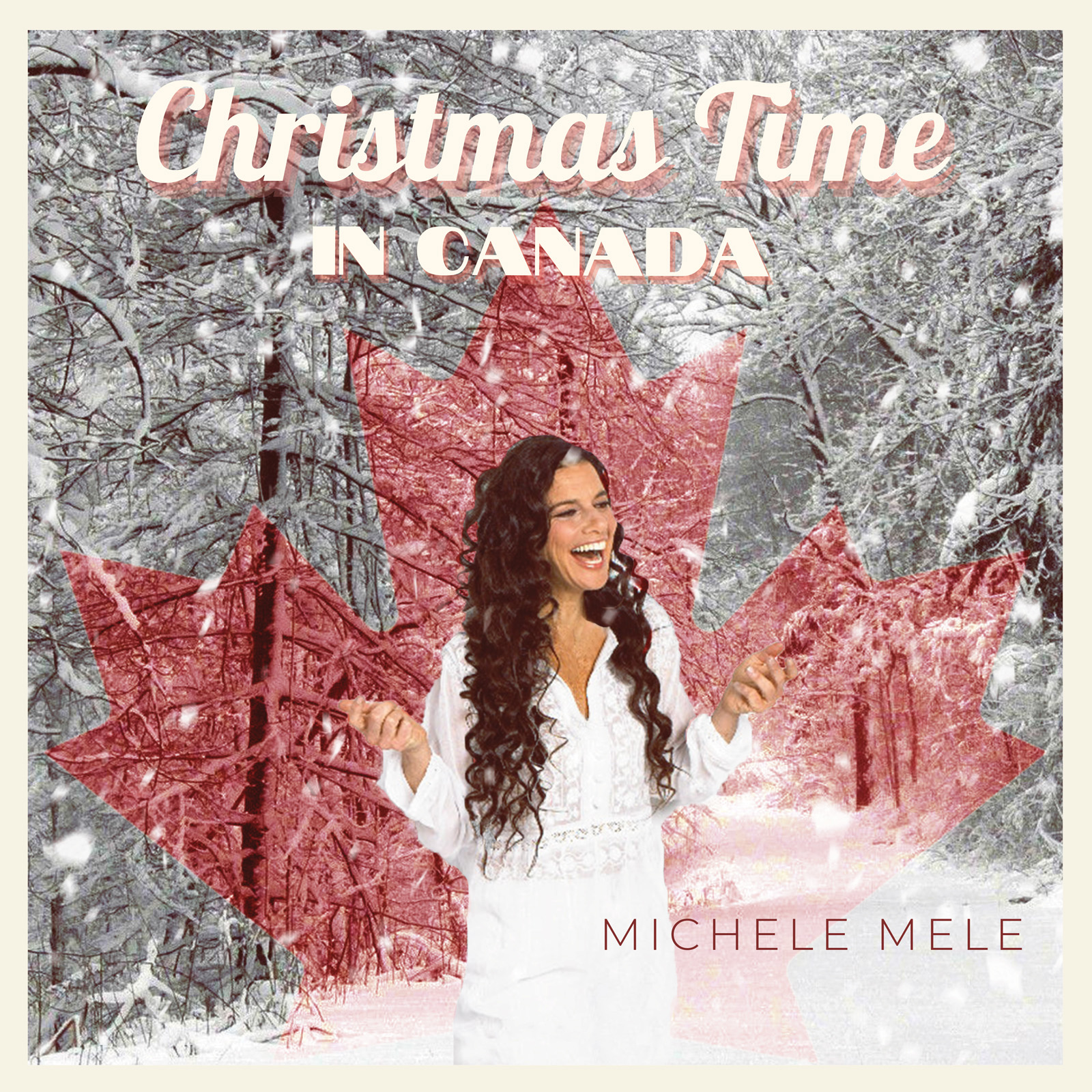 Despite her having graced most prestigious stages, it’s all about home for Schomberg, ON’s Michele Mele: her YouTube “Michele in the Kitchen,” where she reveals the secrets of home cooking — and sings, and her series “Concerts at Michele’s,” where she meets famous musicians in a comfortable domestic atmosphere of her Schomberg home — and, again, sings.

So it’s a little wonder that Ms. Mele’s latest release, out on November 16th, is titled “Cozy Christmas” — but then, it has to be a little wonder, because it’s an EP, a mini-album comprising four pieces. Preceded by a scintillating single “Christmas Time In Canada” — Michele’s original song — this record, a small collection of seasonal favourites, oozes class the listeners associate with the Ontarian and is more than likely to multiply the number of her fans.

Indeed, one will find it difficult to resist the minimal setting in which Mele intimately intones the Yuletide classics — “The Christmas Song,” “Let It Snow,” “Merry Little Christmas” and “Winter Wonderland” — as they go way beyond familiarity, and not only because of a personal twist that Michele added to the perennials, making them her own, but also because of the strong emotions underlying, and contrasting, the singer’s deceptively calm delivery.

This approach might be the reason why it took the Canadian so long to mold the album, whose history runs back to 2012 when Mele had an idea of making a Xmas album in a bossa nova style and, both surprisingly and understandably, could not wait until winter to lay down the record’s first tune.

“We recorded ‘Winter Wonderland’ on a hot summer day,” says Mele. “And I remember sitting on the deck at our cottage on Lake Wah Wash Kesh that weekend, listening to the first mix and just loved it! I was so happy that [producer] Greg [Kavanagh] found a way to include that beautiful harp glissando!”
Still, “Cozy Christmas” wasn’t destined to join the line of her full-length offerings – Mele’s issued six of these to the date – and “Winter Wonderland” is returning now alongside other seasonal cuts on the EP which will complement Michele’s previous, sultry albums such as “Cha Cha” and “Naked On The Rocks” — the latter a companion piece to the artist’s one-woman show of the same title.

Yet her efforts aren’t limited by writing and performing — be it solo, with her own ensemble or as part of the trio called ROBERM, where her voice joins the pianos of Bernie Senensky and Robi Botos. The Ontarian’s musical "Universe in a Kiss" combines music with circus and science, while Sunburst Festival that she created and curates is set to “honour and promote young professional musicians and visual artists who are carrying the legacy of art and culture into the future.”

Add to the list the aforementioned video endeavors, and pursuits in scuba diving, slalom water­skiing and the trapeze, and you’ll have an all-round character who cares about kindred spirits as if they were her family. It’s all about home for Michele Mele, remember? And what can be more home-like than Christmas that’s bound to be much cozier with this little record!