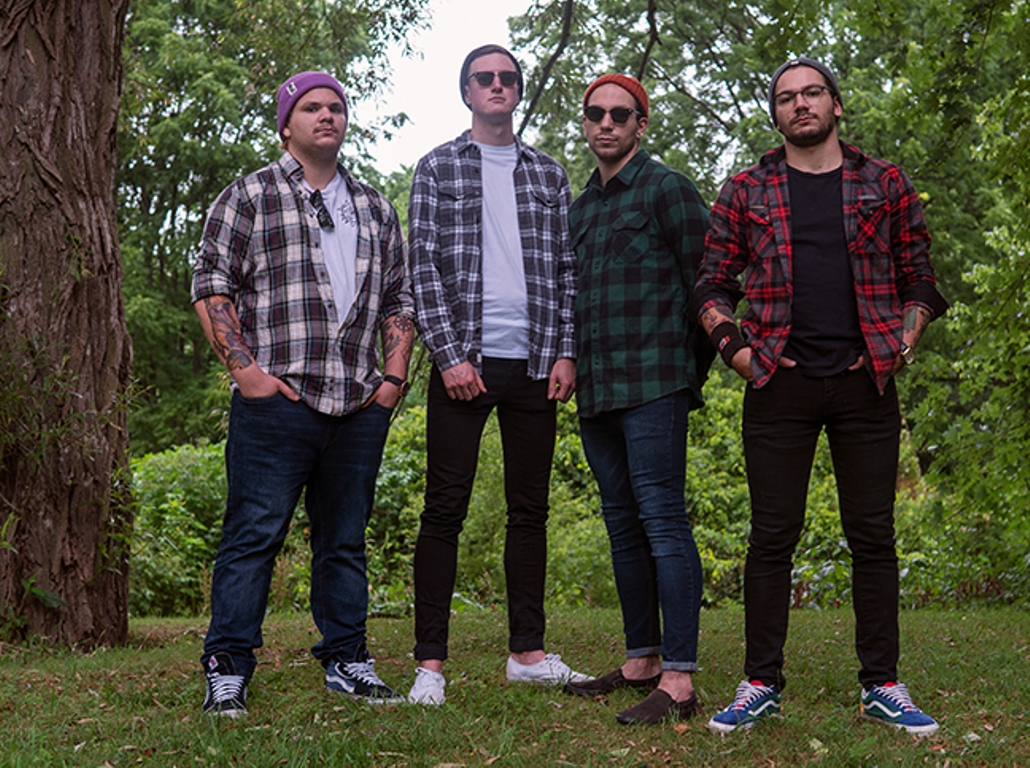 Watch and listen to “Beanies and Plaid Jackets” here:

What that ultimately looks like is a lengthy series of single releases — including 2020’s “How You’ve Grown” and “What’s Done” — and a debut EP, 2019’s It’s All in my Head; this month brings us back to that Canadian pop-punk anthem of note, “Beanies and Plaid Jackets.”

“This is actually one of our older tunes,” Josh says. “It was a brainchild of an old band member that was sparked by a joke. The lyrics and ideas he brought to us were hilarious, but we couldn’t find a way to work them into a song. Then, one day we were doing some writing and decided to throw them over some cheesy chords and it was like electricity.

“Words started coming out like wildfire and we were laughing our butts off writing these lyrics about high school stereotypes and joking about clichés.”

“When we were at Beach Road Studios recording this tune, we had a wild time,” Jack says. “Josh lost his voice, there was seemingly a world-ending snow and ice storm outside and, on the final day, we woke up to an emergency alert about a nuclear plant in the area!

“When it came time to record the video, we were all blown away by the mix,” Joseph adds. “Given everything that went on during the recording process, we NEEDED the video to be just as incredible.”

“We came up with this idea to have a ‘Plaid Messiah’ going around, converting potential followers to the ‘way of the plaid,’” Shawn — who also worked his creative magic on the video — shares. “We rounded up our crew, which consisted of close friends and family, and created this rad video that pokes fun at some stereotypes in style and fashion, as well as a controversial event here in our small town.