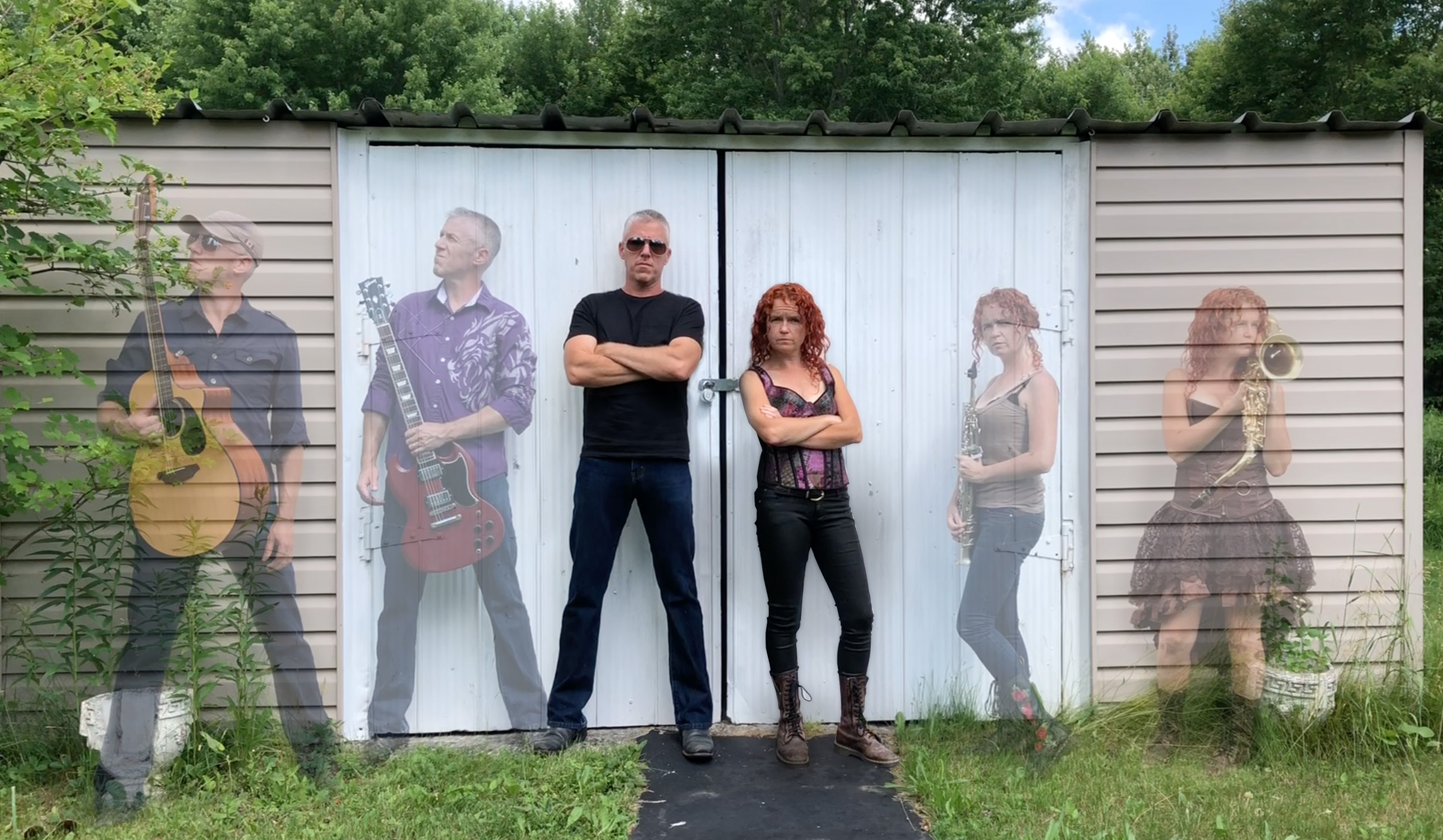 Rooted in a time when the Skinners — Rob and Sarah — were on tour in Scotland and noticed, amongst the rain clouds, the shadows always pointed towards a rainbow. It seemed to be an observation that could be applied to life in general too, and from that idea, “Brighter Days Ahead” was born.

“We are living in strange and confusing times,” Sarah says. “‘Brighter Days Ahead’ is intended to give the listener hope. It's a positive summer anthem for 2021!” Give a watch and listen to “Brighter Days Ahead” on YouTube here:

With previous releases — including Under Utopian Skies (2018), Behind the Wheel (2016), Live at the Blue Lamp (2014), Sinking the Mary Rose (2013), and Home Sweet Home (2012) — garnering the pair poll-topping and award-winning nods such as Alternative Album of the Year, Folk/Roots Album of the Year, Instrumentalist of the Year, and more, the band’s upcoming full-length, Bear With Us, is set to arrive October 22, 2021.

A collection of ten original songs, the new albums draws on hard hitting subject matters, such as dementia, homelessness and narcissistic abuse — all whilst still managing to produce soaring choruses, catchy lyrics, and the ever present award-winning sound of Sarah’s saxophone solos.

Bear With Us is an extremely full sounding album from two highly skilled multi-instrumentalists, and straddles multiple genres. The album is a triumph to positive thinking, and a further development of the band's signature sound.

Red Dirt Skinners have won countless awards in the UK, and spanned several genres before capturing the attention of the Canadian music press in 2015. Within just two years of their first-ever tour of Canada, the Skinners were invited by Canadian Immigration to become permanent residents under the “Performers of a World Class Level” category.  Rob and Sarah Skinner were thrilled and honoured, and accepted the offer immediately — turning their world upside down in what has turned out to be an extremely positive decision both personally and professionally.

With male and female harmonies blending together as one voice, and Sarah’s trademark soprano saxophone solos, you will be swept along by the refreshingly different sound of the Red Dirt Skinners. If you like songs influenced by Pink Floyd, Supertramp, Queen, and David Bowie — all coupled with some epic storytelling, humour, and heartfelt emotions — you'll love the Red Dirt Skinners and “Brighter Days Ahead.”