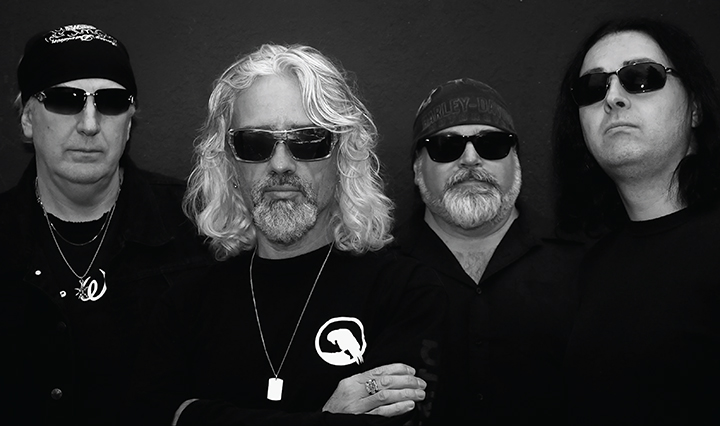 At 200,000+ streams across platforms, chart-topping Canadian rockers BigMotorGasoline are pushing pedal to the metal when it comes to this, their latest album The Way Things Used To Be, and new video for single “Whiskey Down”.

Check out the new video on YouTube for “Whiskey Down” here:

Their sophomore offering, The Way Things Used To Be is working man’s, A+ grade, southern rock with a bluesy swagger at its finest. And the video for “Whiskey Down”? Reminiscent of life pre-COVID.

“Making this album was a great experience from start to finish,” lead vocalist and rhythm guitarist John Freitas says of the 10-track release, “and ‘Whiskey Down’ is my favourite song from it.

“It paints a picture for me,” he continues. “It’s a snapshot of where I love to be, kicking back in the country. And from a song that was written more than three years ago at a friend’s house, to the video that we’ve just now released, in the middle of a pandemic and our industry’s total disruption, no less?

The track was initially penned before the current rhythm section was in place, and “was quite different,” Freitas adds. “But once the BigMotorGasoline lineup was solidified in 2018, the song was ripped apart and rebuilt with all of us contributing to make it a true four-man effort.”

Fast-forward, making the video was just as much of a wrestle as they swerved left on previous plans. “When the pandemic hit, all our live shows needed to be cancelled,” lead guitarist Roger Dafoe says. “Making videos was the answer when we asked ourselves what we were going to do, but even that decision wasn’t as easy as it seemed.”

Restrictions around gatherings and the camera crew’s mismatched availability delayed the shoot through to mid-September. “It was one of the last warm, sunny days before the arrival of winter,” Freitas recalls. “Roger led the way on his four-wheeler down a very narrow trail, deeper and deeper into the woods just west of where he’s based in Tweed, Ontario.

“I slowly drove my van, which was fully loaded with gear, thinking: ‘can I make it there?’

“We arrived at the sight of an old, broken-down shack that was used for producing maple syrup,” bass guitarist and backing vocalist Dave Brown explains. “For our purposes, though, it was going to be a moonshine shack. There was a cliff on one side of us, and very tall trees all around; it made us realize the effort to get there was the right choice.”

It was a skeleton crew of just two camera persons and, as it turned out, those very tall trees would force BigMotorGasoline’s hand at reimagining the pre-planned scope. “We realized the idea of drone footage from above needed to be scrapped due to the many trees in the way,” drums and percussionist Sterling Dale shares. “There were cameras on the ground, in the trees, on roofs, and on amps; it was ‘as many shots and as many angles as we could capture that day was going to have to do.’”

The original storyboard was to feature a backwoods party to set the scene of the song but, not wanting to risk fines for more than 10 people gathered, the band pivoted once again.

“Change on the fly,” Freitas considers. “It’s been a whole year of that, for everyone, and we’ve done what we can to keep getting music in the hands of fans who need an escape from the stress, and just want to rock out and have a good time.”

‘Doing what they can’ is a considerable understatement when considering the Peterborough-area band’s track record. As far as release offerings go, videos from The Way Things Used To Be are consistently welcomed with upwards of 40,000+ views apiece — including “Iron Horse, and the 10-track LP’s title track, “The Way Things Used To Be.”  “Whiskey Down” has recently passed 52,000+ views within six weeks of release.

Between the music found on The Way Things Used To Be and their breakthrough debut, Fuel to Burn, BigMotorGasoline have been featured on upwards of 150+ radio station around the world — including nationally across Canada, across the US, Germany, South Africa, Spain, Australia, and the UK; Fuel to Burn’s “BYOT” hit #2 on CJIM’s 2016 Top 30. BigMotorGasoline have been featured in the UK’s Rock & Metal Magazine, and the forthcoming edition of Moto Kul:Ture Magazine.

Dale is a sponsored artist with Soultone Cymbals, and the band has performed with the likes of Sebastian Bach (Skid Row) and Bonds Of Mara. Currently approaching ‘live performance’ in a new way, the band is set to headline at Belleville’s Empire Theatre this month for a future-streamed performance.