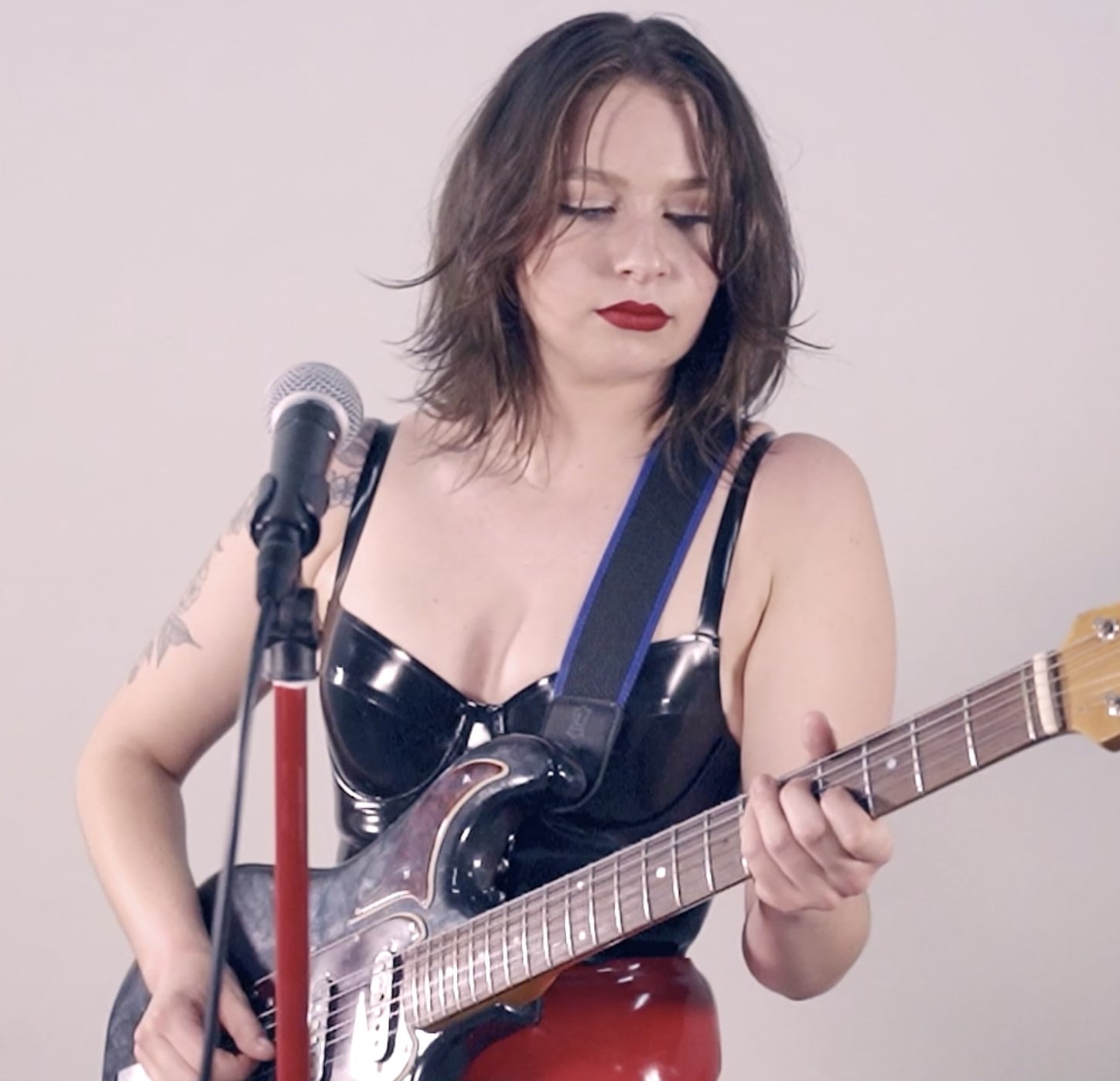 Roller derby enthusiast turned production badass of rock and roll, Siobamm trades in her roller skates for electric guitars and microphones on her new single, “Bones”.

The indie songstress is no stranger to the recording studio, having been introduced to the music community through her family’s band Madd Paddy. As Siobamm remembers, she stepped into the recording booth at the age of ten, and thereafter spent her formative years in Irish bars watching her talented kin perform. Now, she’s utilized her know-how and the creative genes passed down to her to create, design and devise a home studio she can call her own. From derby girl to songwriter, and producer, Siobamm can safely say she inherited the family business.

When the pandemic caused a global shutdown, it became obvious to Siobamm that a return to roller derby was unlikely in any near future. Inspired by the space and time she was afforded under lockdown, she took to learning music production, honed in on her previous experience performing in bands and went back to her song writing roots. “I’m proud of myself and what I created in a year,” she says. “I’m excited to keep learning and growing in all aspects of music."

On her debut EP, Gloom Patrol (May 2021), Siobamm’s efforts as both the writer and the producer provide a complete insight to her as an artist, and what she was willing to put forward for her debut record.

“There are not a lot of women in music production,” Siobamm says, emphasizing: “I want to show girls that learning the technical stuff isn't hard, and is really interesting and fun.”

With quarantine in mind, Gloom Patrol’s four-track-strong song list is a gothic anthem for the misfits dealing with the misfortunes of a world lost, and tucked away. Each track reminds the listener there is someone else on the other side of this tin can — just like you. Like me. Like Siobamm, who eagerly understands the peril of human existence in a time where everyone was locked down and forced to keep themselves company.

It’s a love letter to all of us, penned by a gal who took the time she was given to write something we could all relate to; chopped up into blended pieces that make the package perfect for the pallet.
It’ll have you asking for seconds. And let’s hope this jammer has plenty more in the pack.