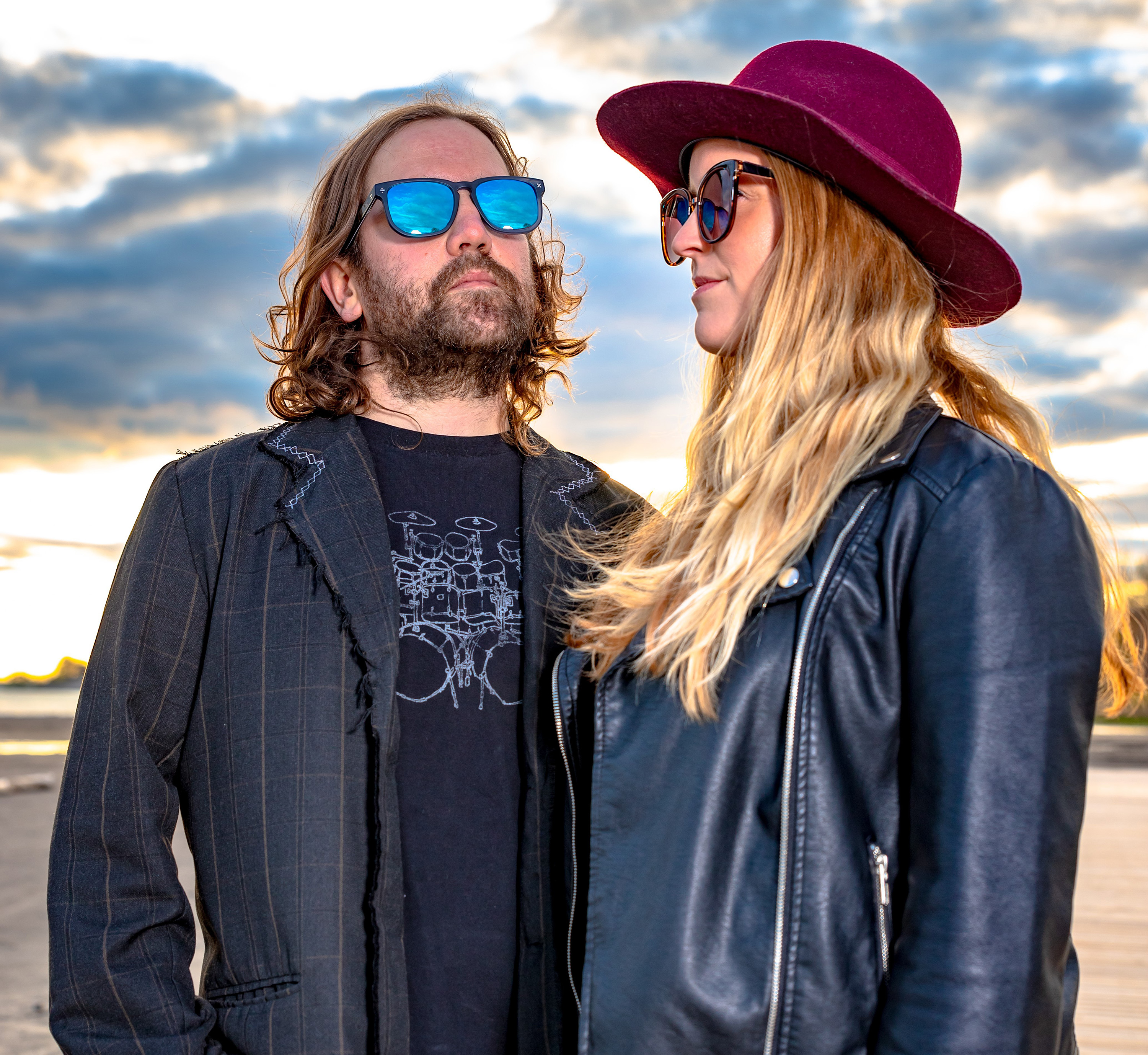 Known for their raw, insightful lyrics teeming with truthful observations about the state of society, Canadian indie-blues rock duo Fresh Breath are back with a new story to tell by way of single, “World Gone Crazy”.

From their forthcoming album, How Did I Get Here, and joining the ranks of previous singles “Likes & Shares,” “Time For a Change,” and more, “World Gone Crazy” lands as an anthem for each of us in the midst of a global pandemic; an ode to what we are presented each day.

And through it’s boot-stompin, electric-guitar riff strummin’, truth-packed grit, the song delivers on telling it exactly how it is.

“We were frustrated not being able to play shows and tour, so we took it out in the song,” Fresh Breath says of the track. They add that it “opened the floodgates of our creative juices and led us into writing the rest of the album.”

“World Gone Crazy” takes no prisoners and holds nothing to chance in an approach that’s now become synonymous with the husband/wife, singer/songwriting duo that have received a wealth of accolades and praise. For Josh and KT Pascoe, their particular grind of authentic indie rock — complete with alt-country undertones and blues accents — has earned them more than 100,000+ streams across Spotify, and garnished acclaim, radio attention, and a legion of fans ready to hang off their every word along the way.

The song is included on Fresh Breath’s hotly anticipated upcoming release, How Did I Get Here — set for release August 6, 2021. The six-track EP is set to be a journey of discovery, reminiscing, and reflection over 2020’s intricate global disasters, and how the human spirit is coping with the change.

“It’s a culminating reflection of our own relationship stories,” Fresh Breath explains. “From the early days of when we first met, to our take on the world in isolation, and the darkness that we were forced to find in order to keep our own lights shining...”

The dynamic record highlights and showcases the duo as powerhouse songwriters and talented multi-instrumentalists, featuring Josh’s harmonica, and KT’s whiskey-soaked vox; they are a tour de force, each a compliment to the other, and their trust in that is what compels the listener to stick around for what’s coming next.

Like this EP. A succinctly told tale of two lovers in a world gone crazy. From wishing and wanting, to singing and surviving, to helplessly hoping for a new chapter to arise, How Did I Get Here looks for the answers and is satisfied with the answers it reveals.

The album will be available for digital download through their platform on Bandcamp and Apple Music, along with physical copies being pressed to vinyl — with exclusive pre-sale bonuses available.

In their words, the release is “proving to be their most revolutionary yet.”

The band also hangs it out to dry on their fully stocked YouTube channel, where fans are invited to go behind the scenes into Josh & KT’s world of music, performing, and daily lives.

The band’s secret weapon is their authenticity to themselves and their craft — incorporating their own flare onto mesmerizing covers including the Doobie Brothers, The Cranberries, and many others. Between the pair’s exceptional instrumental talent, their signature vocals bleed passion and excitement over each song they bring to life.