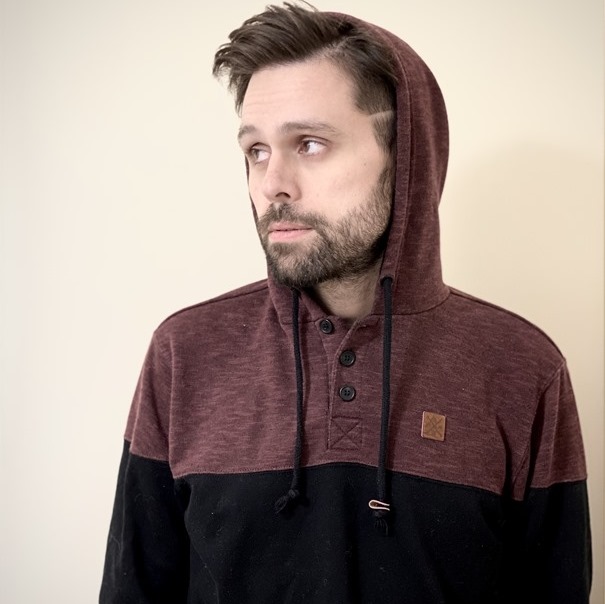 Packed to the brim with emotion and strife, Chris Caulfield’s newest single “Feelings” is hauntingly delicious in all the best ways.

Despite the wave of new musicians crashing on the shores of 2022, Caulfield stands above the noise with introspective lyrics and evocative melodies, using engaging compositions as the foundation for his tightly woven mix of alternative, emo rock, hip-hop, and more.

Playing in bands around the Toronto area exposed Caulfield to the production side of music at a relatively early age — however, nothing was solid yet. He spent a good chunk of his early twenties managing his own businesses and starting a family and, while he may not have taken the plunge into music yet, he was constantly exposed to situations that would eventually fuel his songwriting.

Caulfield is no stranger to strife. Struggling with chronic pain, mental health, and a range of challenges and obstacles standing between him and a successful music career, there was never a shortage of inspiration for this emerging artist. Throw a global pandemic into the mix and you’ve got a recipe for disaster — or success, in Caulfield’s case.

Once the lockdown was in full effect, Caulfield went to work setting up a home studio. While his initial intent when beginning the producing process was to find a healthy coping mechanism, it eventually blossomed into something else. Within a few short months, Caulfield had three singles with fleshed-out release campaigns; he released “The Other Way”, “Gripped” and “Wolves”, followed a week later by “Letdown” which hit 10,000 streams in its first 30 days on Spotify.

With a full-scale production team, two European-based independent labels, an opportunity to write songs for TV and movies, and an artist development project with a Canadian indie label, there was nothing standing in Caulfield’s way.

“Feelings” production complements the timbre changes of Caulfield’s vocal performance, creating powerful swells of energy and dropping the listener into the void. This rollercoaster recreates the swells of emotion that come from emotional highs and lows, especially as our brains try to check out of high-intensity situations.

“The brain can enter a ‘numb’ type state following periods of high intensity, such as an anxiety attack, a traumatic experience, etc,” Caulfield shares. “The result of the rush/crash acts as a protective mechanism; that’s what I wanted to re-create in the song.

“I found my first experience with numbness uncomfortable and, while short-lived, it was something that both intrigued and concerned me – a calm in the eye of the storm, but a feeling that you shouldn’t be there,” he adds.

The depth that Caulfield endowed upon the overarching story of “Feelings” is breathtaking when stepping back and taking a deep listen. The production compliments the “rush/crash” feeling that Caulfield describes. When listening to the lyrics this hyperbole becomes obvious.

“That sort of conflict associated with going ‘numb’: trying to associate our brain’s protective efforts of going ‘numb’ yet feeling the intensity of a situation or pain. It shouldn’t be masked or taken out of focus, and I wanted to weave that into the song.”

Caulfield provides an empowering reference to this internal dilemma while reflecting on his choice of words.

“On top of the heat, fire burns the skies / And all I still hope is the numbness dies”