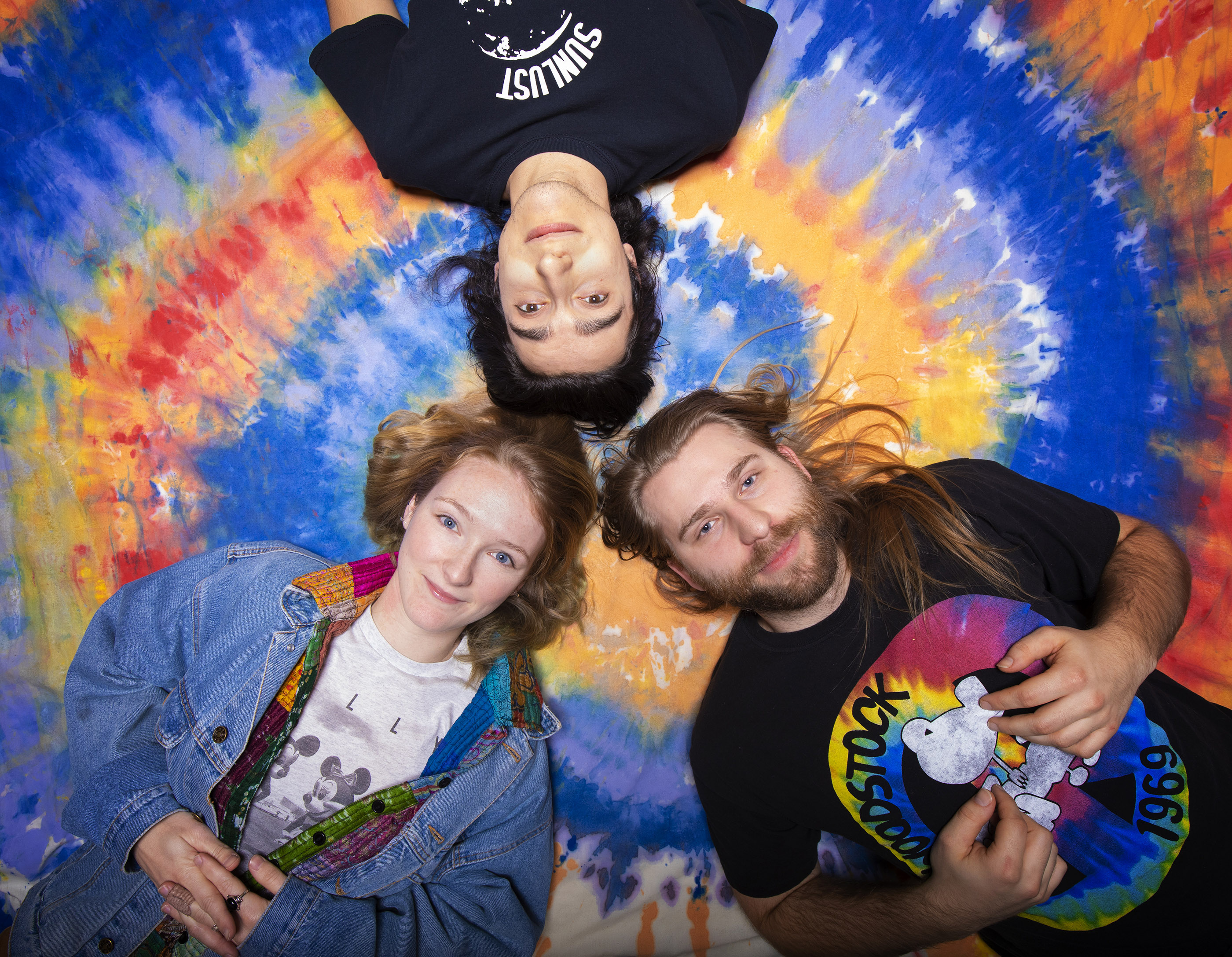 “It was written about small bedroom daydreams of robot action figures in the grass, blowing in the summer breeze, and dreaming of floating away to easier days,” Woulfe shares of inspirations that stemmed from dreams and ambitions too big for her previous small town to contain; the founder of Sunlust hails from a remote locale in Ontario, where she was left to her imagination to stave off loneliness, boredom, and frustration. From there, the vision for Sunlust and its single were eventually actualized in the big city of Toronto, Ontario.

“Action Figure” is part of a collection of songs written from her adolescent experiences growing up in said small town. Initially intended to be a five-song EP, Woulfe and fellow bandmates Dan Wiktor (on drums) and Stefano Signorile (on bass) decided to incorporate those songs into a 10-song soon-to-be-released debut LP, Geek Confessions due to the pandemic.

Earlier previews of what’s to come include singles “Magnum Opus” and “Orange” — the latter of which was credited by Mystic Sons to be a “powerful introduction to the trio, filled with killer riffs, pounding production, and a truly catchy chorus” that channelled the “retro grunge sound of acts like Nirvana and Hole.” The Indie Machine says to “trust” them when they say “this is a band you don’t want to sleep on.”

“If these singles are any indication of the raw power and energy the band is about to bring with their debut album, we’re all in for a real treat,” Havoc Underground adds.

The sunny visual world of this particular single was conceived by Wiktor, and made in partnership with cinematographer and editor Mark Boucher. Boucher is known for his work with groups such as Cleopatrick, Ready the Prince, and Nothing Serious, and the video was filmed in downtown Toronto at 276 Sterling Studio.

From humble beginnings, Sunlust have made a bright and shiny name for themselves in the Toronto indie music scene, having received widespread acclaim for their extensive live performances, and stage sharing with notable indie acts such as Ready the Prince, Zig Mentality, Frankie the Pig, Joe Cool, and Barry Lyndon.