Skip to main content
Alt Rockers The High Loves Put a Breakup Behind Them With New Single, “Sometime” 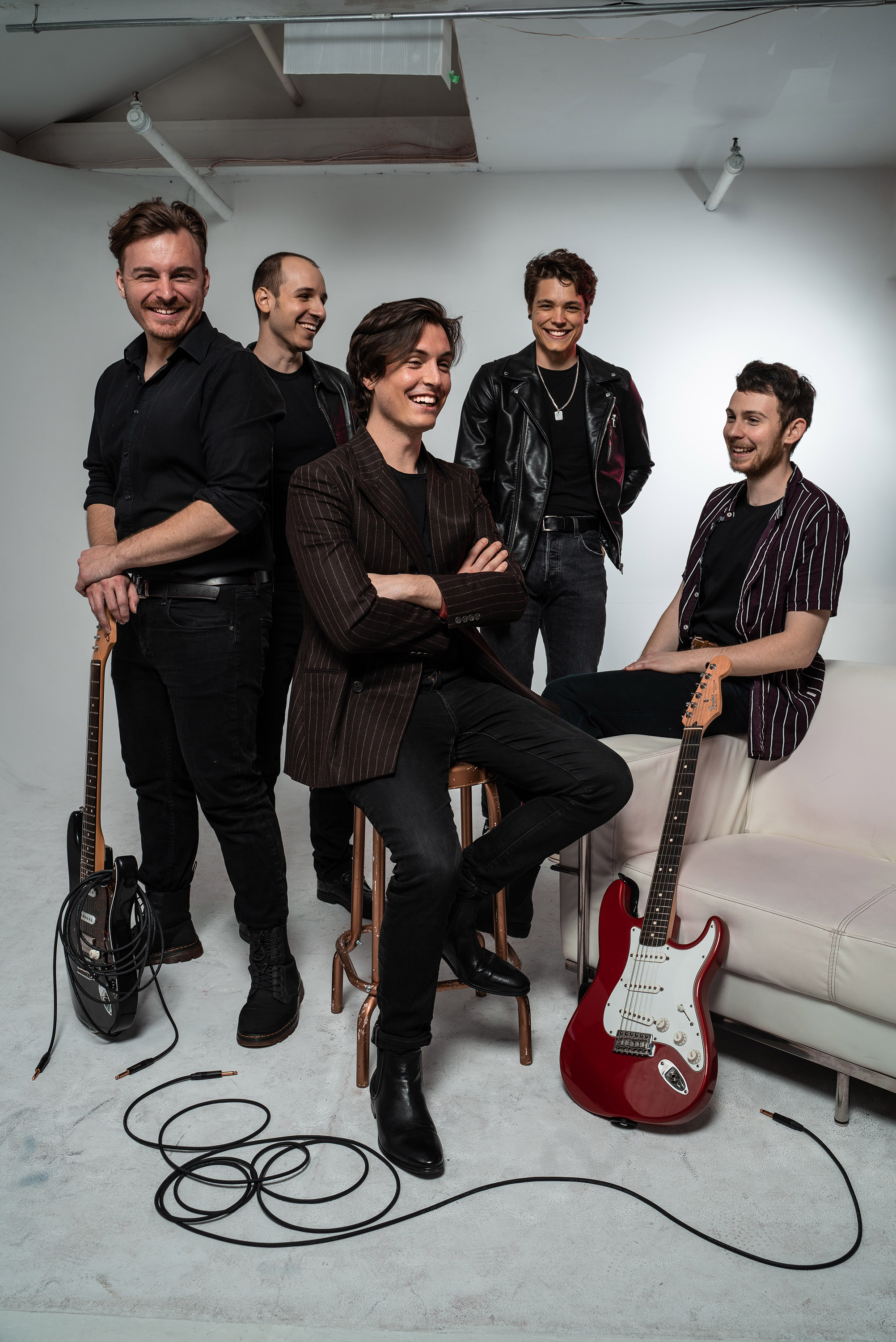 Sometimes just knowing an experience is in your rearview is enough to roll down the windows, turn up the tunes, and cruise along with zero cares... And with its laid-back tempo and smooth vocal harmonies, Canadian rock five-piece The High Loves and their new single “Sometime”  captures that very freedom of knowing a relationship is over and, hey, you did all you could.

Appearing on the alt-rockers’ forthcoming EP, Too Much Of A Good Thing, out this Fall, “Sometime” was one of those songs whose inspiration came out of nowhere. “I was just practicing my guitar one day when the song in its entirety just popped into my head,” guitarist Noah Mockton says. The lyrics were imagined as a goodbye letter to an ex. “It's about being okay with change,” he adds, “and letting someone you love go.”

The band’s friend Elise Mariah sings backup on the track, with an easy “sha-la-la” that imparts an early rock’n’roll vibe to the second and third chorus. The production style is deliberately less-is-more, and evokes a breezy, beachy end-of-summer attitude.

“We worked really hard not to overdo this song,” keyboardist Jeremy Ugro says. “We knew we had a great groove, so all we had to do was not fuck it up.” The synth lends to the song’s fun, which-decade-is-this throwback feel, while also providing enough contrast in the lead-up to make the guitar solo a standout.

“The solo was a bit of a challenge,” continues lead guitarist Marko Stojanovic, though he did have a lot of fun recording it. “There’s a ton of ways you can express a single note and finding the right one proved difficult. I’m thrilled with how it turned out in the end.”

Culling inspiration from ‘80s pop and early-aughts alternative rock, the band’s ethos is one of both serious fun and addictive music tugging on your consciousness, demanding to be played again (and again). The band had their first show – and debuted their debut single “Perils of Passion” –  in January 2018. Their Serotonin EP followed that same year. They toured Ontario the following summer, and had a big win in November 2019 in the rock category of The John Lennon Songwriting Contest.

January 2020 saw The High Loves performing at GRAMMY Week in LA, right before the global pandemic.
Lockdown was a fruitful time for the new lineup, and The High Loves will release their Too Much Of A Good Thing EP this fall.