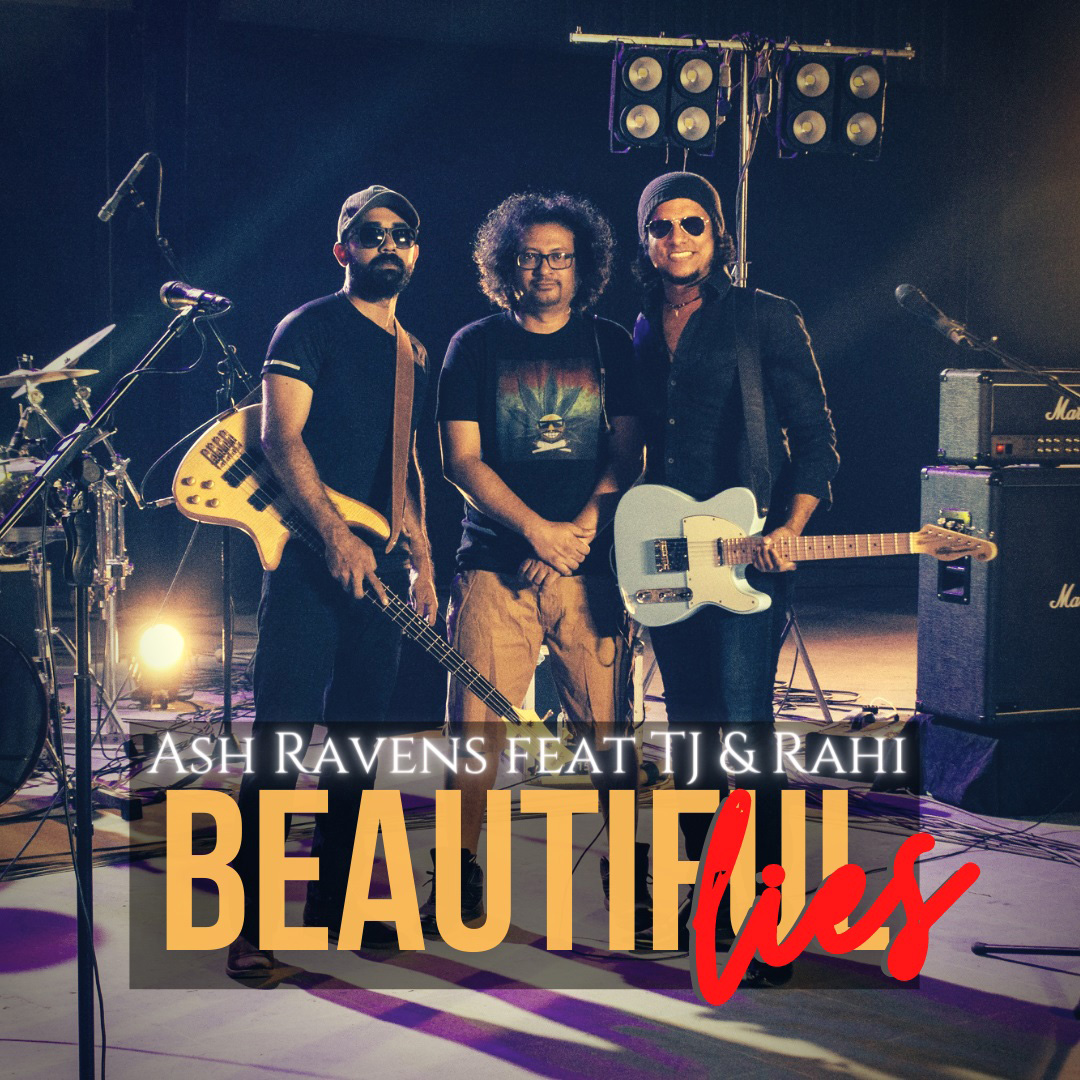 Taking on the “lies and deception” this Ottawa-based, Bangladeshi-born rocker experienced in a past relationship, bilingual musical virtuoso Ash Ravens has burst onto the Canadian music scene with a brand-new, tongue-in-cheek single called “Beautiful Lies” — available now!

Complemented by emotional instrumentals, Ravens’ richly layered lyricism is drenched in satire as he sardonically projects so-called love for his partner’s lies — all while feeling used and trapped in a cycle of toxicity, with no idea how to escape.

In his own words, the veteran musician summarizes the song as being about “knowing when the other person is lying and cheating,” he shares. “You let them keep doing it, and let them dig their own grave.”

The line “so lie with me / and lie to me” helps underscore his feelings about this former flame and, while the lyrics might be hard to stomach for those familiar with the subject matter, “Beautiful Lies” is a real treat for avid six-string enthusiasts. There’s a lot to absorb in this three-minute, 30 second tune, from intermittent sweep-filled guitar licks, to undeniably melodic fills shredded by Ravens… You’ll be itching to go back and hear it again.

And to top it all off, the listener is treated with a mind-blowingly clean and awesome electric guitar solo following a hard-hitting vocal breakdown. (During the filming of the video for “Beautiful Lies,” Ravens attempted the “play-guitar-behind-your-head” act — made famous by Jimi Hendrix — during said solo and, because the director liked it so much, it ended up making the final cut.)

Following his most recent single — “Jochhonay Doobi” — “Beautiful Lies” is the first and only song Ravens wrote, recorded, and released after his migration to the Great White North. It serves as Ravens’ eighth overall single, and comes four years after his most recent and stunning self-titled debut album.

Born with the soul of a nomad and the heart of a musician, Ash Ravens graduated from the Los Angeles College of Music before finding himself down under in Australia — where he would play some of the country’s biggest music festivals, and earn two music degrees from Melbourne Polytechnic.

The musician then moved to Ottawa earlier this year; though he’s new to the Canadian music scene specifically, he’s been making music for nearly a decade now — all across the world. From his hometown in Bangladesh, where he was born and raised, all the way to some of the most iconic venues on Hollywood’s Sunset Strip and the streets of Melbourne, Australia, Ravens has come a long way in the short span of his music career.

With his recent move, Ash Ravens is making his mark on Canada's thriving music industry by blending the sounds of pop, country, rock, and alternative into something new and unique for the masses.