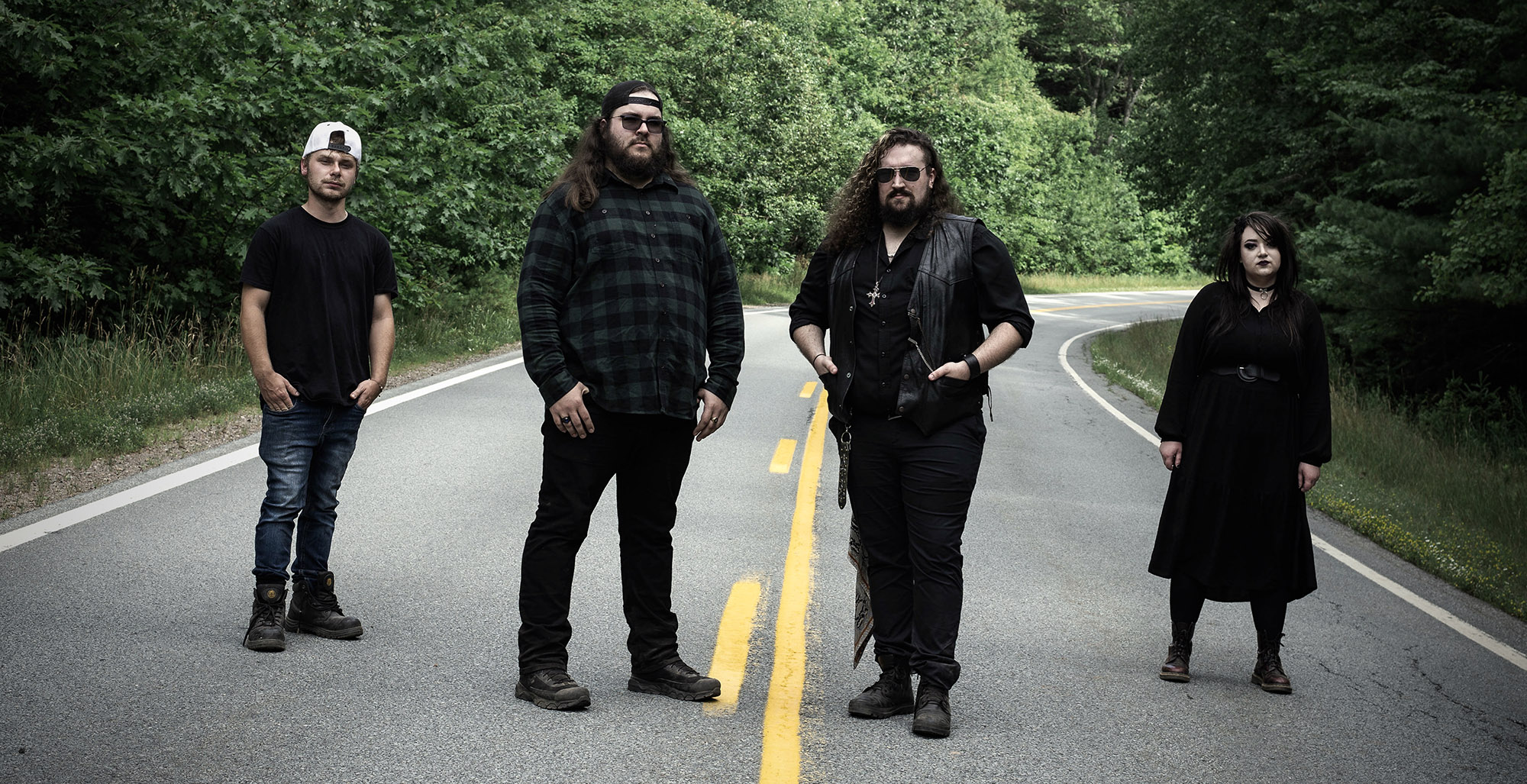 “Little Hell” is the latest song presented through the band’s unique sonic framework, The Testimony — a collection of songs more cerebral than your average rock ballad.

Thanks to Isaac Kent’s liberating guitar expertise that is so naturally arranged, audiences are immediately entranced by the high octane track rife with determination and persistence through fire and brimstone, start to finish. From there, the thunderous drum-work of Johnny Moore effortlessly accompanies Lance Hicks’ deceptively catchy bassline to render the backbone of this fiery track. The searing vocals of newly promoted frontwoman Rachelle Moreau round out this blessing to the rock gods.

Solidifying this super-charged new single is the expert craftsmanship and confidence of multi-Grammy and JUNO-winning music engineer, Eric Ratz (Enrique Iglesias, Billy Talent). A real emphasis on musical detail, along with stellar production value, ensures Dali Van Gogh continues to be one of the hottest bands out of the east coast with a sound Fireworks Rock & Metal Magazine’s Bruce EJ Atkinson calls “a monstrous river of sound that occasionally flows to some unlikely places.”

As if life during the pandemic for a musical act couldn’t be any more complex, the journey to putting together “Little Hell” was the most extensive test of mettle for Dail Van Gogh in an already long and winding road of ups and downs for the Halifax natives. After tremendous effort and resources were committed to recording the single last year, “Little Hell” was mixed and mastered, with the final embellishments in place for the initial release. That was when lead vocalist John Scotto made the impossible decision to leave the band due to health concerns, thus throwing their new song into limbo. The choice to promote their new female lead would follow soon after.

While Dali Van Gogh continues to demonstrate their dedication to composing the highest quality rock music possible, they also take the same meticulous approach to the visual components of their sound. Hiring a pair of well-known music video producers, the band set out to create compelling imagery that would accompany the song upon release. “Little Hell” was elaborately shot at Chebucto Head Lighthouse on an old Canadian Armed Forces Gun Battery. Little did they know that a massive technical mishap with the video production company would effectively drive all of Dali Van Gogh’s efforts into the ground.

Where other bands would have accepted defeat, Dali Van Gogh refused to let it get in the way of the significant opportunities on their horizon, so they did it themselves. A relentless work ethic led the band to research, plan, and execute every aspect of the video shoot personally. Despite the hurricane-force winds on location nearly leading to a cymbal decapitation, everything came together on schedule—a testament to the band’s perseverance and commitment to their music.

Dali Van Gogh was founded in 2008 by guitarist Isaac Kent in Halifax, Nova Scotia. Throughout their fifteen-year period, they’ve put out five records to varying degrees of international success and critical acclaim. They would re-adjust their music output to reflect the realities of recording in a Post-Covid world with veteran music producer Rob Laidlaw (Platinum Blonde, Glass Tiger), for the singles “Boneyard” and “Past Crimes” and most recently began working with legendary producer Eric Ratz, where they continue to thrive today.