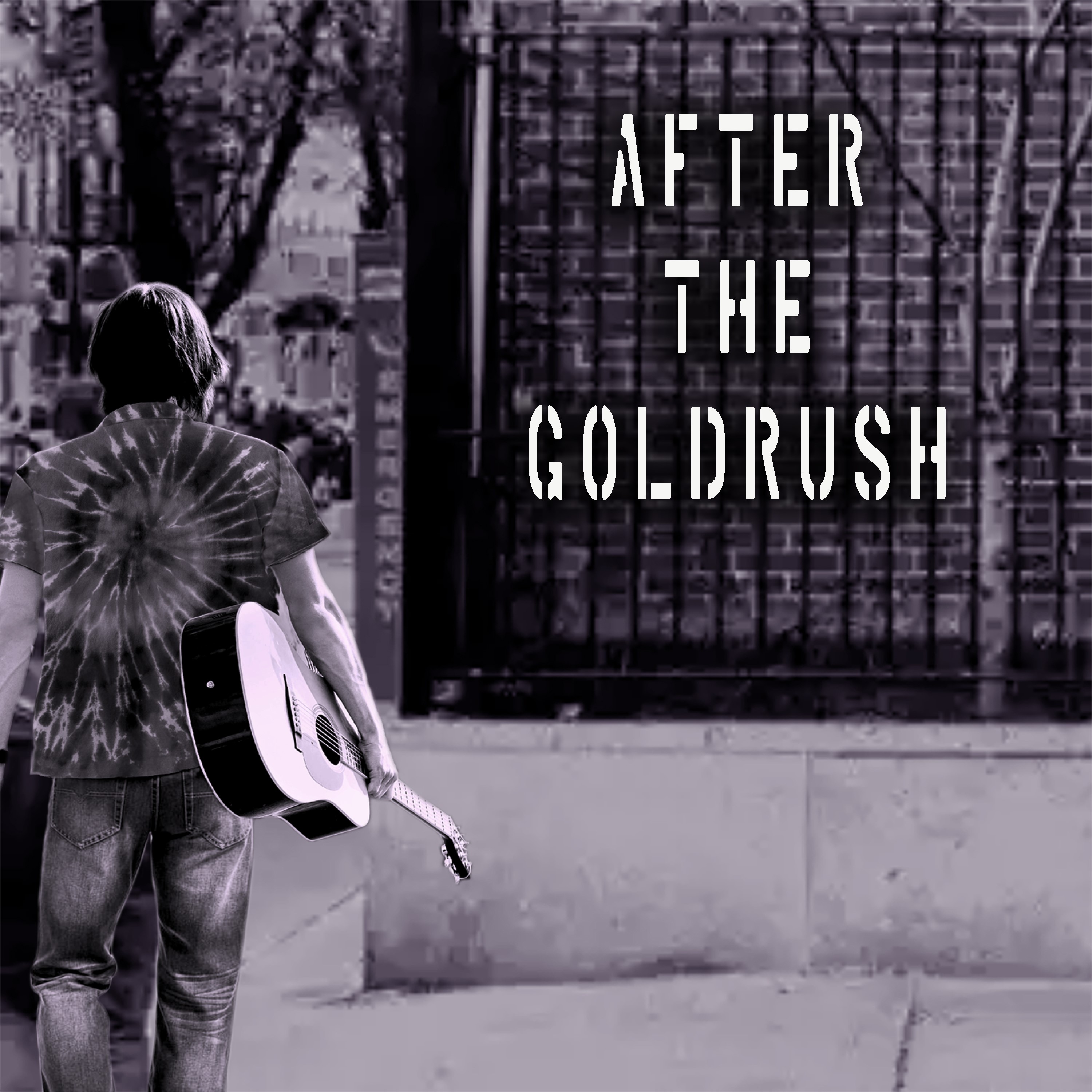 “It’s a haunting and beautiful song with a message that, even across the years, still rings true today,” Dixon says. “‘Look at Mother Nature on the run,’ goes the chorus, an urgent call to take care of our burning planet.”

In his real-life band, Dixon is a guitarist and vocalist. The other members of Downtown Exit/Barrel Dogs are bassist-vocalist Richard Maruk, drummer Darren Stinson, keyboard player Michael Dangelmaier and lead vocalist Jim Sarantis. With three different vocalists and songwriters in the group, Dixon was confident they would have the versatility to create a wide range of music for the fictional band found within the pages of Bootleg Stardust.

Released in April via Simon and Schuster, the novel Bootleg Stardust tells the story of young guitarist Levi Jaxon’s pitfall-laden rise to fame in 1974 as a member of the Downtown Exit while the band is on a wild, chaotic European tour.

In an interview with the Calgary Herald, Dixon shared his idea behind making the band in his book a reality: “I wanted to make it as if Downtown Exit are almost like a real band,” he explained. “It’s like, ‘Do you remember Downtown Exit from 1974? They had this song.’

“I’d love it if people would say, ‘Yeah … I think I remember them.’

Consequently, when it came time to record and mix the songs Dixon and his band had written for the soundtrack, they chose a very authentic 1970s-era studio to do so. The songs were tracked and mixed in the Rolling Stones’ Mobile Recording Studio, where Exile on Main Street and Sticky Fingers were recorded — along with iconic albums by Led Zeppelin and Deep Purple. The mobile studio is now housed at Studio Bell’s National Music Centre in Calgary, and Dixon and his band mates worked with the NMC’s Audio Manager Jason Tawkin to engineer their recordings; the songs were then mastered at none other than the iconic Abbey Road Studios in London.

“I remember Jason coming to us when we were already set up and he said, ‘Do you want to use Neil Young’s microphone?'” Dixon told the Calgary Herald. “Yes, yes we do. They had gotten that from Neil Young’s ranch in California. They had all kinds of amazing equipment that we got to use and get this sound. It’s the sound of 1974.”